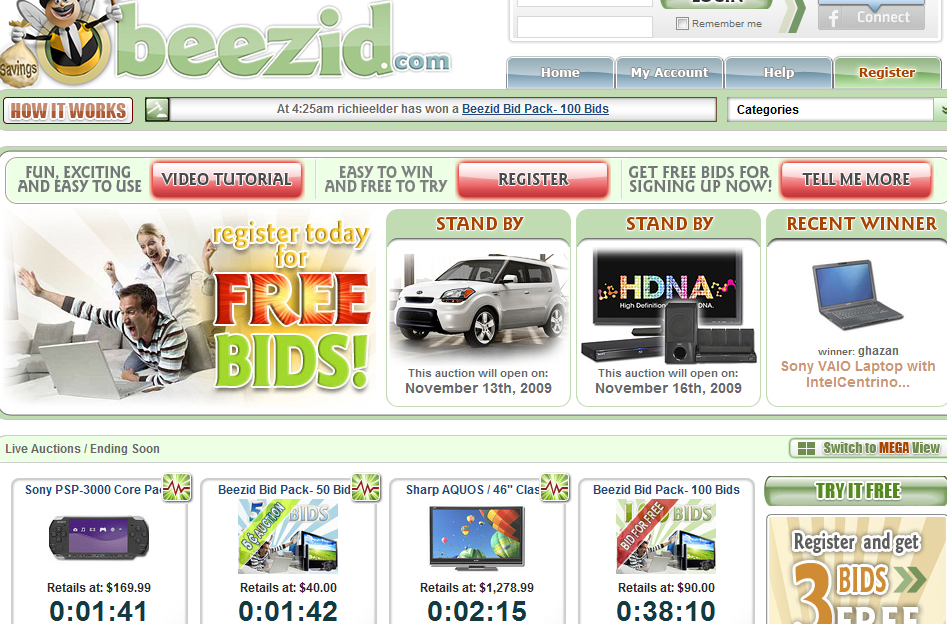 Cherry auctions are for users that have not won an auction yet.

Bid for free auctions let you bid as many times as you’d like for free but you have to pay the auction’s end price.

BeeZid.com also has reveal auctions, there’s currently a reveal auction for a 2010 cherry-red Dodge Challenger SRT8. Auction items include DSLR cameras, one went for under 60 bids a few days ago, TomToms, PSPs, MacBooks, HDTV’s and more. And finally, an auction for a Kia Soul opens on November 13th.

Have you tried Beezid? Discuss your experiences in the penny auction forum.

That’s why online pharmacies is becoming more pop over the last years. Well-known are remedies which are used to reduce inflammation caused by inflammation of the skeletal muscle etc. There were only few examples. Did somebody tell you about canadian generic Viagra? Maybe you yet know about the matter. Sexual dysfunction can be a result of a physical condition. Even when it has a physical reason, psychological problems can make the disorder worse. Sex drive problems are so commonly a product of how you feel that there is something to that “headache” saying after all.

Filed Under Auction News
About the author: Connect with me on Google+
101 comments… add one