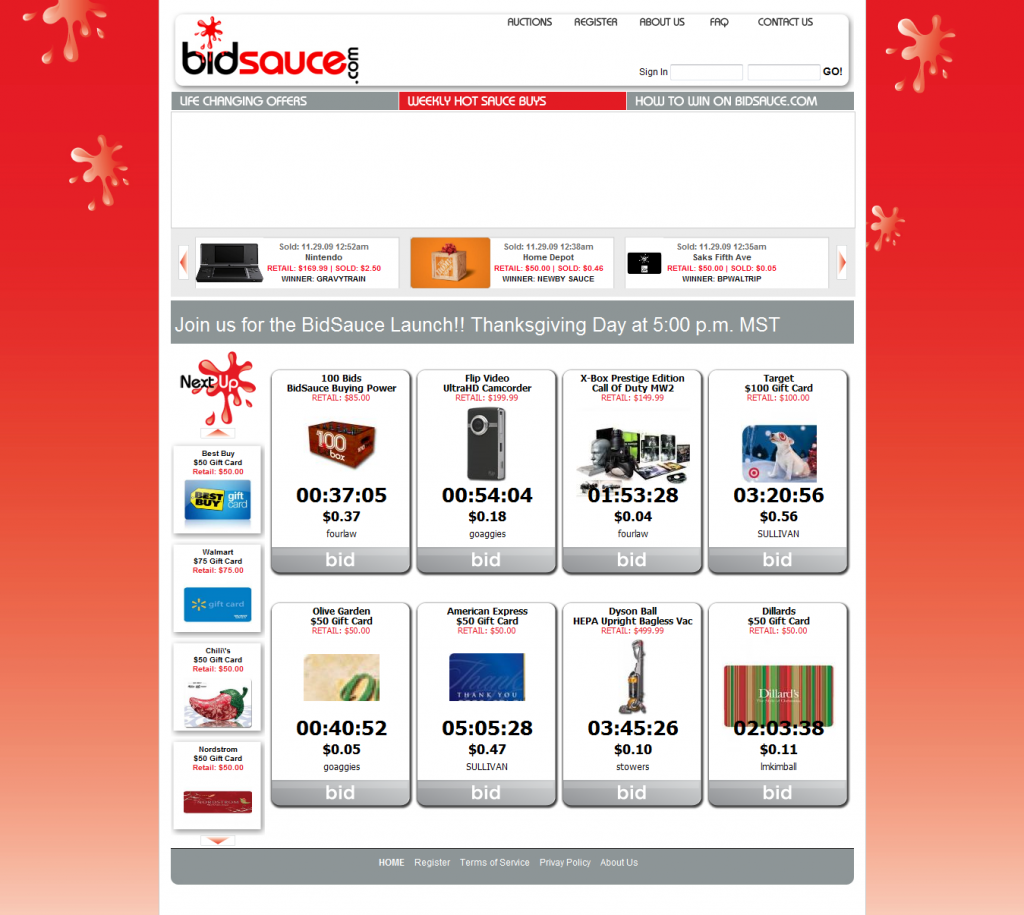 BidSauce is the first penny auction that we’ve seen to offer Turbo Auctions:

“Turbo Auctions are auctions that appear in a bidsauce red auction block. When a Turbo Auction appears get ready to rumble.Â The turbo auction starts the minute it enters the live auction area. The person that clicks the most times on the Turbo Bid Button in the 10 second count down wins. Being fast on the trigger finger is the key to winning turbo auctions. ”

According to WebsiteOutlook.com bidsauce.com receives 188 daily pageviews and does not yet have an Alexa ranking.

Have you tried BidSauce? Tell us your experiences about BidSauce and other penny auctions in our forum. Thanks!

That’s why online pharmacies is becoming more pop over the last years. Well-known are remedies which are used to reduce inflammation caused by inflammation of the skeletal muscle etc. There were only few examples. Did somebody tell you about canadian generic Viagra? Maybe you afore know about the question. Sexual disfunction can be a result of a physical condition. Even when it has a physical reason, psychological problems can make the disorder worse. Sex drive problems are so commonly a product of how you feel that there is some to that “headache” saying after all.