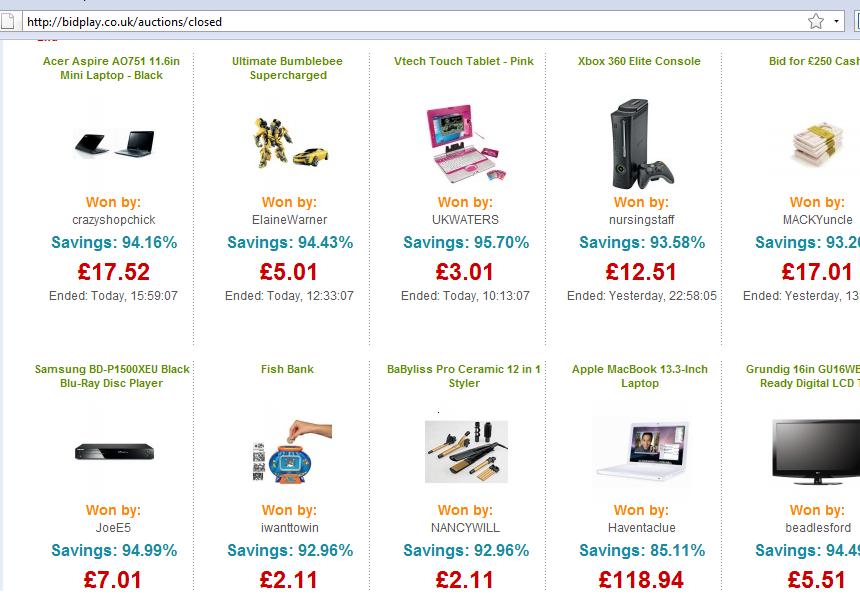 United Kingdom based penny auction BidPlay.co.uk recently wrote to us to tell us that they just launched. However, knowing that the Net4Bids script does have the bot function in the backend , seeing that Bid2Play uses this script we are a bit wary. Bid2Play’s Alexa Ranking is very high: 13,503,946, meaning they don’t have much traffic but they do seem toÂ  have many bidders.

What do you think?

That’s why online pharmacies is becoming more pop over the last years. Well-known are remedies which are used to reduce inflammation caused by inflammation of the skeletal muscle etc. There were only few examples. Did somebody tell you about canadian generic Viagra? Maybe you already know about the question. Sexual malfunction can be a result of a physical condition. Even when it has a physical reason, psychological problems can make the disorder worse. Sex drive problems are so commonly a product of how you feel that there is something to that “headache” saying after all.

Filed Under Legit or Not? Tagged With all pay auction, autobidder, bid fee scheme, bots, net4bids, new, Penny Auction, scam, UK Penny Auctions, united kingdom
About the author: Connect with me on Google+
0 comments… add one