Update: 12-03-2009: MAW has posted this YouTube video to show that they are not affiliated with RedBread:

Like we said we did not make claims only present what we found that all seemed a bit odd.

Look what I just found, funny because RedBread.co.uk was aware of PennyAuctionWatch at least by November 13th because that’s when they first contacted us to inquire about advertising. Just this morning RedBread told me they sympathized with me about this MAW site copying PAW, told me that they had no affiliation with MAW, now we have even more reason to believe that RedBread might be behind the My Auction Website copycat site. We’re not saying they are for a fact, but will present our findings and leave this up for the reader to decide.  This Twitter post was first Tweeted by RedBread, why would they say this copycat of PennyAuctionWatch is “At last a whistleblower for penny auction cons?” : See the Tweet and screenshot below:

8 days ago RedBread.co.uk Â Tweeted this:

At last the whistle has been blown on penny auction cheats who con their customers. Take a look at this http:// www. myauctionwebsite. com/ 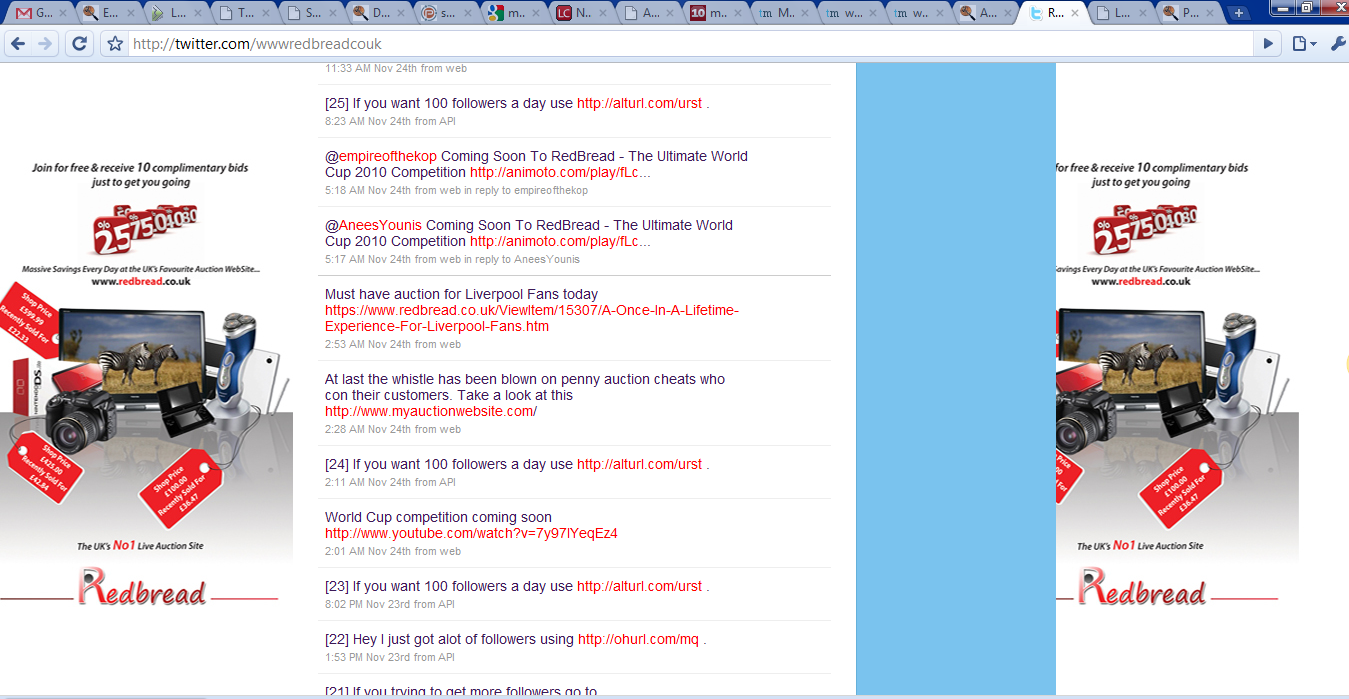 They call themselves “MAW,” we’re “PAW.” 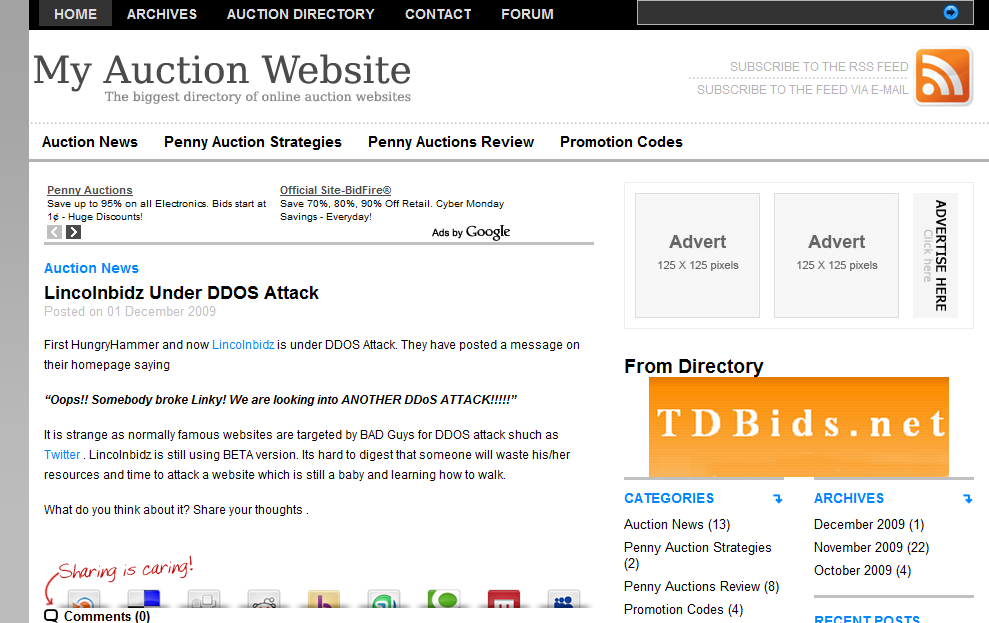 At first we were frustrated and disappointed to see MyAuctionWebsite since they copied everything down to our directory, categories, forum categories, ideas/articles, social bookmark plugin, structure, and linking articles to the forum to encourage feedback from readers. Â After all, they have no qualms about outrightÂ plagiarizing the New York Times, why would they care about Penny Auction Watch?

The penny auction industry is rife with competition and we felt like we were being “bid throttled.”

Oh, by the way, there’s a $10-18/month fee to be listed in MyAuctionWebsite’s directory and with a whopping 21 entries they call themselves the “BIGGEST Directory of Online Auction Websites!” Ok, there’s such a thing as marketing, but what they are doing is outright false advertising, (of course we already know they’re experts at that).

Here’s an excerpt from Â what seems to be RedBread’s gleaming self-review, Â in it they talk about their software and details that only a site owner would mention, it all reads very much like an advertisement.

“… I checked out the Redbread Customer Services to establish how responsive they were and I must say this was impressive too with the young lady I spoke to answering the phone very quickly and proving most helpful with my enquiry.Â My only criticism of Redbread is that they have appeared to concentrate purely on the UK market which is a shame when you consider the opportunities they have to market themselves to their European neighbours.Â In summary I found Redbread an enjoyable experience and can easily imagine them holding their own against the â€˜big boysâ€™ in the Penny Auction market. …” 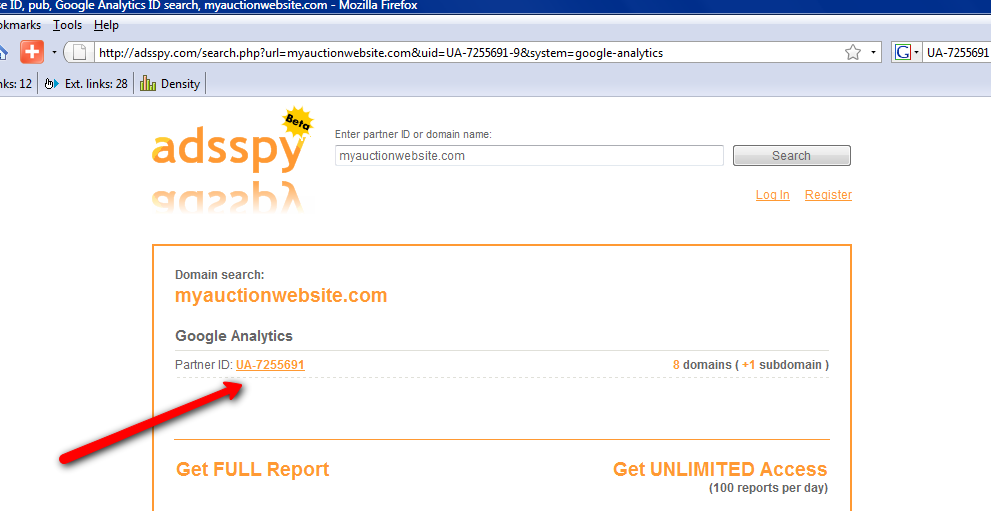 A Google search of MAW’s Google Analytics code shows that the same Analytics code is being used on the website of India based Xpertz Softech Private Limited, an offshore software development company,Â Â www.Xpertz.net. 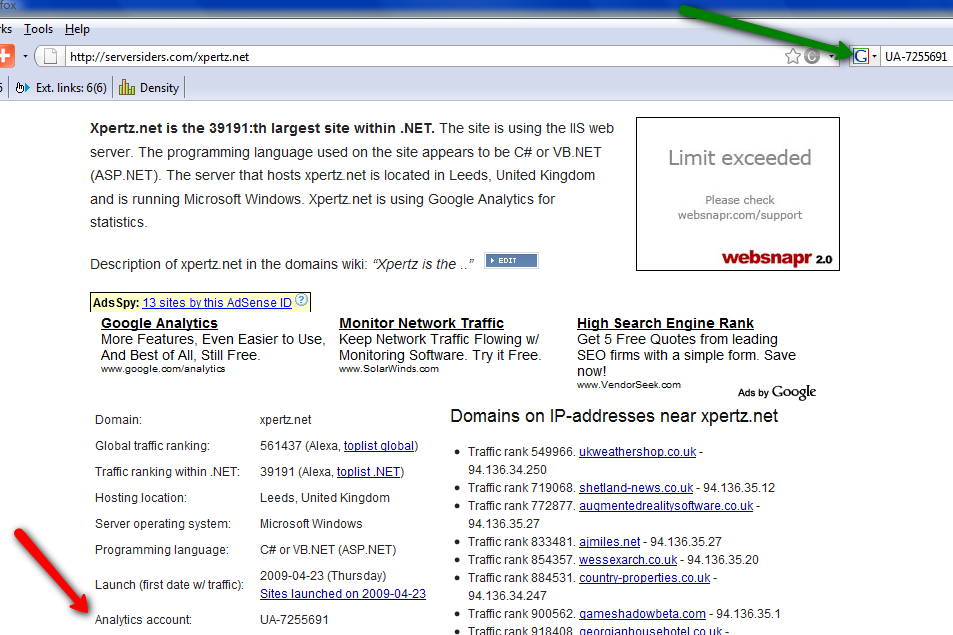 Then, on a hunch, a Google search of “Xpertz + Penny Auction” produced www.SEO-Xpertz.com. On the SEO-Xpertz website there are a small number of articles and guess what penny auction site they had an article on? Yep, RedBread.co.uk. 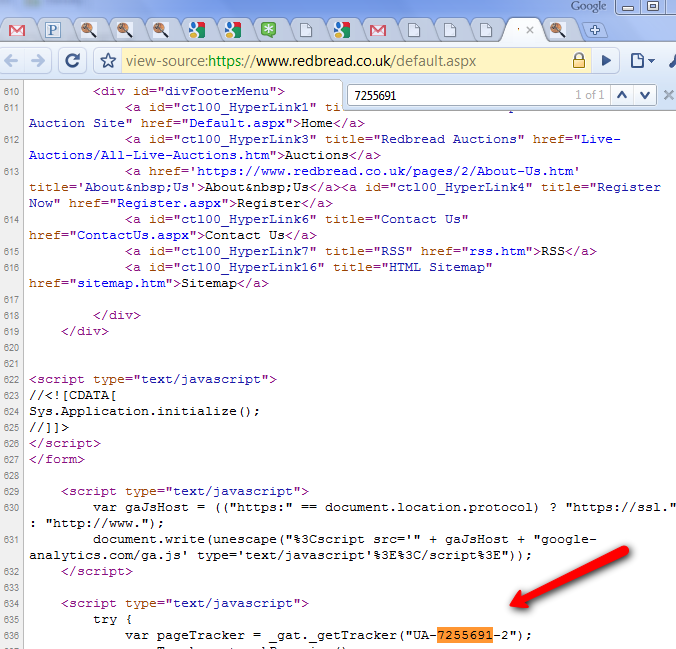 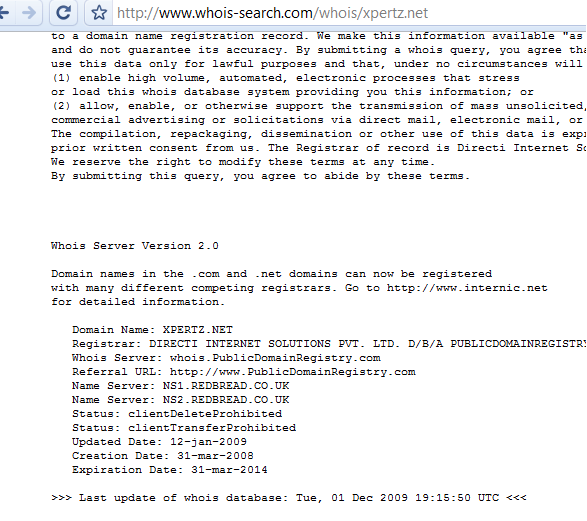 That’s why online pharmacies is becoming more popular over the last years. Well-known are remedies which are used to reduce inflammation caused by inflammation of the skeletal muscle etc. There were only few examples. Did somebody tell you about canadian generic Viagra? Maybe you along know about the matter. Sexual disfunction can be a result of a physical condition. Even when it has a physical cause, psychological problems can make the disorder worse. Sex drive problems are so commonly a product of how you feel that there is something to that “headache” saying after all.