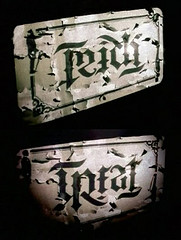 Back in August the FTC released a press release (which we told you about – join our forum!) stating that Internet marketers of acai berry weight-loss pills and “colon cleansers” were court ordered to stop their deceptive advertising and unfair billing practices. We’re glad this finally happened, but there’s a question we’d like to ask.

Coincidentally, some penny auction sites have been alleged to be now being ran by and/or advertised by Internet marketers who were/are allegedly doing just what the FTC is seeking to prohibit. Furthermore, we also do not believe that the “fake news/advertorial” sites are following the FTC’s Truth-In-Advertising Standards. Are they?

What is Truth-In-Advertising and what should it mean for penny auction site operators?

We already stated in a previous post that we will not allow penny auction sites that are advertising by way of fake advertorial to advertise on Penny Auction Watch,  some have told us that they are not doing the marketing, affiliates are. Because we cannot know what a site is doing at all times – note advertising on our site does not suggest endorsement- we are glad when readers e-mail us to tell us, and BTW please don’t say your name is “Anonymous at NA dot com”, those e-mails usually go to spam. Regardless of whether or not a penny auction site is doing the marketing or their advertisers are, we have pulled down ads from penny auction sites where their site is being represented and linked to from a fake news site.

Who owns the penny auction site and controls what advertisers do?

If they do not approve of marketers that are advertising their site by way of “fake news” advertorial they need to tell them, and they need to put an end to it. Regardless of who is advertising the site, the site’s name is still being advertised. Would you want your brand to be associated with something that doesn’t seem to be honest?

We recently noticed that BidCactus’ advertising department has the following message in their signature, “Bidcactus is committed to Truth in Advertising; we require our advertising comply with all FTC regulations.”

If you’re a site owner perhaps you should adopt a similar policy?

What truth-in-advertising rules apply to advertisers?

Under the Federal Trade Commission Act:

Additional laws apply to ads for specialized products like consumer leases, credit, 900 telephone numbers, and products sold through mail order or telephone sales. And every state has consumer protection laws that govern ads running in that state.

What makes an advertisement deceptive?

According to the FTC’s Deception Policy Statement, an ad is deceptive if it contains a statement – or omits information – that:

So, would these fake news sites – made to look like real newspapers, with real investigative reporters, be in violation of the Federal Trade Commission Act?

What about advertising that users will win items for less-than-retail all the time? Those of us who have actually bid on penny auctions know that this is not always the case and consumers need to know this.

The FTC takes violations seriously, we’d just like to know if these fake news sites & “mysterious charges” are indeed in violation, because they don’t seem to be honest in our opinion.

At the request of the Federal Trade Commission, a U.S. district court has ordered the marketers of acai berry supplements, “colon cleansers,” and other products to temporarily halt an Internet sales scheme that allegedly scammed consumers out of $30 million or more in 2009 alone through deceptive advertising and unfair billing practices. The FTC will seek a permanent prohibition. Since 2007, victimized consumers have flooded law enforcement agencies and the Better Business Bureau with more than 2,800 complaints about the company.

Acai berry supplements, derived from acai palm trees that are native to Central and South America, have become popular in recent years. Last year, the Better Business Bureau named fake “free” trial offers – including those for acai supplements offered by the defendants in this case – as one of the “Top 10 Scams and Rip Offs of 2009.”

“Too many ‘free’ offers come with strings attached,” said David Vladeck, Director of the FTC’s Bureau of Consumer Protection. “In this case, the defendants promised buyers a ‘risk free’ trial and then illegally billed their credit cards again and again – and again. We estimate that about a million people have fallen victim to this scam. As if that weren’t enough, there were fake endorsements from celebrities like Oprah Winfrey and Rachael Ray for a product that didn’t work in the first place.”

The court order halts the allegedly illegal conduct of Central Coast Nutraceuticals, Inc., imposes an asset freeze, and appoints a temporary receiver over CCN and several related companies, while the FTC moves forward with its case to stop the company’s bogus health claims and other deceptive and unfair conduct.

The FTC charged CCN, two individuals, and four related companies with multiple violations, including deceptively advertising AcaiPure, an acai berry supplement, as a weight-loss product, and Colopure, a colon cleansing supplement, as an aid for preventing cancer.

The FTC complaint alleges that to sell AcaiPure, the marketers made dramatic claims on their website, including:

“WARNING! AcaiPure Is Fast Weight Loss That Works. It Was Not Created For Those People Who Only Want To Lose A Few Measly Pounds. AcaiPure was created to help you achieve the incredible body you have always wanted …USE WITH CAUTION! Major weight loss in short periods of time may occur.”

In pitching Colopure, the defendants cited frightening statistics about colon
cancer, while promising that their product would get rid of consumers’ “excess weight and toxic buildup.”

The marketers also deceived consumers about their purported “free” or “risk free” trial offers, and about the charges and refund terms consumers could expect, according to the FTC’s complaint. The FTC also alleges that the marketers made numerous additional unauthorized charges to consumers’ credit and debit card accounts.

The alleged deceptive practices include:

“Visa is committed to ensuring that consumers trust digital currency when they shop online by protecting them from deceptive merchant marketing practices,” said Martin Elliott, Senior Business Leader, Payment System Risk, Visa Inc. “Deceptive merchant practices hurt the economy by eroding trust in e-commerce and undermining the vast majority of ethical merchants who deal and compete fairly. We have tightened enforcement of our rules against banks whose merchants generate excessive levels of cardholder disputes because of deceptive marketing. We also make it a priority to partner with law enforcement and agencies like the Federal Trade Commission and support their investigations such as this case.”

The FTC would like to thank the Better Business Bureau of Central, Northern & Western Arizona and Visa, Inc. for their invaluable assistance in this investigation.

NOTE: The Commission files a complaint when it has reason to believe that the law has been or is being violated, and it appears to the Commission that a proceeding is in the public interest. The complaint is not a finding or ruling that the defendants have actually violated the law.

The Federal Trade Commission works for consumers to prevent fraudulent, deceptive, and unfair business practices and to provide information to help spot, stop, and avoid them. To file a complaint in English or Spanish, visit the FTC’s online Complaint Assistant or call 1-877-FTC-HELP  1-877-FTC-HELP     1-877-382-4357

The FTC enters complaints into Consumer Sentinel, a secure, online database available to more than 1,800 civil and criminal law enforcement agencies in the U.S. and abroad. The FTC’s website provides free information on a variety of consumer topics.”

Then, on the 28th: FTC Charges Marketer for Making Phony Claims That Dietary Supplements Can Treat and Prevent Diabetes

And here’s a link to the FTC Newsroom for more.

Discuss this and all things penny auction related in our forum, and, membership really is FREE!

That’s why online pharmacies is becoming more pops over the last years. Well-known are remedies which are used to reduce inflammation caused by inflammation of the skeletal muscle etc. There were only few examples. Did somebody tell you about canadian generic Viagra? Maybe you already know about the problem. Sexual disfunction can be a result of a physical condition. Even when it has a physical cause, psychological problems can make the disorder worse. Sex drive problems are so commonly a product of how you feel that there is something to that “headache” saying after all.