Investigation Into All Penny Auction Sites is Imperative 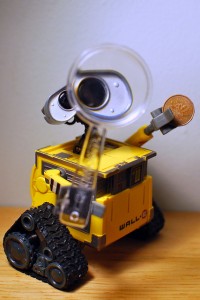 With developers making bot scripts readily available and even packaged into their software they sell, it’s easy for penny auction sites to siphon money from hundreds if not thousands of customers, who’s to say that they even have to ship ANY items?

In a previous post we published “Requesting An Explanation,” in it was presented a number of sites that we allegedly believe to have bots/shills bidding against real paying bidders. It’s been stated many times here before, there are script packages out there which make it easy for a site operator to shill bid. Script developers should be culpable as well.

There are some sites that have multiple high ticket items (i.e. Saunas, HDTVs, MacBooks, iPods, DSLRs, BOSE speakers, etc.!) up every time we go to their site, and the sad truth is they’re probably just running bots to rip off any unknowing customers.

To use bots/shill bid and then to advertise that users can win great items for a % off retail is wrong, it’s nothing more than a confidence scam.

People are getting ripped off and it needs to stop! We’re not saying that ALL penny auction sites scam people, because we don’t think all of them do, but we do think that there are many who do and, well, something needs to be done.

Some rights reserved by meddygarnet

That’s why online pharmacies is becoming more pops over the last years. Well-known are remedies which are used to reduce inflammation caused by inflammation of the skeletal muscle etc. There were only few examples. Did somebody tell you about canadian generic Viagra? Maybe you along know about the question. Sexual dysfunction can be a result of a physical condition. Even when it has a physical reason, psychological problems can make the disorder worse. Sex drive problems are so commonly a product of how you feel that there is some to that “headache” saying after all.