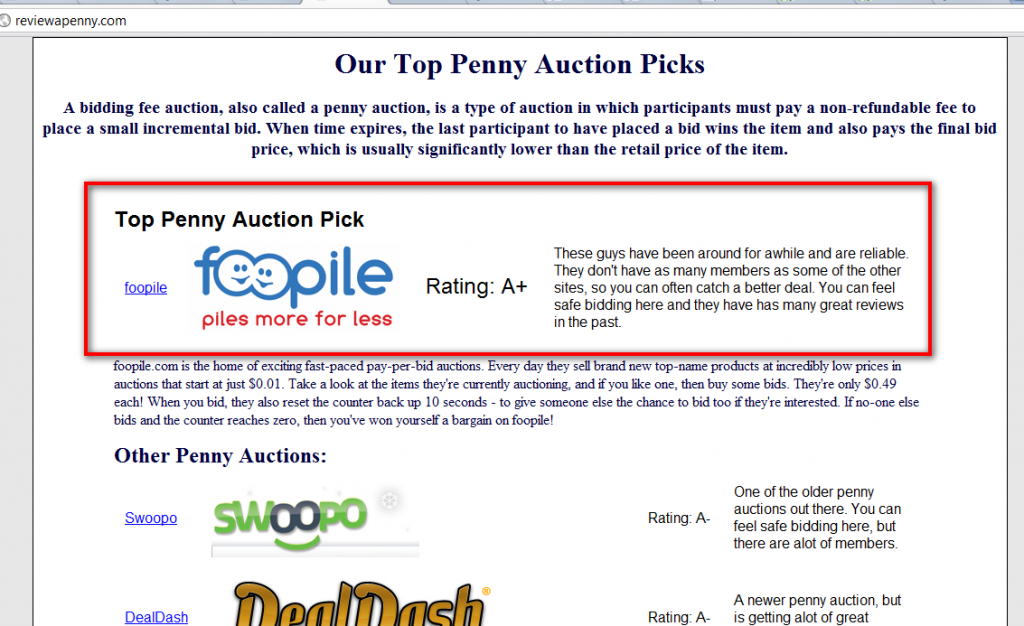 “These guys have been around for awhile and are reliable. They don’t have as many members as some of the other sites, so you can often catch a better deal. You can feel safe bidding here and they have has many great reviews in the past.”

They also list the following sites under other, and rate each accordingly: Swoopo A-, DealDash A-, SwipeAuctions B+, Beezid B+.

Penny Auction Watch members have had successes on FooPile, but should ReviewaPenny.com be referring to FooPile.com as “they/these guys”  and giving them a gleaming A+ rating?

Take a look at the Whois registrant e-mail addresses for both ReviewaPenny.com and Foopile.com:

Both share the same e-mail address foopile – at – gmail.com. 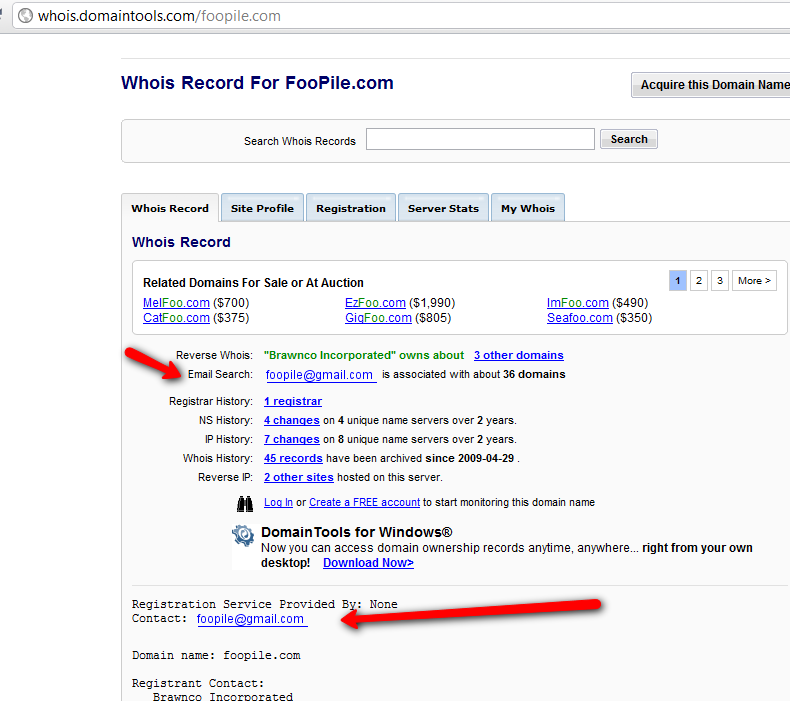 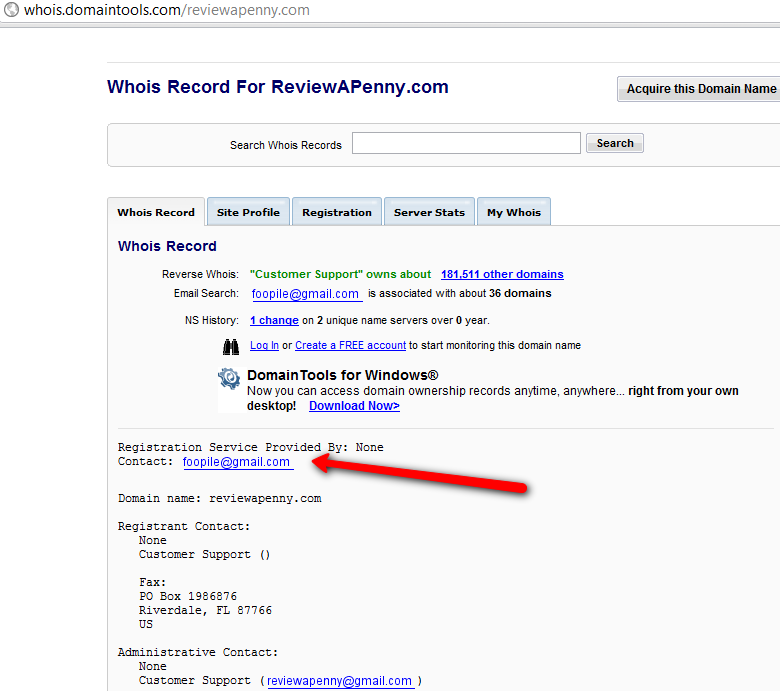 What do you think is going on here?
Join the Penny Auction Watch Forum to learn more about penny auctions, post your reviews, ask questions and more!

That’s why online pharmacies is becoming more pops over the last years. Well-known are remedies which are used to reduce inflammation caused by inflammation of the skeletal muscle etc. There were only few examples. Did somebody tell you about canadian generic Viagra? Maybe you along know about the problem. Sexual disfunction can be a result of a physical condition. Even when it has a physical cause, psychological problems can make the disorder worse. Sex drive problems are so commonly a product of how you feel that there is some to that “headache” saying after all.

Filed Under Legit or Not? Tagged With bidding fee, foo pile, foopile, penny auction reviews, penny auctions, possible shill, review, reviewapenny
About the author: Connect with me on Google+
6 comments… add one