QuiBids has just informed us that they’ve opened their penny auction site’s doors to Canada and will be expanding to other countries in months to come. The penny auction site is celebrating this event tonight 7/28,  and you’re invited to tune it.  To check it out visit Livestream/QuiBids.com at 6:30 CST.

QuiBids is giving back

In honor of tonight’s event, QuiBids will be running two special charity penny auctions tonight. In support of the non-profit relief organization Pros for Africa the penny auction site will donate 100% of proceeds from two special auctions:

Now that QuiBids is expanding will penny auction bidders see an increase in competition?

According to QuiBids, their expansion to Canada “will not increase competition because Canadians will be shown completely different auctions than those shown in the U.S.

Did you know that QuiBids had a game room for their employees?

QuiBids is perhaps the largest penny auction site right now. They seem to have more penny auctions per day than any other site, and with 104 we don’t think anyone else has more employees than they do.  The pay-per bid auction was recently awarded with the 4th Best Place to Work in Oklahoma award in the category of small-medium sized companies for 2011 by OKCBiz magazine.

Not only does QuiBids have a game room, they let their employees dress casually (go barefoot even), as well as offer perks like weekly catered food, beverages and massages. 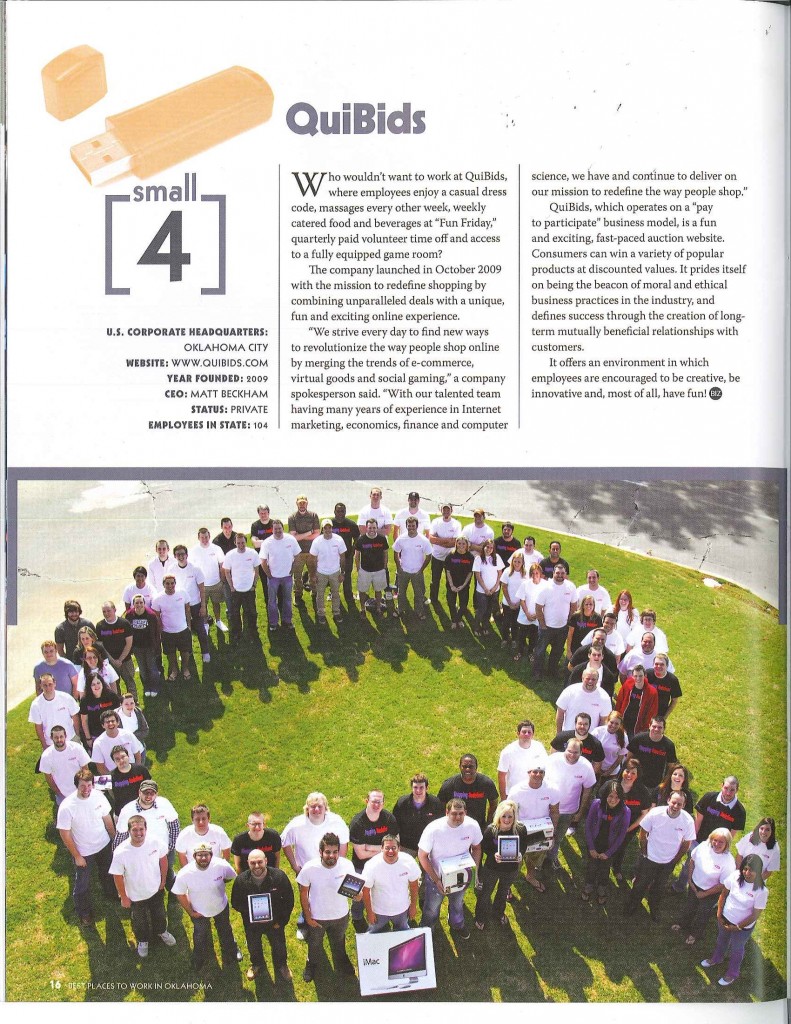 Have you bid on QuiBids? If so, please tell us about your experiences! Penny Auction Watch members have won and received items. We’ll be checking out the launch event tonight!

That’s why online pharmacies is becoming more pop over the last years. Well-known are remedies which are used to reduce inflammation caused by inflammation of the skeletal muscle etc. There were only few examples. Did somebody tell you about canadian generic Viagra? Maybe you already know about the matter. Sexual dysfunction can be a result of a physical condition. Even when it has a physical reason, psychological problems can make the disorder worse. Sex drive problems are so commonly a product of how you feel that there is slightly to that “headache” saying after all.

Previous post: Ridiculous Reviews for BidStick.com Seem to Point to the Penny Auction – Yet Again