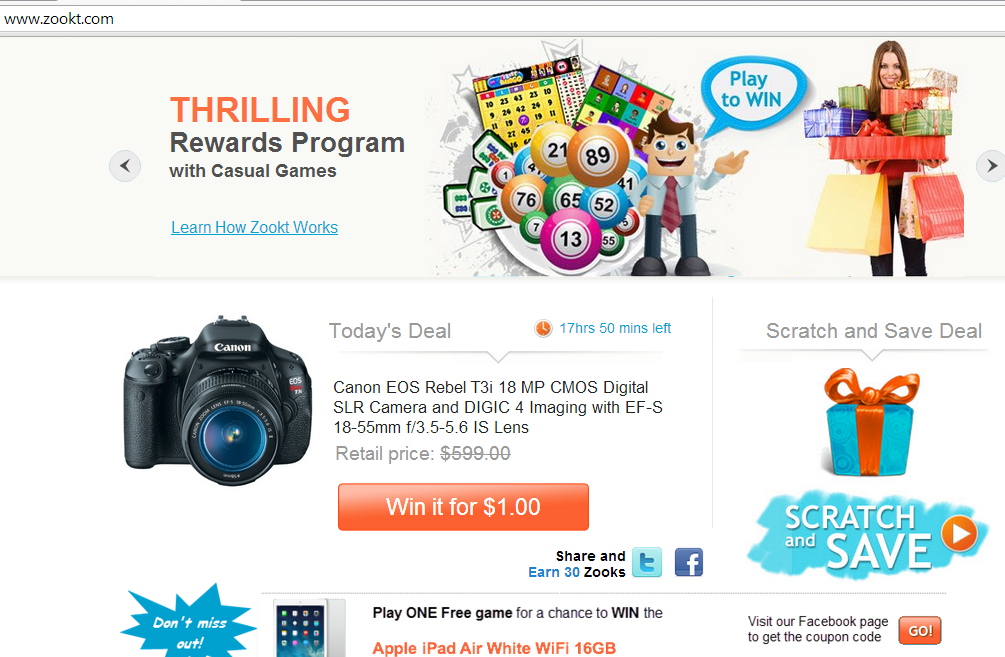 Zookt is a social entertainment shopping site a bit different than a penny auction, but in essence it seems to be based off of the same idea – purchase bid points and win. But there’s a twist.

“To gamble is to wager on a contest or to play at a game of chance for stakes. When you gamble, you are risking money (or something else of value) on the outcome of something that involves an element of chance, uncertainty, or hazard—for the possibility of winning something someone else has put at stake.” – Source http://www.gty.org/blog/B110525 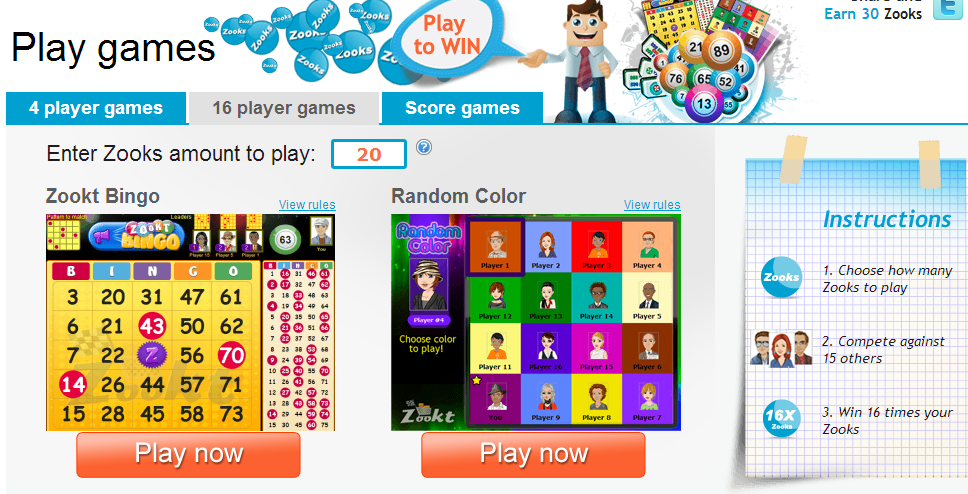 Each item has a specified number of Zook points before you can try to win it.

You’re probably wondering where the gaming aspect comes in. Zook has a game center with games like Bingo and a Color Match game, but it’s not free to play the games. I used up 20 of my free Zooks to try Bingo and didn’t match their pattern sequence to win, but got 2 Zooks just for playing. If you do win you could win “16 times your Zooks.” 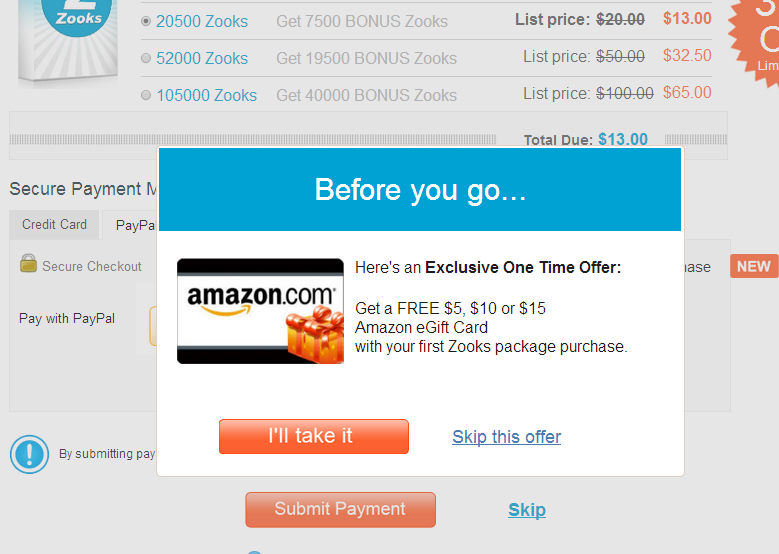 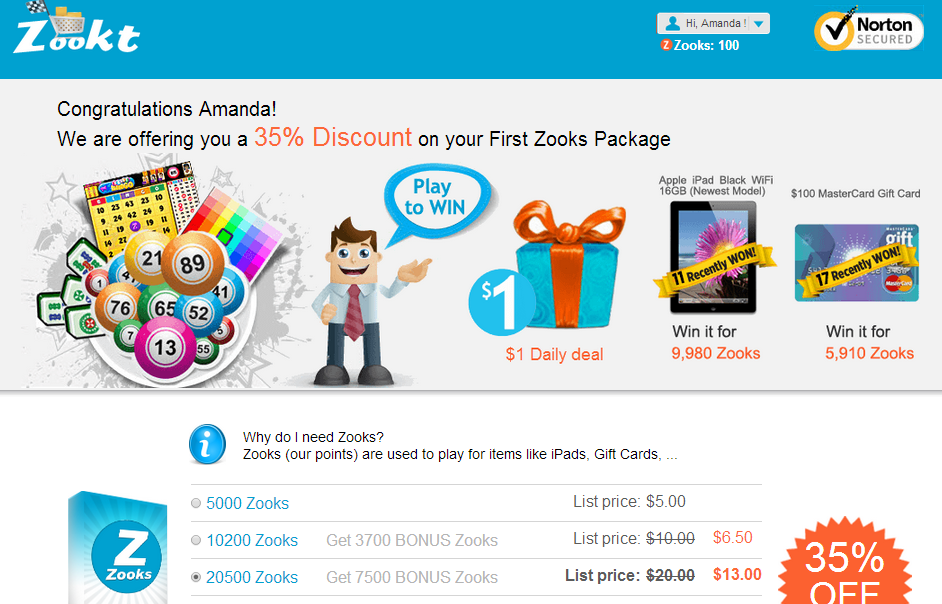 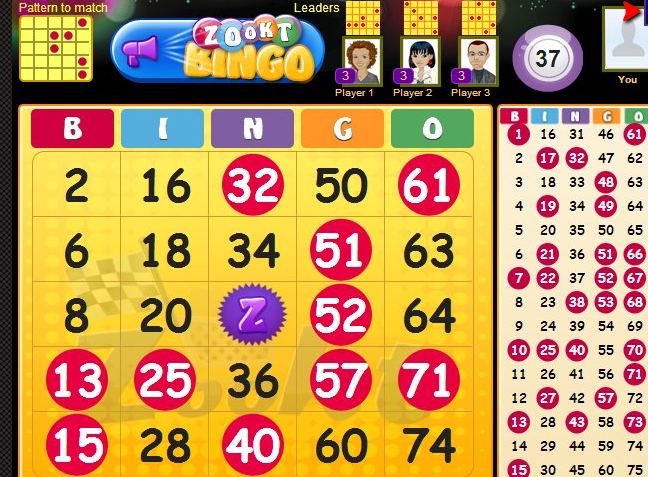 I won a few Zooks when I was chosen a winner in the “Random Color” game, but one game isn’t enough points to try and win any of the offered items. 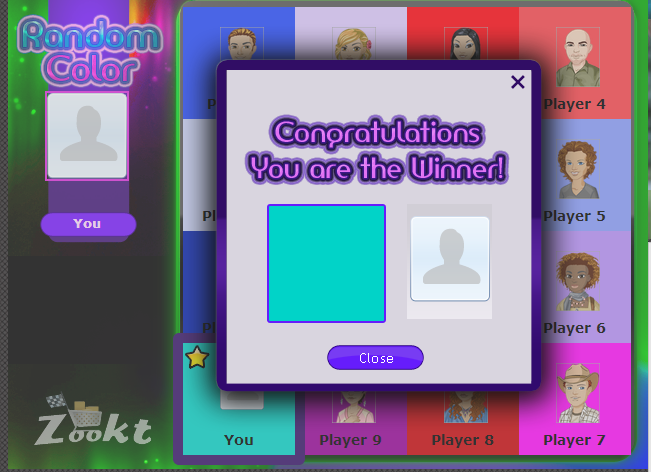 Zookt’s items include $60 gift cards to Amazon.com, PayPal, Walmart, Apple and Target. $1000 Zookts are needed ($1) to try to win. Again, to win any item you must win one of their random games. I.e. Bingo or Random Color.

High value items include a Samsung Galaxy Tab 3 which costs $8.75 to play a game to try to win, same goes for a Coolpix. An unlocked iPhone 5S, $9.50, iPad AIr $9.98, Apple MacBook Pro $27.02. Then there are other laptops, a wireless speaker, Kindle Fire, iPods, TVs, Keurigs and more. All of which users have to purchase “Zook” points for a chance to play a game like Bingo or “Random Color” and win.

An element that is not in penny auctions.

Sure, granted, say there was a penny auction site, all real consumers bidding to win, I bid, you bid, more users bid, we all spend money trying to win one item… the clock ticks down, and the cycle continues on again, that’s how a penny auction works. I’ll state that yes it ‘s unpredictable, but there seems to be more of an element of control when it comes to bidding and possibly winning penny auctions. The winner is ultimately the user who keeps bidding long after everyone else does, (obviously!) the clock hits 0, no competing bids were received or recorded in the system and the item ends. So yeah, you can spend more money and more money and maybe everyone will drop out or you have deeper pockets than everyone else. 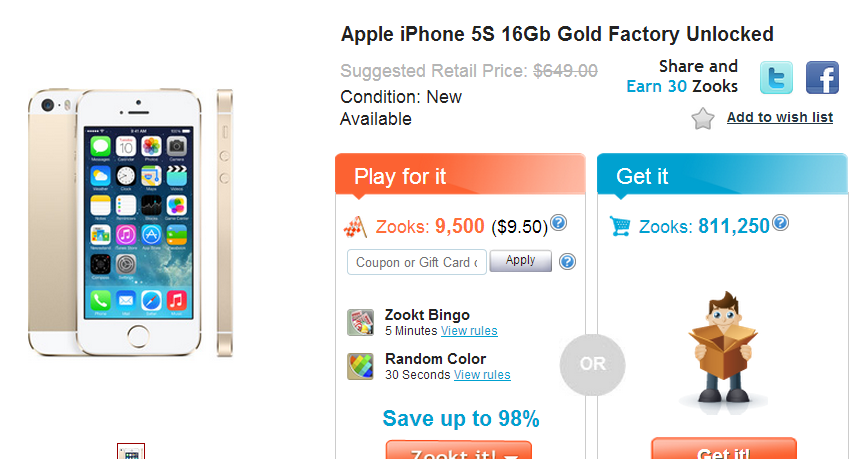 On Zookt you are paying money, to play games, to try to win. Games that have random algorithms in there. So what are the odds of winning? Don’t they have to post these? How often is a game ever going to let anyone win? Isn’t this just like gambling? Gaming? Is this not regulated? Is this legal in the US? All questions that an inquisitive observer is going to ask because I could be over here pouring all of my money into trying to win items by trying to win games and well, could just end up broke and the site could become rich.

So, here’s what I don’t understand or what I haven’t seen – the odds. What are the odds? Just knowing how many people are in the “bingo” game with you? Are they real people? Not saying they’re not, just questions that need to be asked.

So what do you think of Zookt? Would you play there?

Join the new and improved Penny Auction Watch forum and discuss Zookt.com and all other social gaming and penny auction sites with us.

Filed Under Entertainment shopping Tagged With Penny Auction, reviews, social gaming, zook, zookt, zookt.com
About the author: Connect with me on Google+
0 comments… add one

Next post: This New Penny Auction Features the Most Creative and Informative Video Yet

Previous post: What If the “Most Honest Penny Auction Site” Was a Big Scam?