Are the Testimonials Found on Bidideal.com Fake? 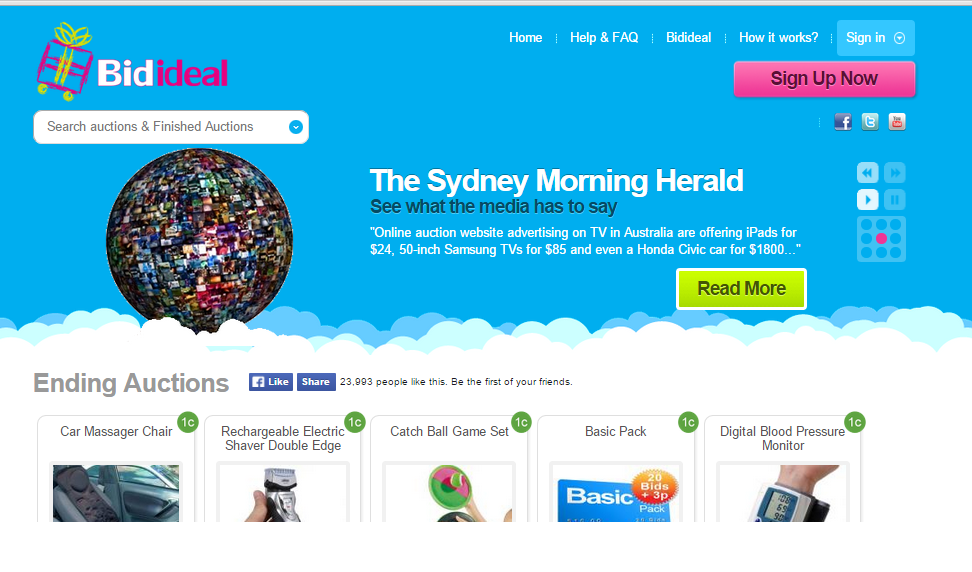 Note this screenshot from penny auction bidding site Bidideal.com. It’s a screenshot capture of the homepage of Bidideal with their slider, this page states “The Sydney Morning Herald – See what the media has to say,” “Online auction website advertising on TV in Australia are offering iPads for $24, 50-inch Samsung TVs for $85 and even a Honda Civic car for $1800.”

I just love how penny auction sites can take news clips and use them in their advertising. yet the news sites NEVER even interviewed or featured them. So many sites over the years have taken advantage of the fact that penny auctions have been in the media, so they spin it to make it look like the media had something to say about them when The Sydney Morning Herald was really just talking about QuiBids.

Well, we want to know whether or not the “winners” of Bidideal’s auctions have either.

There’s this web business called CVImpress, at CVImpress.com, that seems to be selling CV/resume services: “CVimpress is the world’s first creative CV website that delivers quality, professional and personalised CVs that display your talent, skills, achievements and personality in an industry specific layout. Job hunting has become so fierce that CVs have about 20 seconds to capture the interest of recruiters. CVimpress is committed to helping job seekers turn those seconds into valuable minutes.”

One thing that’s really interesting is the URL registrar and the web server of both Bidideal.com and CVimpress.com were bought and hosted with the same companies.

See the similarities? ENOM, INC was used to register the domain and Namecheap.com hosts both sites according to this info found in a public records search on DomainTools.com. 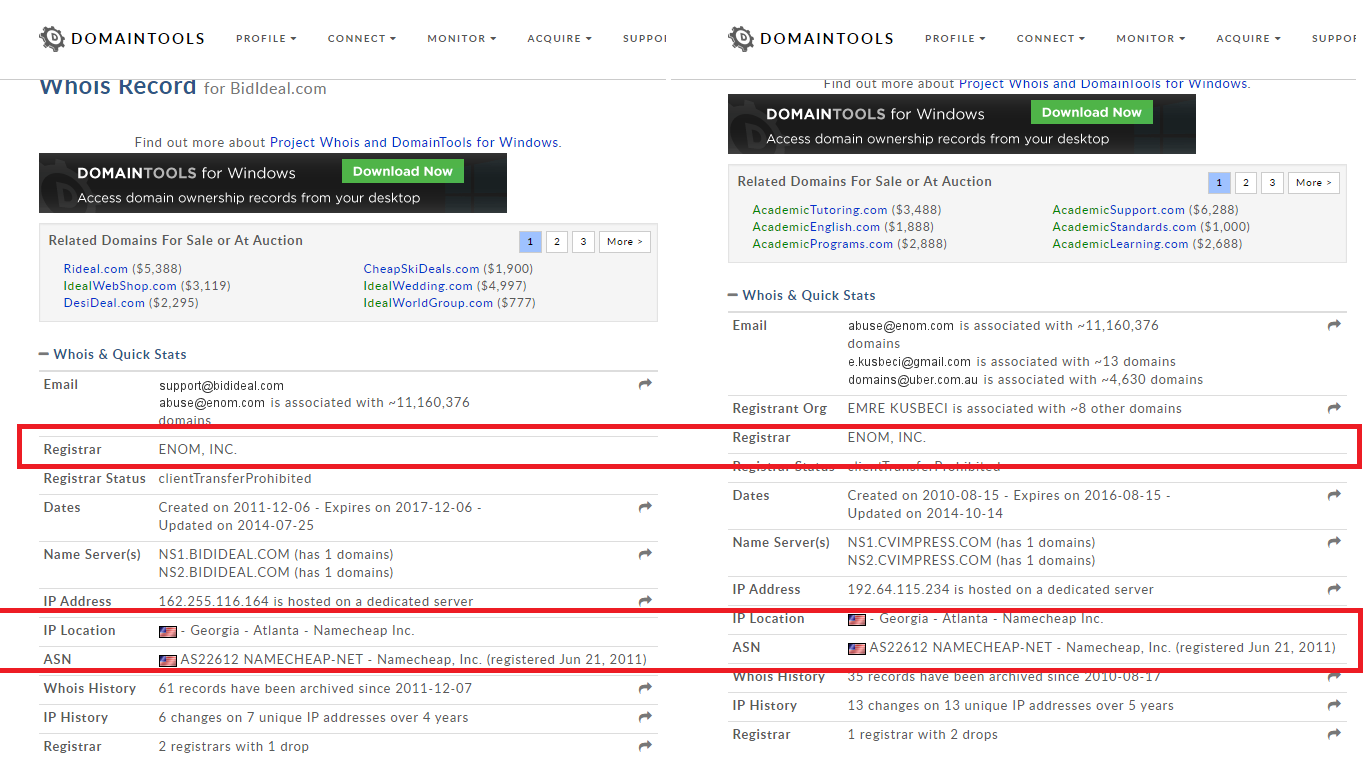 A lot of companies use Name.com and Enom, inc.

But that’s not all…

Now, take a look at the testimonials page for both penny auction sites Bidideal.com and Artirggari.com (granted, it can definitely be a copy of Bidideal – just in a different language – both sites are owned by the same Turkish company

Information on Bidideal, such as the About us, Help or FAQ & Support sections, are only recommendations and are not intended and may not be relied on as rules or guidelines. Bidideal is not liable or responsible for the actions of users or other individuals who have read or been informed of such information or other written material.

Bidideal will follow all local tax legislation for the sale of bid packages and goods in the countries in which it operates. Our registered address is Bidideal Mustafa Kemal Street, No 153/20 Bornova / Izmir Turkey 35000.

If You have any questions, concerns, or comments about these Terms & Conditions, please email us at support@Bidideal.com.”)

So take a look at the testimonials on CVimpress.com: 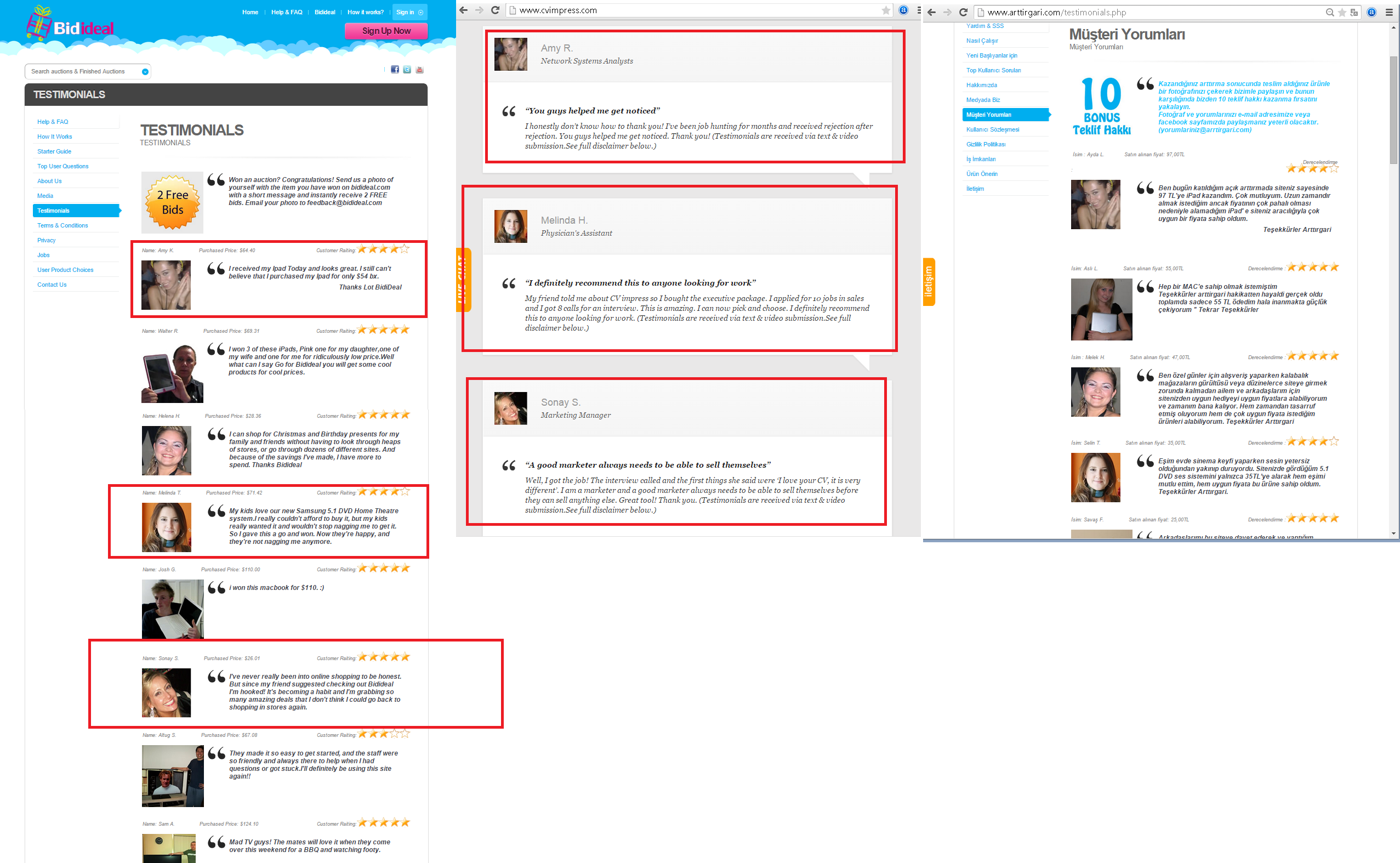 Click on image to enlarge. Note the similarities in photos and names of the reviewers?

Something doesn’t smell right, unless all of these people just so happen to coincidentally create testimonials for two different companies and use the very same photos.

Or, maybe, just maybe – both companies are related…. That would lead me to question the legitimacy of the other company, too. After all, what are the odds that the same sampling of people would post testimonials for the same two companies?

Or maybe, they’re all friends and just love to do business with the same businesses and share reviews using the same photos! Maybe!?

Gee..Well, whatever the case it sure seems a bit fishy. 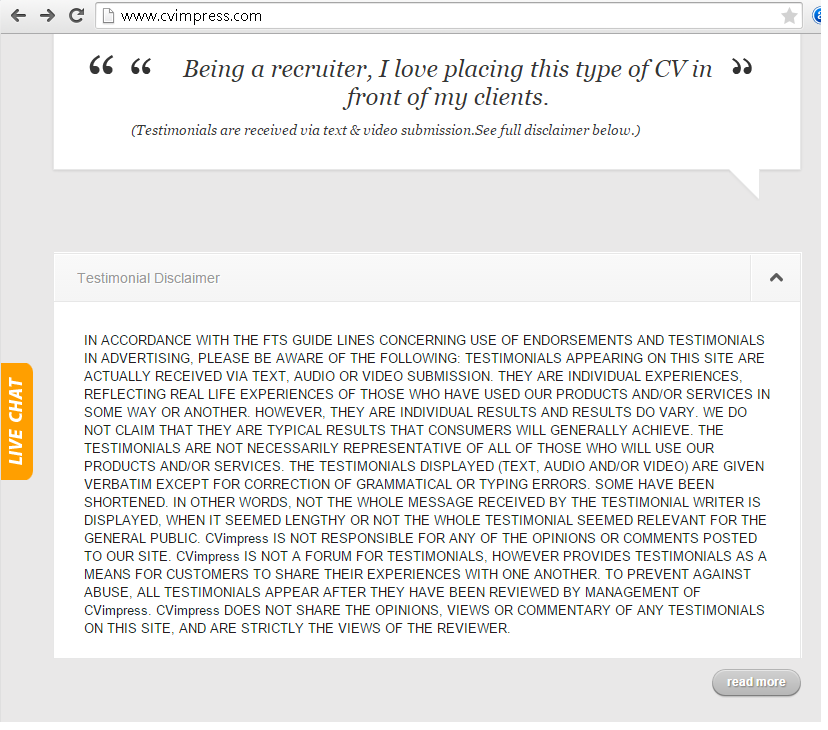 Note the “Testimonial Disclaimer” found on the CVImpress website, in accordance with “FTS Guide lines concerning use of endorsements and testimonials…” FTS, Hmm, do they mean FTC?  Would the FTC would be OK with “fake” testimonials?

The short answer: NO!

A total of seven companies offering “reputation enhancement” services were caught in the year-long investigation, along with their clients they post reviews for.”-SearchEngineWatch.com

19 different companies were ordered to stop posting and soliciting fake reviews as well as pay $350,000 in penalties.

Well, I’d beg to say, if you look at the Hall of Shame category here on Penny Auction Watch, where we document numerous instances of other penny auctions using fake reviews and phony testimonials, as well as exposing people creating and selling fake reviews, all of them should have been included in Operation Clean Turf.

Gee, so maybe at one point both sites were the same and they integrated the same reviews?

Artirgarri.com doesn’t offer any auctions right now as of May 21. Bidideal does, quite a few, in fact.
But the point is, and the problem we have is this: Why are customers of CVimpress.com bidding on Bidideal.com and also on Artirgarri.com? Or, why is Bidideal.com using the same testimonial pictures and names of the very same reviewers who shared their reviews on Artirgarri.com  and on CVImpress.com? Or maybe it’s just a coincidence and maybe all of these bidders and these customers just so happen to be customers of all three sites.

Users who send in their testimonials to Bidideal.com qualify for 2 free bids; Artirgarri, 10 free bids. 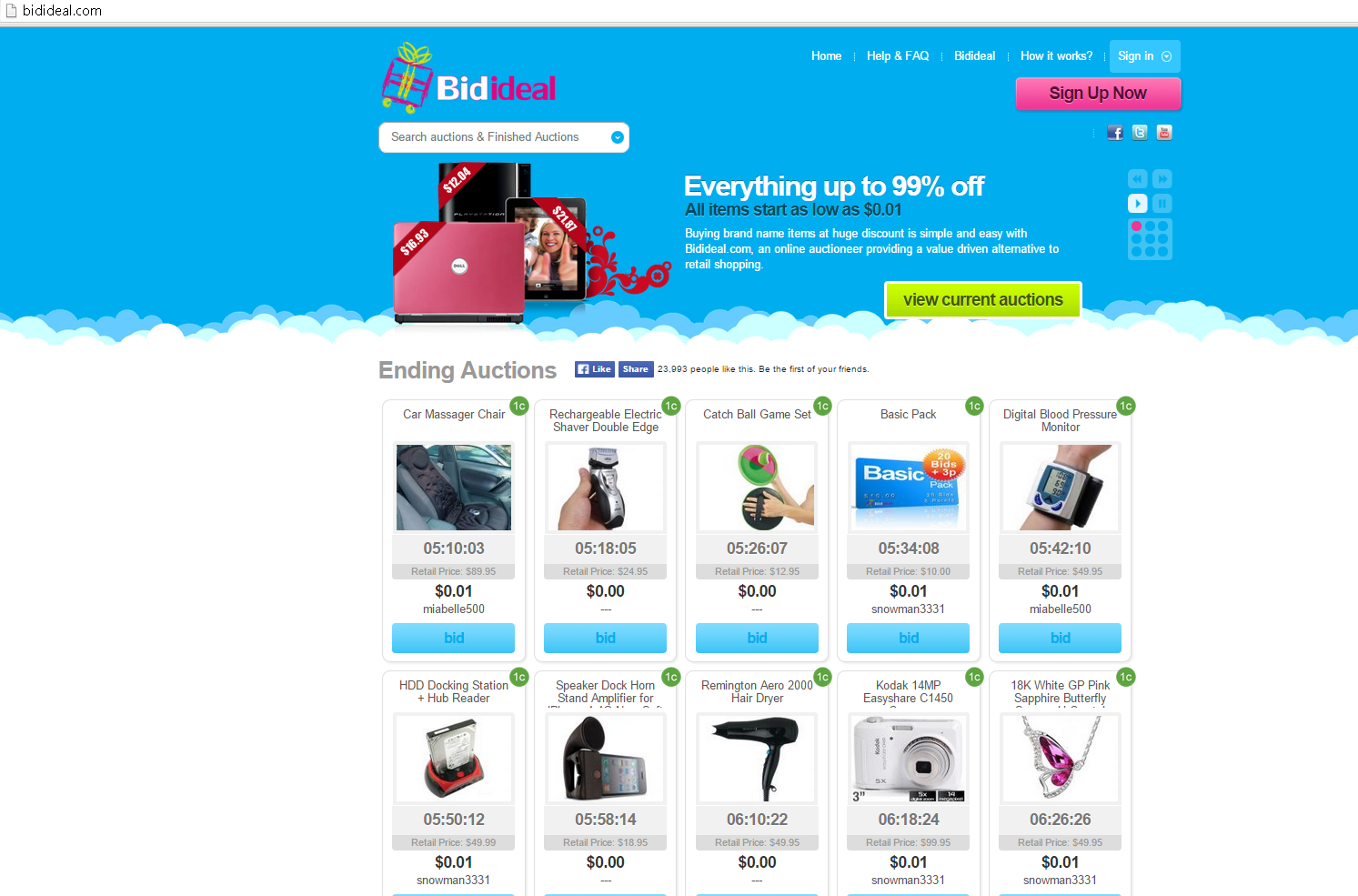 Would you bid on Biddideal.com? Have you bid there? If so, what have your experiences been?

Is this a legit penny auction?

You be the judge.

That’s why online pharmacies is becoming more popular over the last years. Well-known are remedies which are used to reduce inflammation caused by inflammation of the skeletal muscle etc. There were only few examples. Did somebody tell you about canadian generic Viagra? Maybe you already know about the matter. Sexual dysfunction can be a result of a physical condition. Even when it has a physical reason, psychological problems can make the disorder worse. Sex drive problems are so commonly a product of how you feel that there is some to that “headache” saying after all.

Filed Under Hall of Shame
About the author: Connect with me on Google+
0 comments… add one