Muulu You Should Be Ashamed

We’ve already warned you about the new penny auction scam Muulu.com How do we go about warning the rest of the Internet? There’s already over 359 instances of the Muulu auction thanks to press release websites.

Not only is Muulu a joke, according to this postÂ  New Electronics Auction is Cheaper and More Fun Than Ebay, Kevin Kaufman insists that Muulu is “more fun than eBay” and goes on to suggest: “Before you buy anything on Ebay, be sure to check out Muulu’s newest Ebay alternative. Or, you can register for a Muulu bidding account.”

Really, Muulu is now an eBay alternative? Before we buy anything on eBay we should give the owners of Muulu money? I supposed we could request just about anything and they could auction off photos of anything we’d like, after all photos are that they really have.Â  Do you even know what eBay is Mr. Kaufman?

Why does Muulu’s Kevin Kaufman say “people can win a new Samsung 46-Inch HDTV for $350, a new Sony PlayStation 3 Slim Console for $150, or a new Apple iPod Touch for $90.” When Mike Kaufman admits: “because things will sell to people you dont want things to sell bots act as a reserve so items never sell you get money, and dont sell products”Â  mike:Â  ohhh you thought products sell lol* mike:Â  products never sell, you just get cash and they bid on products that you dont sell.

It looks like bishopntheROBOT is having fun bidding on a Palm Pre Cell Phone, oh there’s even a dune buggy ending in 2 minutes, it’s 5 am EST. 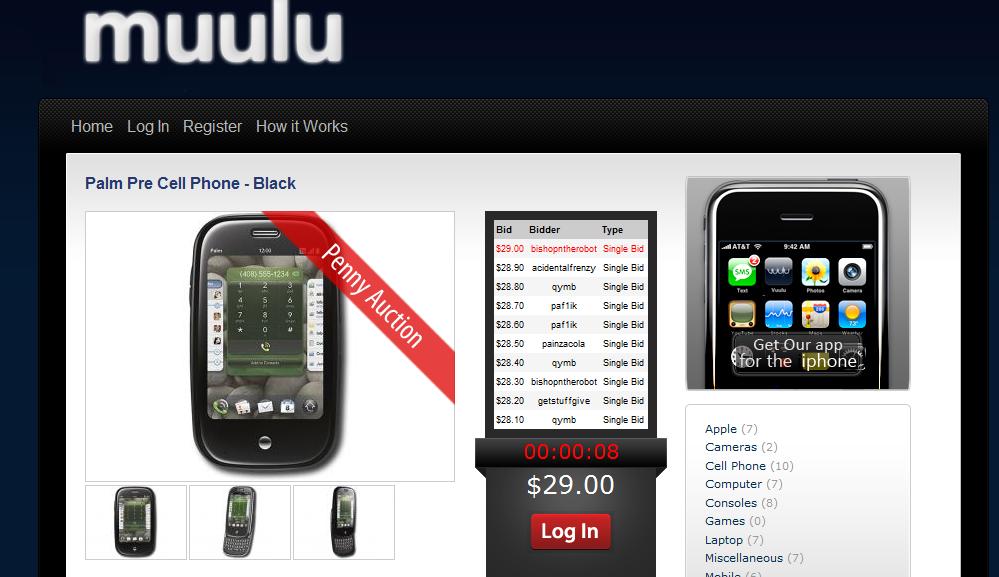 Maybe accidentalfrenzy is playing Muulu the way it was intended. Some bidders virtually camp out on Muulu for an entire day trying to figure out how to consistently win ridiculously good deals using as few bids as possible.

Not only are you suggesting people give you money, you recommend they give you their time and a whole day at that?

Get a real job flipping burgers or mowing lawns.

We will not buy bids on Muulu.com & 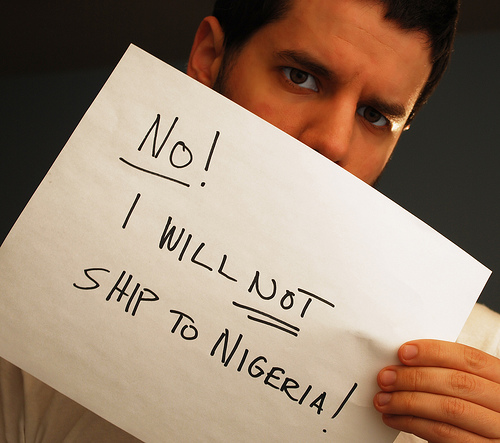 Filed Under Legit or Not? Tagged With muulu, Penny Auction, Reverse Auction, scam
About the author: Connect with me on Google+
4 comments… add one