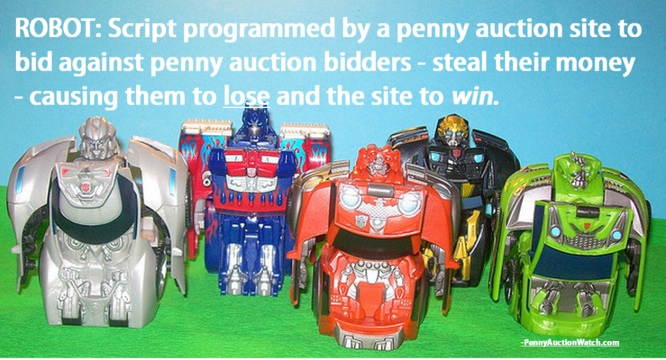 Earlier last year we posted a few warnings about the very questionable penny auction site ArrowOutlet.com. Later a group of 5th year Mathematics PhD students at University of California, San Diego, as a part of a project in statistically modeling human decisions, they studied the penny auctions at the penny auction site ArrowOutlet.com, the students then sent us their research and findings which really appeared to point out automatic shill bidding bots that we have exposed many penny auction sites to utilize to scam consumers. The student’s research was so alarming that we forwarded their information on to the Washington State Attorney General’s Office, who, as you will read below, in yesterday’s press release has filed suit against ArrowOutlet’s operator and a settlement was reached, the penny auction site has been shut down and restitution has been required to unsuspecting bidders who were tricked into this scam operation. Read Penny Auction ArrowOutlet.com Robots Exposed By UCSD Mathematics PhD Students that we posted a year ago, February, 2012. 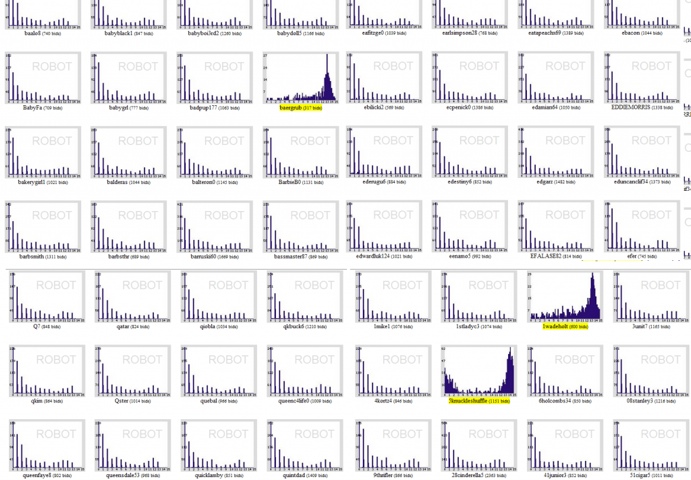 Back in 2010 we posted information which alleged shill bidding by another penny auction site, PennyBiddr.com’s operators, we forwarded our information on then and consumers then filed complaints with the WA State Attorney General’s Office who was the first government agency that seemed to have actually taken interest of shady penny auction sites and take action.

Read the press release, the complaint, our posts on ArrowOutlet and the findings of the mathematics students.

Washington consumers who dealt with Arrow Outlet may be eligible for a refund by first submitting a claim form. Claim form request.

FOR IMMEDIATE RELEASE
January 10, 2013 back
Attack of the “bidbots”
Washington state strikes back against rigged Internet auctions

SEATTLE – Bidders on electronics and other goods auctioned on ArrowOutlet.com thought they were competing with other human beings. But it turns out, according to a lawsuit filed by the Washington State Attorney General’s Office, they were often battling “bots.”

McKenna’s office today announced a settlement with the so-called “penny auction” site. The company will shut down its auctions and provide restitution to its customers.

Arrow Outlet’s site required bids to be purchased in “packs” that cost at least $20. Auctions would generally take place over a period of days or hours. When the remaining time ticked below 15 seconds, each new bid increased the remaining time by 15 seconds. But Assistant Attorney General Jake Bernstein, who handled the case, says Arrow Outlet’s bidbots were engineered to secretly intervene in the process.

“By deploying hidden programming to simulate bidding, Arrow Outlet increased the number of bids required for real consumers to win an auction,” said Bernstein. “That practice is obviously unfair and deceptive – a clear violation of our state’s Consumer Protection Act.”

In a consent decree today filed in King County Superior Court, Arrow Outlet is, among other restrictions, barred from running penny auctions. It agrees not to violate the Consumer Protection Act by misrepresenting online products and services. The company will pay $20,000 in Attorney’s fees and $15,000 in penalties, with another $35,000 suspended as long as the company follows the terms of the settlement.

This is the third penny auction site taken down by the Washington State Attorney General’s Office. In 2010, the office negotiated a deal to shut down PennyBidr, which, like ArrowOutlet.com, programmed fake bids. In 2011, the Washington State Attorney General’s Office stopped another penny auction site that was failing to deliver items to the winning bidder.

As always take caution when bidding on penny auctions, do your homework on any site first, join our forum and ask questions.

We are grateful that the Washington State Attorney General has taken this much interest in the dishonest penny auction sites and is doing their job of protecting consumers.

That’s why online pharmacies is becoming more pops over the last years. Well-known are remedies which are used to reduce inflammation caused by inflammation of the skeletal muscle etc. There were only few examples. Did somebody tell you about canadian generic Viagra? Maybe you already know about the matter. Sexual disfunction can be a result of a physical condition. Even when it has a physical reason, psychological problems can make the disorder worse. Sex drive problems are so commonly a product of how you feel that there is something to that “headache” saying after all.

Filed Under Auction News Tagged With ArrowOutlet, penny auction scams, washington attorney general
About the author: Connect with me on Google+
1 comment… add one

Previous post: Penny Auction Says No to a Bidder Who Wins Item for Pennies