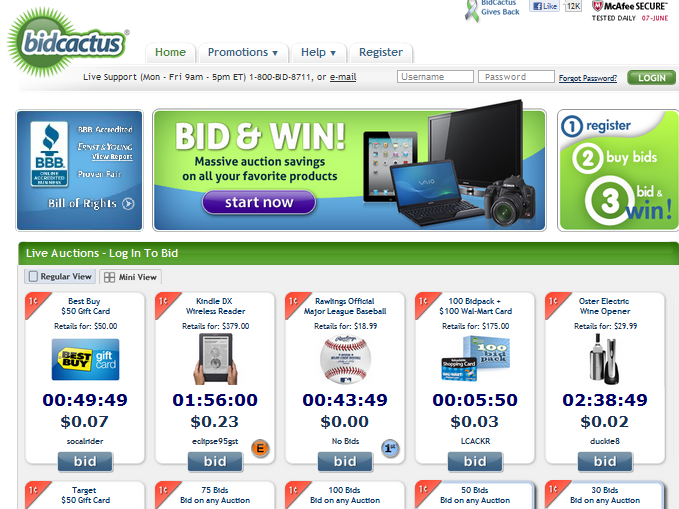 The Entertainment Auction Association is a nonprofit trade organization for the entertainment shopping (penny auction) industry. Read more about the auditing process and requirements for joining the EAA.

“The EAA is a California nonprofit corporation that formed an industry trade association, with the sole purpose of promoting integrity within the entertainment auction (also referred to as “entertainment shopping” or “penny auction”) industry.” 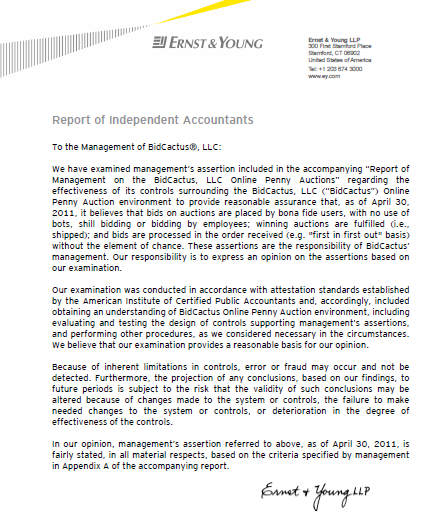 BidCactus’ assertions include the following:

Click here to read the Examination Attestation Report for BidCactus -2011

BidCactus tells us that they are proud to be audited for the second year in a row.

Have you bid on BidCactus? Join our free entertainment shopping forum to learn more and post about your experiences.

That’s why online pharmacies is becoming more pop over the last years. Well-known are remedies which are used to reduce inflammation caused by inflammation of the skeletal muscle etc. There were only few examples. Did somebody tell you about canadian generic Viagra? Maybe you yet know about the question. Sexual disfunction can be a result of a physical condition. Even when it has a physical reason, psychological problems can make the disorder worse. Sex drive problems are so commonly a product of how you feel that there is slightly to that “headache” saying after all.

Previous post: Bid4BabyGear Back Up but Shutting Down Soon – For Sale