Swoopo Now an Approved Member of the EAA, Down? 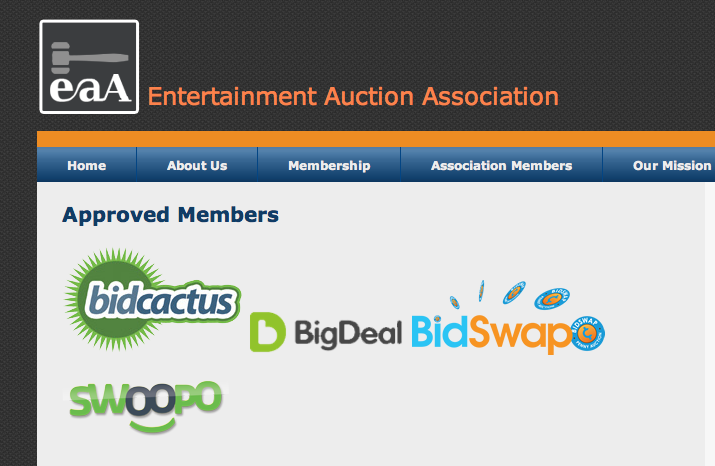 Swoopo has just this week become an approved member of the Entertainment Auction Association (EAA). However, the first penny auction site has been reportedly down “due to technical issues” since yesterday afternoon.

“As the leading penny auction site Swoopo has taken another positive step to defend its reputation and counter rumors of dishonest conduct. It has now been certified by the nonprofit Entertainment Auction Association as a fair company.

Swoopo, formerly Telebid, has been operated since 2005 by the Munich based Entertainment Shopping AG and is considered to be the founder of the entertainment auction industry. At its inception the unique business model where brand-name products could be bought at low prices has shown great success and experienced many imitators.

While a large number of the imitators have vanished from the scene, Swoopo is still in the market. Nevertheless, many myths still persist about Swoopo, these rumours are mainly due to the dishonest practices of the ‘black sheep’ that exist within the industry. The word on the Internet grape vine is that Swoopo utilizes bidding agents, ends auctions independently or does not ship items. Swoopo is committed to disproving any rumors of malpractice, which is why it has launched the nonprofit organization The Entertainment Auctions Association in conjunction with fellow auction portals BigDeal and BidCactus.”

Post your review of Swoopo, the EAA and all other penny auctions in our forum!

Previous post: It Was Only a Matter of Time: Penny Auctions & “Free” Trial Schemes