We were just browsing on Smokoo.com to check out the results of their latest penny auction for a new car and found the following introduction video from Smokoo that was just published last month. What’s pretty surprising and impressive, in our opinion – is their “open door policy,” which they say allows anyone to meet with them and see their items on hand. Have you met Smokoo? Smokoo is located in South Africa.

Did you bid on Smokoo.com’s Mercedes C180 CGI penny auction last month? It doesn’t seem like many bidders did. The new luxury car sold for a total of 2,077 bids and was won by user Florida boy, he is said to have spent 380 bids (each bid cost 4 credits) totaling just under $1,085. 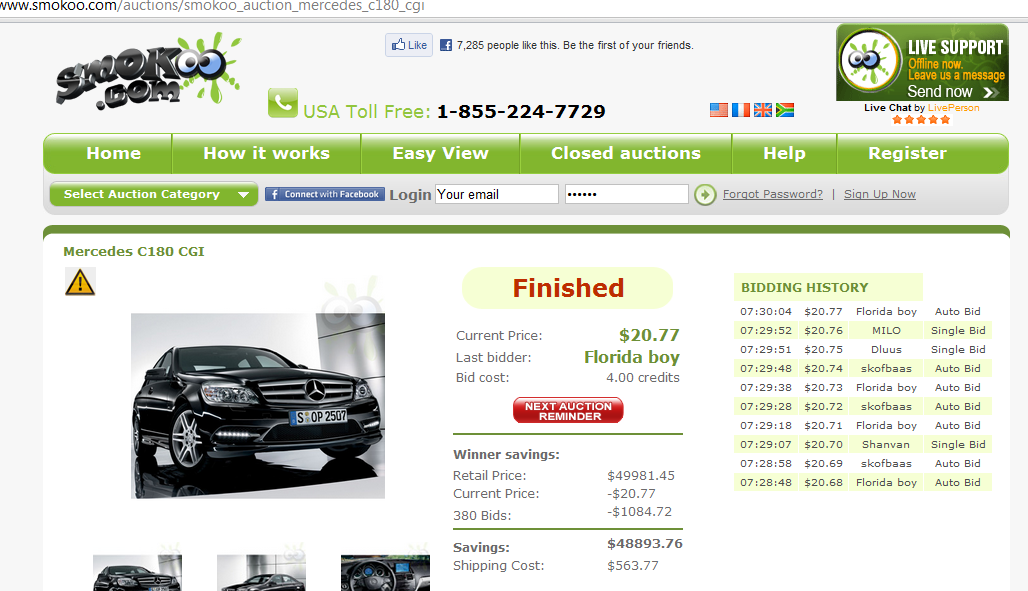 Smokoo is set to auction off another luxury car on their penny auction site in August, an Audi A3 1.4 Turbo.  They appear to offer a feature similar to buy-it-now on some items, indicated by 100% off in the form of bids back.

Have you bid on & received items from Smokoo? We want to hear about your penny auction experiences!