New Penny Auction to Be Twist Between Group Buying and Pay Per Bid Coming Soon: CityHits.com 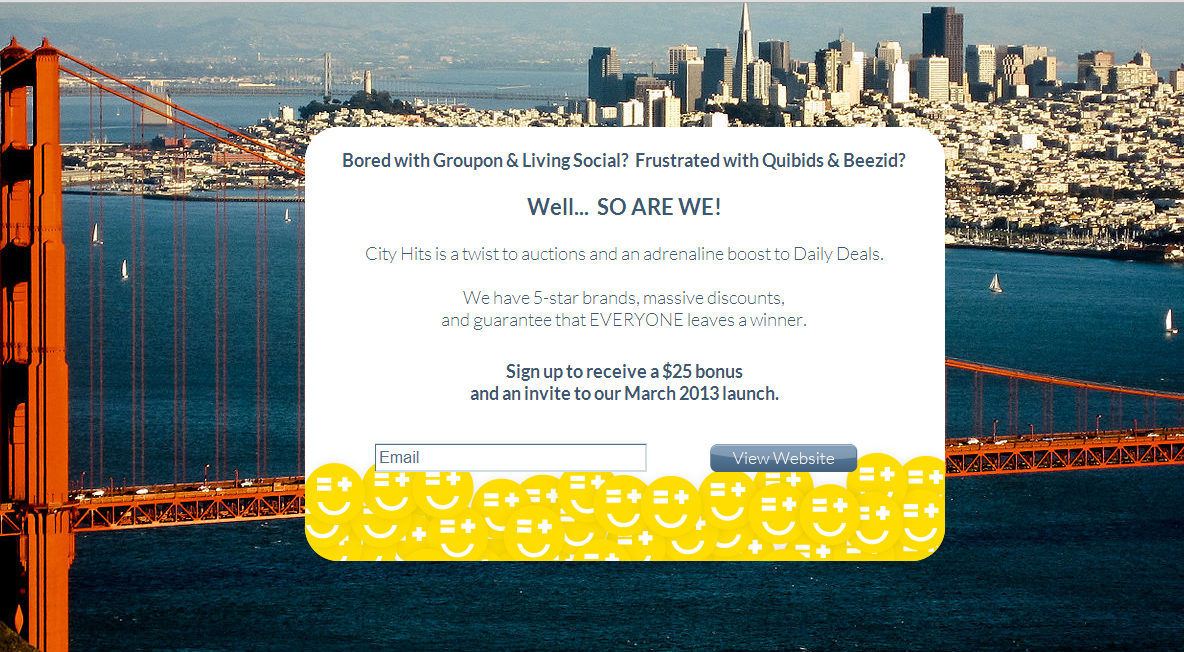 CityHits.com is a new penny auction site set to launch next month, March 2013, that claims to be a “twist to auctions and an adrenaline boost to Daily Deals.”  They also claim that they will have “5-star brands, massive discounts, and guarantee that EVERYONE leaves a winner.” However, the forum thread that was started this week by a new user, sean1979 is a little questionable as he seems to know more about this new penny auction site than we can find online.

I Hear there is a new site opening –

Check out this crazy idea. Some new site called www.cityhits.com is trying to mix together the penny auction industry and the daily deal industry. When you buy bids, you get 100% cash back to buy deals in their deal store. But they only open next month I think.”

And another, which is just a copy + paste from their launch page:

A new twist to penny auctions and daily deals- www.cityhits.com

CityHits.com is a twist to auctions and an adrenaline boost to Daily Deals.

We have 5-star brands, massive discounts,
and guarantee that EVERYONE leaves a winner.

Back in 2011 there was a penny auction site called CityCents.com that seemed to be legit, it was the first mix between a group buying site such as LivingSocial and Groupon in that it offered localized deal gift certificates and gift cards alongside laptops and other popular electronics. The site was only  open for a few months before it shut down. Here’s what it looked like:

We hope that CityHits ends up being a legit penny auction site. We’ll continue to watch and will keep you posted when we come across more information. Discuss this and all penny auctions in the Penny Auction Watch forum!