Have you ever purchased discounted bid packs on PennyAuctionCentral.com? If you’ve visited that website you will have seen that the penny auction site Kocopelle.com is frequently advertised there.

Penny Auction Central is said to be owned by Monika Barnes an ex-Penny Auction Watch forum member who has gone around for years talking down about me and this site.

Well today a user who goes by the name of “Bobby James” hijacked our Penny Auction Watch Facebook group that was at www.facebook.com/groups/pennyauctionwatch banned me from the group, although I created it, made himself and someone else who is with Penny Auction Central administrators.

Why couldn’t they just make their own group? 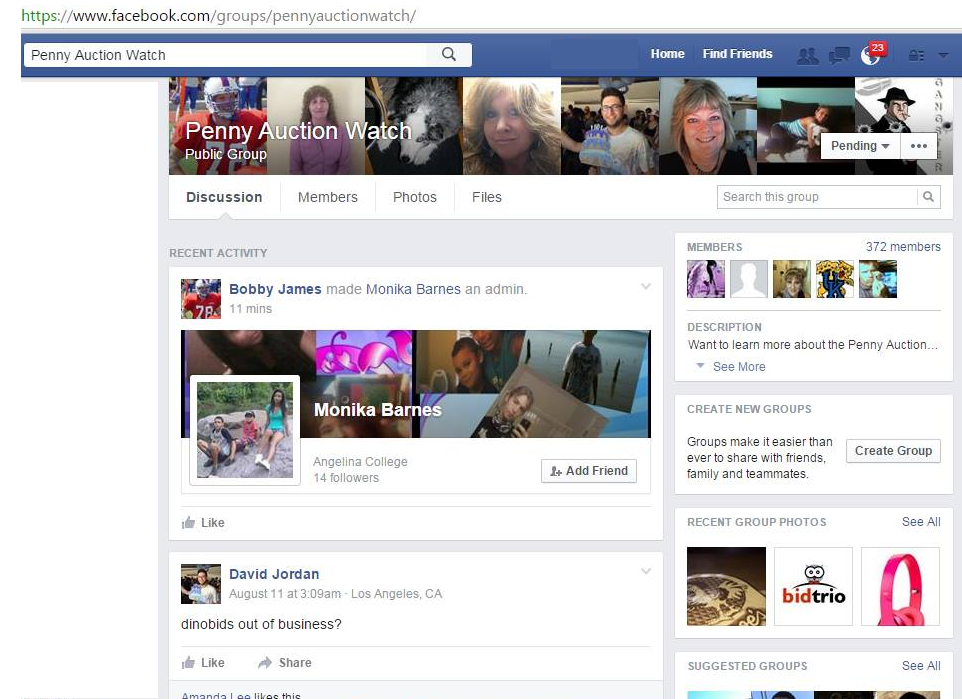 One interesting observation is found by looking at a DNS record analysis of both kocopelle.com and pennyauctioncentral.com. A URL/IP lookup of both sites reveals that each are using the nameservers of cwie.net. This means that both Penny Auction Central and Kocopelle.com are either hosted by the same hosting provider PhoenixNAP or using the same secured servers LLC nameservers. There are many hosting providers on the net and nameserver protection services, could it be a mere coincidence that both have these same cwie nameservers?

Could this be reason to believe that two businesses are connected? Of course it’s not concrete evidence that they are related, it’s just kind of a weird coincidence. There are many different web hosting providers out there that a business could use to host their website, it seems both of these sites decided to host their website with the same company.

Plus if you take at a cached page saved by Google of both Penny Auction Central and Kocopelle.com you will find that in the past both websites had this licensing code from Telerik.com. Telerik is a software vendor that provides online software components.

Perhaps it’s just a coincidence, again, that both sites used to show this message and that they’re both hosted at the same place.

The message displayed on the left sidebar of each site is: “Telerik.Web.UI 2012.1.411.40 trial version. Copyright telerik 2002-2012. To remove this message purchase a developer version.” 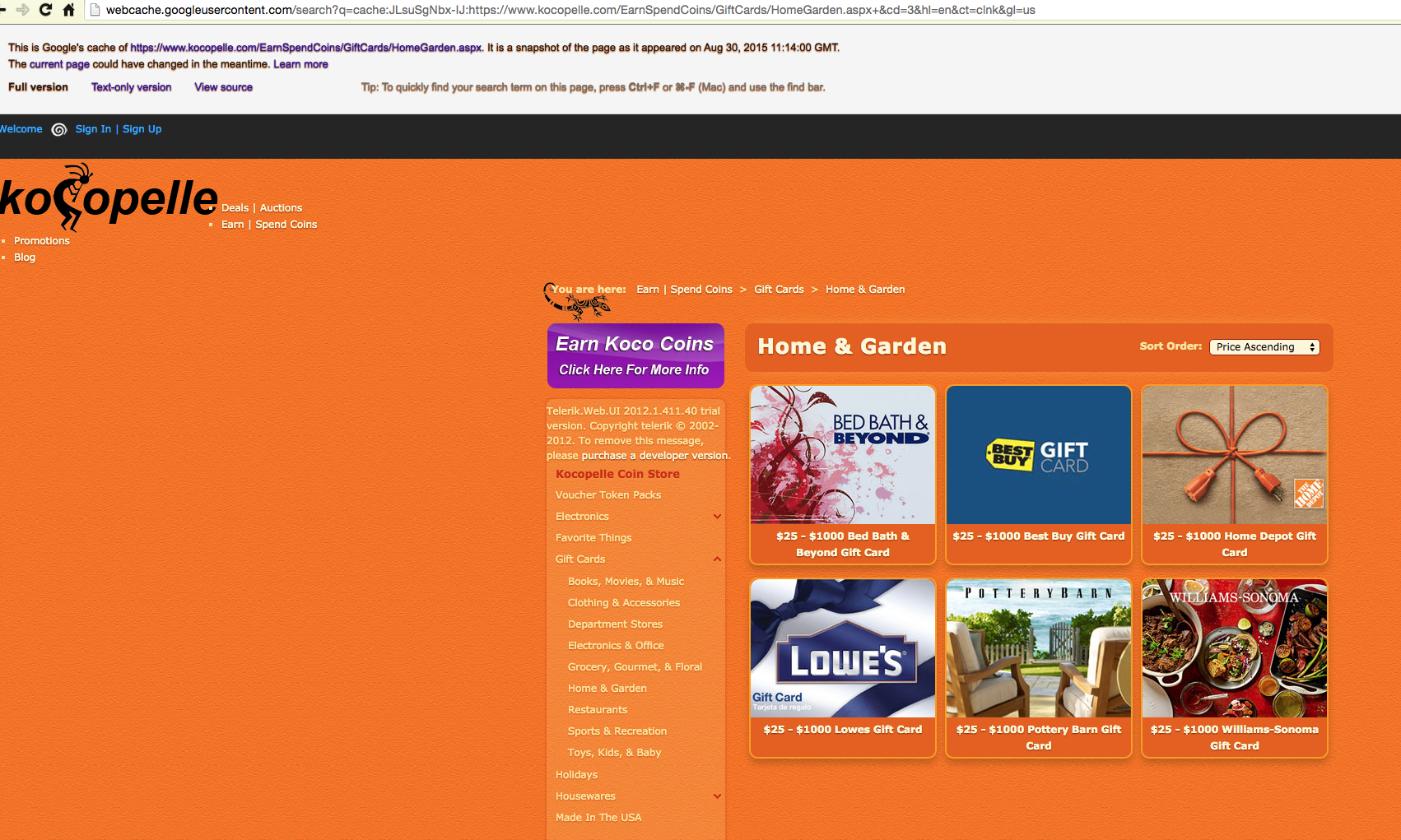 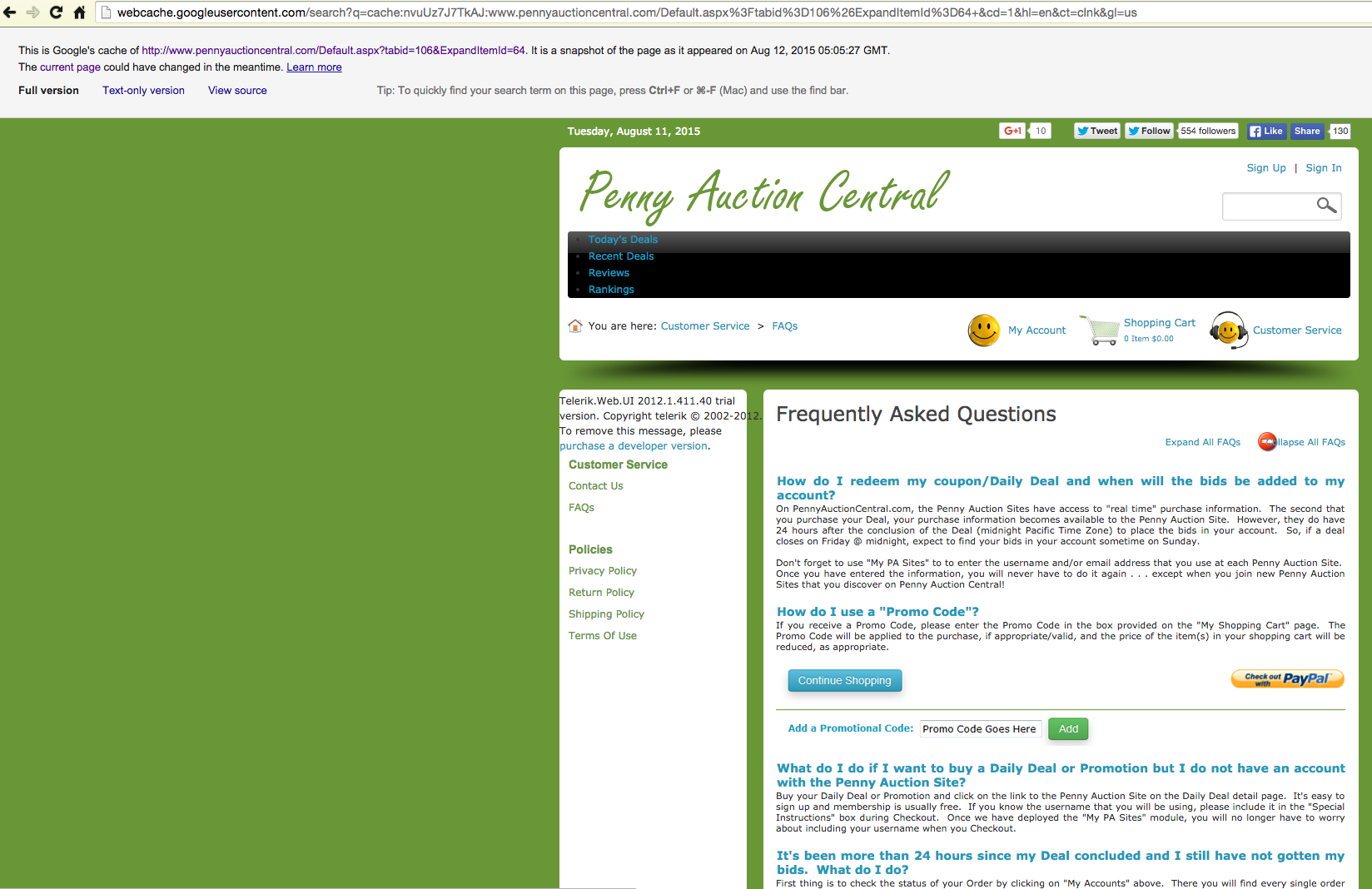 And here’s where my Facebook group was changed from Penny Auction Watch to Penny Auction Central by “Kevin Riley,” whoever he is, he must have been made admin after “Bobby James” took over my group. 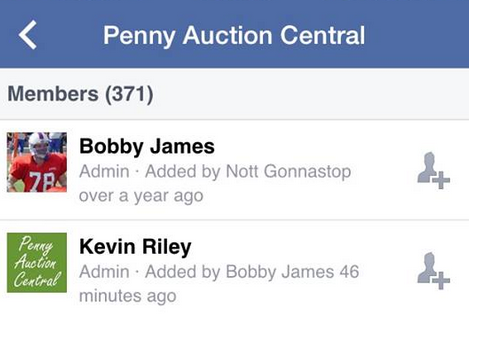 On top of all of the drama I’ve experienced in this industry, now my Facebook group has been stolen. Really? Why do they even want it?

Filed Under Auction News
About the author: Connect with me on Google+
6 comments… add one