The Wild West of Penny Auctions 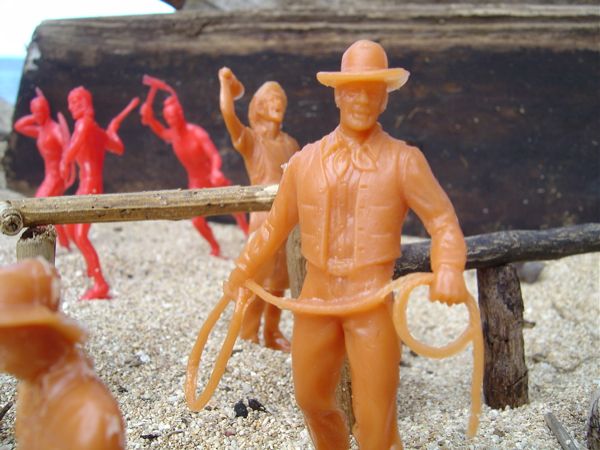 This recent comment from one of our members really brought back memories.

Zero writes, “I used to enjoy going to Rockybid, six jax or jacks, its been so long I forgot how it was spelled, and in the early days zoozle. Glad to see this site is still up and running though. PAW was and probably still is the best outlet to discuss penny auctions, as well as share good and bad penny auctions sites. In the very early days it was like the wild west, there were limited ratings on sites and many were so new that there was no consumer reports or fraud data this was the main place I would turn to as a watchdog.”

Well, thank you! I truly appreciate your comments and the trip back down memory lane! Gosh, for those of you who still check this site from time-to-time it’s always fun to hear from you! And – oh, zoozle!

“Zoozle.com opens bidding to their European-style, online penny auctions and points out shady competitors. Zoozle’s goal is to bring the fun reverse auctions, found in Europe, home to America — in an honest and fair way. “If people bid right in a fair environment, like Zoozle, they can find bargains at over 90% off on TV’s, laptops, cameras, video games, watches, and more.”

“Zoozle.com auctions are strictly for United States residents only. Craig Pratka also states, “Zoozle is a fair and honest company, and tries to keep it simple. Users like honesty and a clean website.”

I remember Zoozle – many Penny Auction Watch members loved Zoozle and won tons of items…. But that was 2009, and now it’s 2014… 5 years have come and gone and it’s crazy to think about, really.

And the Wild West.

Yes, it really was like the wild west back then… Hard to think about and highlight all that went on and developed in the penny auction industry over the years, but since I’m reflecting, check out just a few of the happenings and drama that occurred by going to the Hall of Shame section.

Countless sites paid phony actors on Fiverr.com to make fake reviews, and we busted many of them.

Countless others threatened me and hacked, even DDoS attacked this site.

To think that my experiment of setting up a blog just to share my first penny auction experiences would have turned in to this… Penny auctions are still around, just they’re not as plentiful.

Many sites had internal shill bidders. Companies bid against users who paid for bids to get more money. Many didn’t even ship one item. Some even admitted to it as in the classic case of vuulu and found it amusing. Amusing? I find nothing amusing about stealing from bidders and offering items you never even plan on delivering.

From a chat conversation with a penny auction owner back in 2009:

“mike:  because things will sell to people you dont want things to sell bots act as a reserve so items never sell you get money, and dont sell products

mike:  products never sell, you just get cash and they bid on products that you dont sell”

You know, if you are still bidding and still reading this please let me know. Please continue to post the sites that you find that seem shady and we will continue to educate and point them out.

Join us in the Penny Auction Watch forum and discuss penny auctions or reminisce with us!

That’s why online pharmacies is becoming more popular over the last years. Well-known are remedies which are used to reduce inflammation caused by inflammation of the skeletal muscle etc. There were only few examples. Did somebody tell you about canadian generic Viagra? Maybe you along know about the question. Sexual dysfunction can be a result of a physical condition. Even when it has a physical cause, psychological problems can make the disorder worse. Sex drive problems are so commonly a product of how you feel that there is some to that “headache” saying after all.

Filed Under Penny Auction News Tagged With penny auctions
About the author: Connect with me on Google+
1 comment… add one

Next post: Airfare for Under $1? It’s Possible, New UK Penny Auction for Travel!