I found cheapobids on May 21st and ever since then there have been the same bidders bidding nonstop and at all hours a handful of the same names keep bidding one after another on a programmed cycle.  Cheapobids.com looks like their strategy is to suck unknowing, novice bidders into their trap and steal their money along the way. These same bidders are bidding all the time do they have a life? Are they millionaires? NO because they do not like they can be real living people. If they are real legitimate bidders who have won things prove it. The first day I saw it, last Thursday, I lost money bidding on the Honda Civic Auction to their bidders that look lik ebots and they will not refund me. I keep getting E-mails back saying they have closed my support ticket because of no response from me. And yet they are listed on the BBB online: Even on the honda auction it says latest auction end time is May 21st 2009, I found it on the 22nd so thought maybe they were at a different time/date zone? 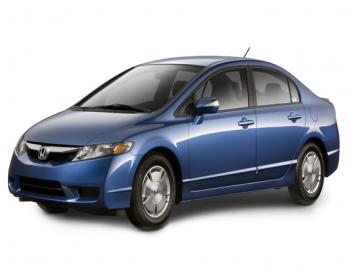 2009 Honda  Civic Hybrid with Navigation System that they have up for auction. There are names like romeyrome, suzysue, markymark and wayneewayne.

Each time I placed a bid their bot didn’t come in until 1 second, that’s why I, as a newbie to their site, got conned out of $50. I thought these bots were legitimate people so I kept going thinking I had a chance at winning, figured they’d miss clicking and I’d win. Boy was I wrong. There are no multiple bidders even when the timer drops down to 1 second.

It looks like they are causing legitimate bidders to bid, and think that maybe all the  other bidders were spending too much so they waited until 1 second to bid, wrong again. 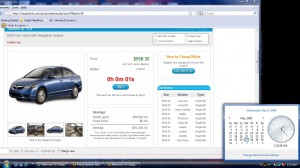 It does not seem like a legitimate bidder has a chance of winning on this site. Maybe they will give you a flash usb drive or something to get you reeled in. I went and took a look at ended auctions and it looks like in the beginning they probably had real people bidding but they lost too much money so they started employing bots to trick people so they could recoup their losses. It seems this is how the many deceitful penny auction sites begin, they start out good to “legitimatize” their business and create customer/bidder loyalty then they swindle bidders after they’ve won too much.

Take a look at this bid pattern:

You be the judge. After many attempts at contacting them for an answer they have ignorned me.

Take a look at the latest winners: 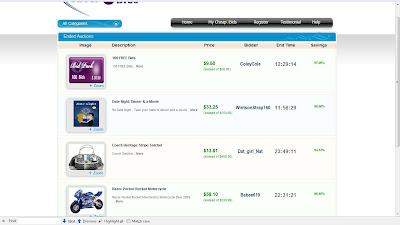 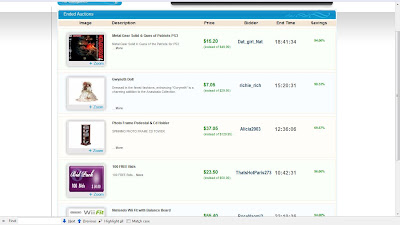 705 bids on that porcelain doll, someone must have really wanted it.
Same bidders once again.

Notice all the same bidders bidding on the car for days have won all of these other items.

All the same bidders bidding on the Honda for the past few days. Then take a look at the first winners ever to the website: 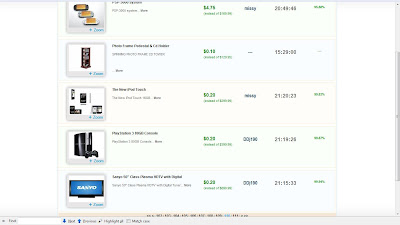 Bid with caution and at your own discretion and please, as always feel free to share your experiences with penny auctions in the forums. Thanks!

We cannot prove that CheapObids is running a scam site/business but the bidders /same winners/ names and bid patterns seem suspect. If you have any  evidence to the contrary please let us know.

That’s why online pharmacies is becoming more pops over the last years. Well-known are remedies which are used to reduce inflammation caused by inflammation of the skeletal muscle etc. There were only few examples. Did somebody tell you about canadian generic Viagra? Maybe you afore know about the matter. Sexual malfunction can be a result of a physical condition. Even when it has a physical reason, psychological problems can make the disorder worse. Sex drive problems are so commonly a product of how you feel that there is something to that “headache” saying after all.

Filed Under Legit or Not? Tagged With bots, cheapo bids, cheapobids, cheapobids.com, cheats, penny auctions, scam, shills, swindlers, thieves
About the author: Connect with me on Google+
5 comments… add one

Next post: Join Rockybid and Winner of Honda Insight for Free Reward Points!