ResiBids.com is a penny auction site for real estate that just launched in Australia. While the auction for the property is not visible from the homepage, a countdown ticker on the site states the auction will begin in 6 days. 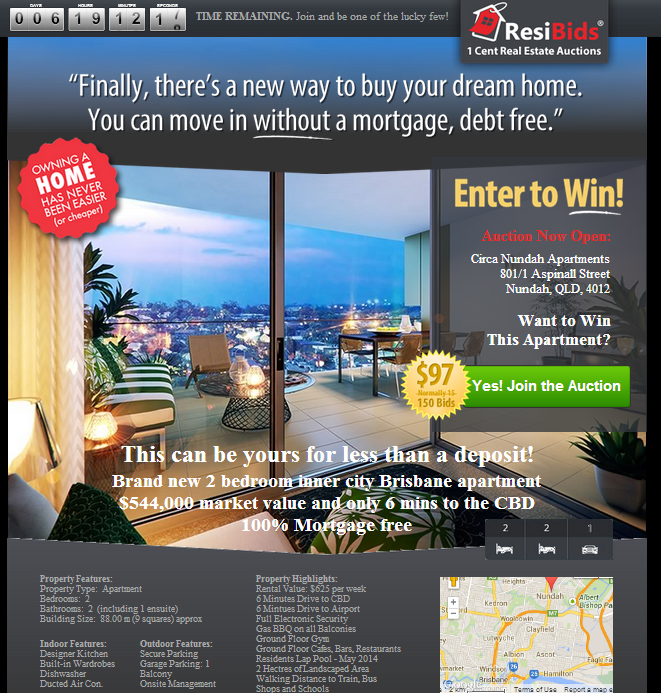 ResiBids is claiming to be working with developers to offer their first real estate auction: A new apartment in the Circa Nundah Apartments at 801/1 Aspinall Street, Nundah, Queensland, Australia: resibids.net/offer.html

“Finally, there’s a new way to buy your dream home. You can move in without a mortgage, debt free.” and “Owning a home has never been easier (or cheaper.).”-ResiBids.com

The  description for the property promises that the winner will not just win the luxury apartment, valued at $540,000, but furniture and 12 months of bills paid.  Plus, ResiBids claims to be working with Habitat for Humanity and promises that by bidding on the auction users will be helping 10 families to get a new home.
Watch the ResiBids video and hear Peter Anderson, Development Manager of the Nundah Now development.

ResiBids limits bids to $500 per user. Each bid is $1 and the end price increases by $0.01 with each bid. The countdown timer will be 20 seconds. The video states the site is transparent as you can see who the others are that are bidding. The developer will regain the cost of the property based on the “paddle” packages sold, so there must be a reserve / or minimum amount of packages sold at $500 max per person to cover the property cost. So, really this is a limited seat penny auction.

“ResiBids is an Australian invention. Our small team has taken the popular Penny Auction model and completely re-invented it for real estate. This world first, unique patent-pending system enables any Australian to buy property at massively discounted prices. Sellers do not bear a loss and get full price for their properties. Plus ResiBids covers all the transfer taxes & settlement costs.

Currently Only Available For Australian Properties
ResiBids is very excited to offer the Australian people an opportunity to get hold of a property at a heavily reduced discount. Typically 99% off market value. For the first time ever, we are enabling everyday Aussies to get a home of their own at a fraction of it’s normal market value. We expect the winner of this auction to pick up this property for less than $10,000. How cool is that?!”-ResiBids.com 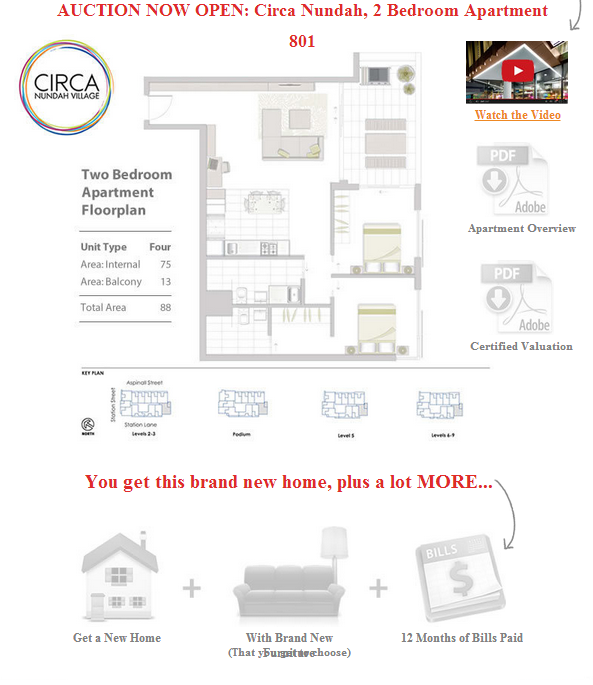 Then, in 2012 there was the single-family property in Arizona on penny auction at iBidforacent.com that we’re not even sure ever sold to anyone. In fact, before the auction ended the site changed the format altogether by adding a seated auction/reserve system. Also in 2012, following iBidforacent was BidAbode also offering single-family real estate in Arizona. BidAbode wanted $150k in revenue before opening the auction. Did either ever sell on a penny auction format? We don’t think so. 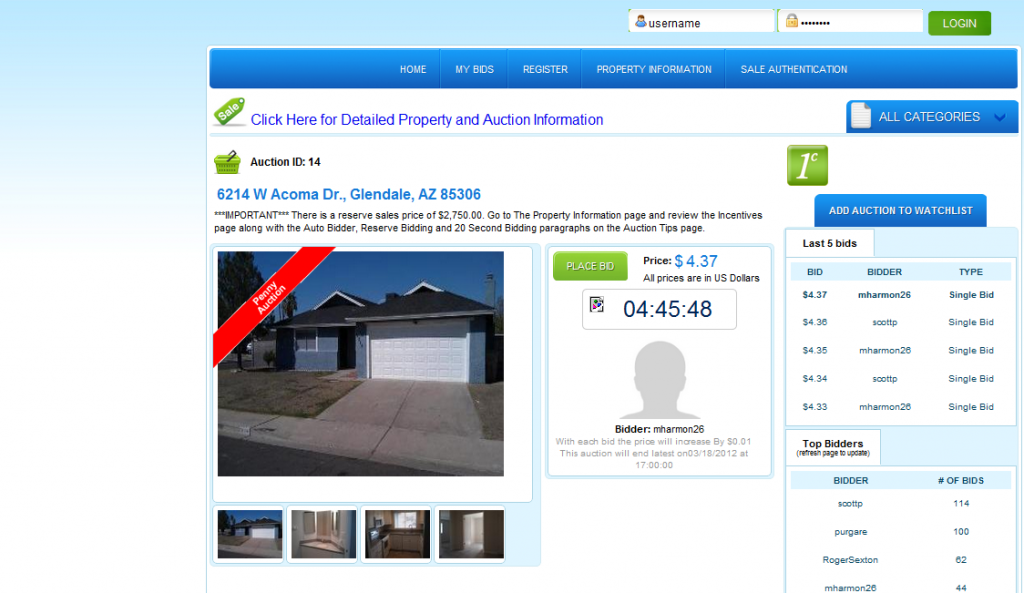 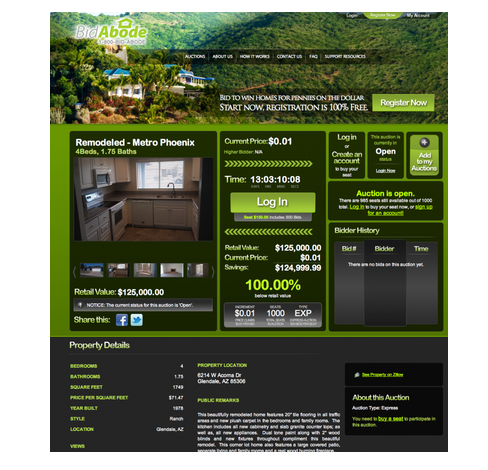 Even earlier, in 2010 was iBidCondo, a very nicely developed and appealing, reserve based, penny auction site for real estate that partnered with developers in Texas to bring condos to the penny auction format. While claiming to have closed one penny auction for a condo to a lucky couple, subsequent plans to offer other units were scrapped and the site shut down after taking a loss on a sale of a Star Riverside luxury condo for $86,840. 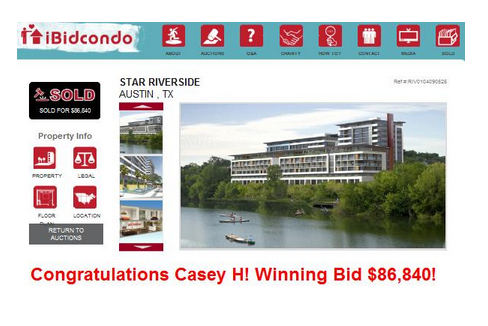 What do you think about penny auctions for real estate? Novel but pie-in-the-sky idea, or something that can actually gain popularity?