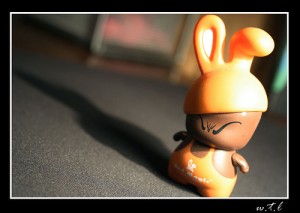 Penny auction users are using their user names, bidding patterns and auction site forum postings on lesser known penny auction sites to their advantage. We noticed that this was happening over on YottaBid.

Yotta Bid, in an effort to establish credibility and show transparency, has a forum where bidders can interact with each other. In some ways this idea can be very detrimental to a penny auction site in its infancy.

By the way, We highly recommend you check out YottaBid, we believe they are running an honest business. They ship quickly, respond to bidder’s e-mails, and refund bids when errors occur.

I’ve  been watching them since March and it looks like a handful of users have greatly profited by bullying other bidders and are using the forums to manipulate the outcome of many auctions. This is really sad to see on a penny auction site that is running a transparent auction site. It has reached the point where users who have watched them bid and read their forum postings have backed off and even made it clear they will leave the penny auction site altogether to let the power bidders win items for a very small amount of bids out of frustration.

You wouldn’t  think that your user name choice would benefit you, but for some it does help. User names such as bidtowin, bid2win, bidtilwin, luv2bid, luv2win, and other variations have been popping up onYotta Bid, as well as other penny auctions in an effort to scare off other bidders. However accurate this may be for some, it’s not only the user name that allows these power bidders to win. They prove that they bid until they win with their bidding patterns and forum posts.

Penny auction users will start forum posts with competing bidder’s user names in the title of the post. In the forum postings they make it clear that the other bidder had no chance at bidding from the very start and should back down or lose more. They build up their reputation of bullying other bidders by a number of different ways. First by telling everyone that they have multiple houses that is why they are bidding and winning multiple instances of the same item, posting multiple posts saying when they bid they bid to the end and they make that clear on nearly ever item they bid on, too. And by suggesting particular items because they were planning on going out to the store to buy these items anyway.

These bidders figure that this strategy is a good investment as there are not enough users in the infancy of a penny auction site for them to spend above and beyond on an item every single time and they will make it clear to other users who do not want to lose hundreds on an item that they are not to be bid against.

Intimidation Tactics-Take a look at some of these forum posts:

In reference to an auction where the OP is in a bidding war with another user to the tune of hundreds of bids:

Are we having fun yet? By the way I am related to another notorious overbidder in these parts.

I threw up several hundred bids on the autobidder, you were doomed from the start, I hope there are no hard feelings

Win some loose some but I am still way ahead.

I tried to warn you, once I started the autobid there is no stopping it, so I posted this during the auction hoping you would see it

I typically bid only on Items I want for myself or family,if it cost me retail or more I am ok with that, unlike others past and present who are obviously bidding to win and resell (ebay).

These bidders establish the fact that they are willing to bid above and beyond the value and they do if they absolutely have to, but when they do they even tell others that they are still ahead and they are, due to the times when they are fortunate enough to win items very easily. The idea of penny auctions is for people to get great savings, sometimes over 95% off of the retail price of an item. What is happening on penny auction sites with not enough bidders is a handful of bidders are swiping up substantial deals and the penny auction owner ends up giving stuff away.

However, there is a flaw in the bid-to-win strategy. When two bidders go head-to-head on an auction, both armed with hundreds of bids and have a resolute goal to win an item neither bidder gets a deal and only one can win (unless the value goes to half MSRP at Yotta Bid, they just started to do this, probably to fuel more bidding and insure that if two spends hundreds they can both walk away with something).

Sometimes it’s best to stop bidding before you get to the point of no return; it’s all up to you. Don’t let this strategy used by a few intimidate you and deter you from bidding on items that you have your eye on, just be sure to count the cost before you get into an auction the bid to win strategy won’t last forever. Penny auction bullying needs to be prevented, perhaps by putting in place rules against bid throttling, and forum moderation against item manipulation can help to enforce this on sites with a small customer base. Take a look at some of the other penny auction sites that have thousands of users, when they get to that point no one cares or even notices who they are bidding against.

Thank you for reading and, as always, remember to use your own discretion and do some research when bidding on penny auctions.

That’s why online pharmacies is becoming more popular over the last years. Well-known are remedies which are used to reduce inflammation caused by inflammation of the skeletal muscle etc. There were only few examples. Did somebody tell you about canadian generic Viagra? Maybe you afore know about the matter. Sexual malfunction can be a result of a physical condition. Even when it has a physical cause, psychological problems can make the disorder worse. Sex drive problems are so commonly a product of how you feel that there is something to that “headache” saying after all.