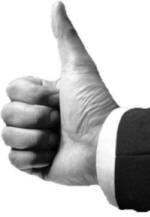 On January 18th of this year we found PennyBiddr.com shill bidding, well thanks to a referral from the FTC  the Washington Attorney General is holding them accountable. It’s about time! There are many more sites that are shill bidding and we hope that consumers will report these sites so that everyone who has been defrauded will be refunded.

SEATTLE – Penny auction sites lure consumers with cheap prices on brand-name electronics, designer handbags and discounted store gift cards. But an investigation by the Washington Attorney General’s Office shows how some of these sites can fool consumers into paying big bucks on an auction with no winner. These sites use shill bids to drive up prices by one unlucky penny at a time.

The owner of PennyBiddr, based in Federal Way, agreed to shut down the site and refund consumers nationwide as part of a settlement announced today by Attorney General Rob McKenna and Assistant Attorney General Jake Bernstein. Documents filed by the state in King County Superior Court accuse the company of using phony bids to artificially increase prices and sometimes make it impossible for consumers – who had already spent money – to win an auction.

“Here’s my two cents on penny auctions,” Bernstein said. “They’re essentially a form of entertainment in which you to pay to play. In a legal auction, a consumer may be able to buy an expensive item for an incredibly low price. But if you don’t know how these auctions work or you find it difficult to stick to a spending limit, you can easily be suckered out of lots of money. Worse, some site owners collude with friends or even use an illegal software code to place bogus bids.”

Bernstein said the Attorney General’s Consumer Protection High-Tech Unit began investigating PennyBiddr after receiving a referral from the Federal Trade Commission. The company was launched by LionHeart Mint, LLC, owner Kanwal Preet Singh, a.k.a. Laly Singh, in November 2009. Singh, who complied with the state’s investigation, recently shut down the site.

In a traditional Internet auction such as eBay, a bidder decides what item they want and how much they’re willing to pay for it. If no one bids higher, they win the item. Consumers who lose the auction pay nothing.

In a penny auction, a consumer pays to bid. The price varies; bids cost $1 each on PennyBiddr. All auctions are time-limited, usually starting with several days. But as the time ticks down to a few minutes or seconds, each bid extends the auction by a few more seconds and increases the product purchase price by a cent. In this fashion, continued bidding prevents an auction from concluding until no more bids are placed. When the auction closes, the individual who placed the last bid must pay the final price of the item, plus shipping and handling. That’s on top of whatever was spent on bids. For every winner, there are also losers who are out whatever they spent on bids.

Some sites including PennyBiddr use shill bids, which Bernstein said are illegal. These bids are placed automatically by a software program or people may be hired to manually place bids. Each fake bid inflates the price and extends the auction time and the number of bids required to win an item. Moreover, the program used by PennyBiddr would allow an auto-bid to “win” an auction, in which case nobody received the item and the company simply pocked the money spent by real bidders. Bernstein said the software program used by PennyBiddr was created in the United Kingdom.

The state’s settlement doesn’t require any finding of wrongdoing or admission of guilt. As part of the agreement, Singh will refund every consumer who paid for a bid on PennyBiddr. The Attorney General’s Office estimates about 85 consumers are owed money. Refunds will be made through PayPal and are expected to total more than $7,700.

Singh will also pay $8,000 to reimburse the Attorney General’s Office for legal costs. He is prohibited from using a penny auction site to generate income again.

There are many penny auction sites operating illegally and we hope that this will be just the beginning of regulation.

Next post: The Good, The Bad and The Ugly of Penny Auctions