It Was Only a Matter of Time: Penny Auctions & “Free” Trial Schemes 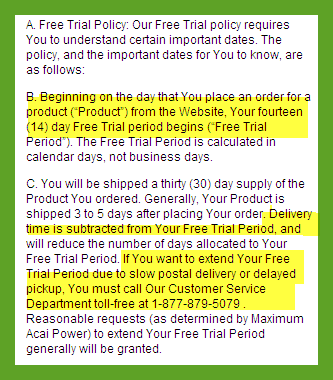 Penny auctions were listed under Free Trial Offer scams in a BBB release, earlier this year, Scammers Were Alive and Well in 2010.

“Not So “Free” Trial Offers – Misleading free trial offers online for diet supplements, penny auctions and money making schemes blanket the internet resulting in thousands of complaints every year. The free trial offers seem no-risk but complainants state they were repeatedly billed every month and found it extremely difficult to cancel.”

With all the new penny auctions coming on the scene offering “free” bids and instead charging unaware consumers’ credit cards, as well as marketing by way of fake news sites (though not all penny auctions are scams), it was only a matter of time they be put under the same category.

Penny auctions have been in the US since the many Swoopo clones that appeared in late 2008, yet here we are in 2011 and the mainstream media & regulators are seemingly just now finding out about them.

In the meantime, thousands of consumers are still being cheated by less-than-honest scammers, who are making much more than pennies.

Some rights reserved by FunnyBiz

That’s why online pharmacies is becoming more popular over the last years. Well-known are remedies which are used to reduce inflammation caused by inflammation of the skeletal muscle etc. There were only few examples. Did somebody tell you about canadian generic Viagra? Maybe you along know about the matter. Sexual malfunction can be a result of a physical condition. Even when it has a physical why, psychological problems can make the disorder worse. Sex drive problems are so commonly a product of how you feel that there is some to that “headache” saying after all.

Next post: Swoopo Now an Approved Member of the EAA, Down?