We just recently reported on Oohilove’s acquisition by Swoopo.com’s Entertainment Shopping, Inc. and of Swoopo’s (swoopo.de) German corporation, Shopping Entertainment AG. filing for bankruptcy. But what does this mean for bidders of OohiLove? We just noticed that the OohiLove Facebook page (http://facebook.com/oohilove) that had 43,864 likes is now gone. Though OohiLove’s Twitter account is still active, they haven’t tweeted in almost a week now. 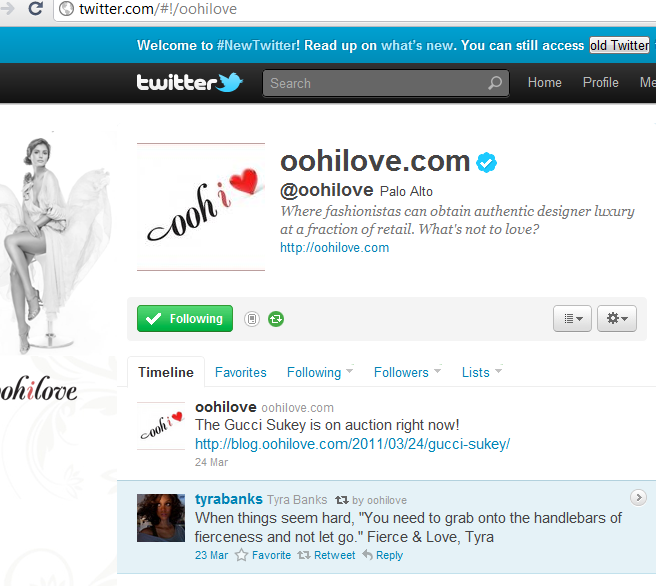 On the 23rd OohiLove retweeted Tyra’s message: “When things seem hard, “You need to grab onto the handlebars of fierceness and not let go.”

We e-mailed Frank Han, CEO of Swoopo, over a week ago now and have still not received a response. Odd indeed. We’re still not sure what’s up, or whether or not Swoopo will be back, but we’re concerned.

That’s why online pharmacies is becoming more popular over the last years. Well-known are remedies which are used to reduce inflammation caused by inflammation of the skeletal muscle etc. There were only few examples. Did somebody tell you about canadian generic Viagra? Maybe you yet know about the question. Sexual dysfunction can be a result of a physical condition. Even when it has a physical cause, psychological problems can make the disorder worse. Sex drive problems are so commonly a product of how you feel that there is something to that “headache” saying after all.