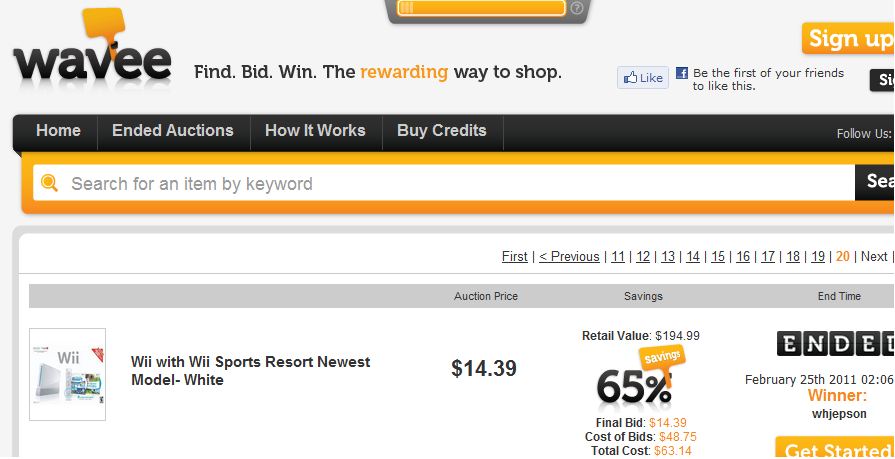 According to CBS News Atlanta, penny auction Wavee.com is under investigation by the Georgia Governors Office of Consumer Protection. Wavee now holds an F rating with the BBB. 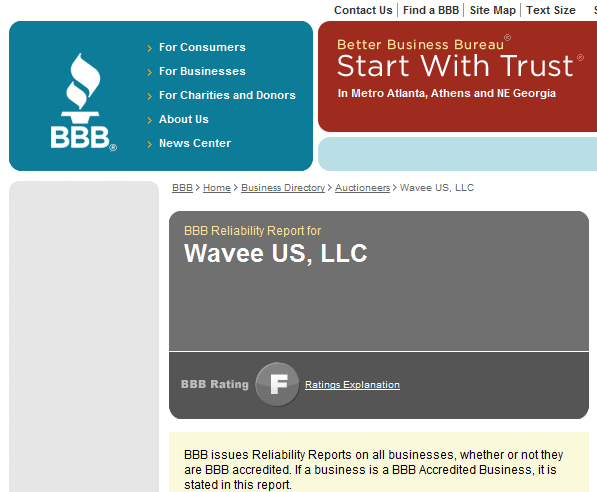 For the past few months many of our members have reported a delay in items received. In fact, one of our forum members told CBS that they have been waiting 3 months, so far, on items valued at over $10k.  Wavee has told us in the past, as well as recently to CBS, that items will be received by winners.

Read more about what penny auction bidders are saying about Wavee in our forum: Wavee.com Reviews

We hope that Wavee ships and that the sites that have walked away with consumer’s money, either by way of shill bidding, or not shipping, will be held accountable.

That’s why online pharmacies is becoming more pop over the last years. Well-known are remedies which are used to reduce inflammation caused by inflammation of the skeletal muscle etc. There were only few examples. Did somebody tell you about canadian generic Viagra? Maybe you along know about the question. Sexual disfunction can be a result of a physical condition. Even when it has a physical cause, psychological problems can make the disorder worse. Sex drive problems are so commonly a product of how you feel that there is something to that “headache” saying after all.