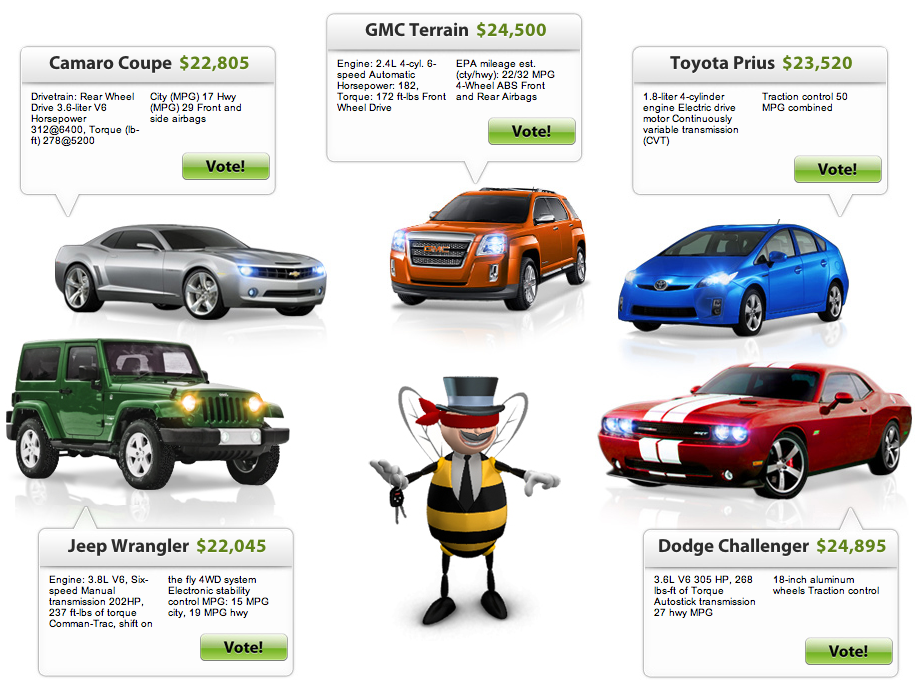 Beezid has just announced their “Pick Your Ride” event.  Beezid has auctioned off cars in the past, one bidder won a brand new Ford Mustang GT for under $717,  but never before has a penny auction site allowed their bidders to vote on which car goes up for auction.

The penny auction site has five brand new cars that penny auction bidders can vote for. The vehicle with the most votes will be chosen and put up for auction:

You can vote now by clicking here and signing in to your account.

Have you bid on Beezid? What have your experiences been? Join our forum and discuss Beezid and all penny auction sites!

That’s why online pharmacies is becoming more popular over the last years. Well-known are remedies which are used to reduce inflammation caused by inflammation of the skeletal muscle etc. There were only few examples. Did somebody tell you about canadian generic Viagra? Maybe you yet know about the question. Sexual malfunction can be a result of a physical condition. Even when it has a physical cause, psychological problems can make the disorder worse. Sex drive problems are so commonly a product of how you feel that there is something to that “headache” saying after all.

Filed Under Penny Auction News Tagged With beezid, car penny auction, new cars, penny auctions for cars
About the author: Connect with me on Google+
2 comments… add one