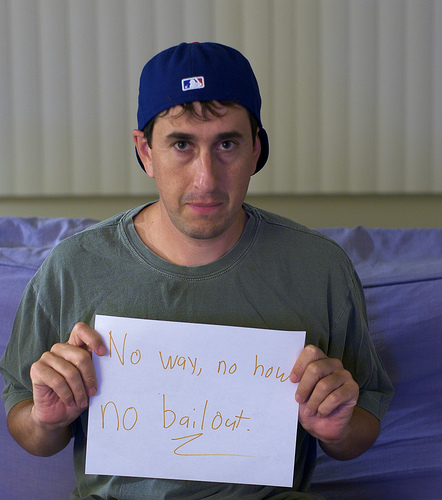 The following guest blog is from someone who had firsthand experience with running a penny auction. Here’s his insight and thoughts on penny auctions from a business that wasn’t able to make it:

“Hello. I’m one of the IT persons formally with a penny auction site that has since closed it’s doors. We never used bots or ripped any of our customers off. In fact, we ran a contest for an xbox 360 prior to our official opening. The winner cashed it in for amazon credits and never posted that he’d gotten it, but he was sure to keep in touch with IT on a daily basis to ensure he was still in the winning. Nice customer.

The issues that Bidrail suffered from which caused their eventual closure happened on our site too. The majority of bidders will not bid against their friends and this kills startup sites.

The collusion and tagging even though most of you don’t want to admit it, basically allows you to rape new startup sites and that’s exactly what many of these bidders set out to do.

How you can say that the site itself is responsible and should have taken better care to prevent this situation is beyond me. How do you prevent something that the majority of you are proudly and knowingly doing? You want something for as close to free as you can get it, and startup sites are easy pickings for the known tactics.

We were virgin to this during our beta testing stages. All of our users bid against each other, as long as we gave them free credits. When we opened for real tho, that all stopped. Somebody would bid once and basically tag an item on our site and that was that.

Some of our customers who seemed to like us alot during beta testing, immediately accused us of running bots when we opened for real and they had to buy bidpacks. They’d tag something and somebody would rarely bid against them. As the person wasn’t using a “known nick”, they assumed we had bots bidding against them.

For the most part, when we opened for real and came out of beta testing, the bidders (our loyal userbase or so we thought) would tag items and that was that. We took steps to block powerbidders by usernames to prevent this; that forced people to use new nicks and us be accused of running Bots. We never ran bots on our system.

startup bidding sites don’t really have a chance. The pool is infested with sharks. You pillage rape and plunder and blame the site. There’s next to nothing the site administration or IT staff can do to make this better. Power bidders will intimidate others, they’ll use their status to lie about your site and kill you that way when they’re done pillaging your resources. Bidrail ran longer than we did, but in the end, the rogue bidders killed it too.

You won’t bid against each other, You won’t bid against so called power bidders, etc. How do you expect a site to function under those conditions? How long do you think a site without a huge userbase can run? The answer is: It can’t. It’ll either shut down, or have to resort to shady activities. We like Bidrail, chose to shutdown.

On our opening day, we had 20 auctions running. We observed one bid placed on each item and on the first day, each item sold for that single bid. Not one bidder stepped up and fought for it. We did a little research and found various bidders on social media sites chatting it up with their bidding buddies; they’d agree not to bid on so and so, etc. So we took steps to remove specific usernames from being able to signup, to increase the chances of fair play for all. That caused bot running accusations.

If you’re thinking about running a penny auction site, don’t. Unless you have a huge cash resource to pay for heavy advertising and a constant influx of new users who signup and buy bidpacks, you’re already sunk. When you open, you’re fresh meat. The power bidders will tag you and you’ll go under.

Sorry if this offends some of you but the truth does have a tendency to do that. The business model cannot sustain itself without competitive users and you guys don’t want to compete with each other.”

What do you think about his advice and thoughts on the model?

That’s why online pharmacies is becoming more popular over the last years. Well-known are remedies which are used to reduce inflammation caused by inflammation of the skeletal muscle etc. There were only few examples. Did somebody tell you about canadian generic Viagra? Maybe you along know about the matter. Sexual dysfunction can be a result of a physical condition. Even when it has a physical why, psychological problems can make the disorder worse. Sex drive problems are so commonly a product of how you feel that there is something to that “headache” saying after all.

Filed Under Penny Auction Business Tagged With penny auctions
About the author: Connect with me on Google+
10 comments… add one

Next post: Ring In the New Year with an iPad Air Giveaway for Penny Auction Watch Readers from Kelebids.com!