Do You Bid on UK Penny Auction MadBid?

Have you bid on the longest penny auction running in the UK, MadBid?

MadBid has been around since it launched in 2008, and it has grown to be the biggest and most well known penny auction site in the UK.

They’ve offered off a few auctions for brand new cars over the years -Audi A1, Mini  Coopers and more.

In 2010 we reported on the $6 million MadBid investment by Skype co-founders’ Niklas Zennstrom and Janus Friis’ investment group Atomico Ventures.

We’re looking to hear from bidders of MadBid – did you bid and win? Did you receive your items, if so, how fast? Did you buy bids and lose (note: This happens everywhere…) We want to know about your experience.

As you can see MadBid recently closed a “Your New Car” choose your car auction with a MadShop buy it price of $28,999, the auction closed at $1,618.91, 161,891 bids were received. Wow, that auction had to have lasted awhile!? Wonder if the winner, “rizzy786h” chose the Ford Fiesta ST, Chevrolet Silverado 1500 or Ford Mustang EcoBoost Fastback-? Anyone know? 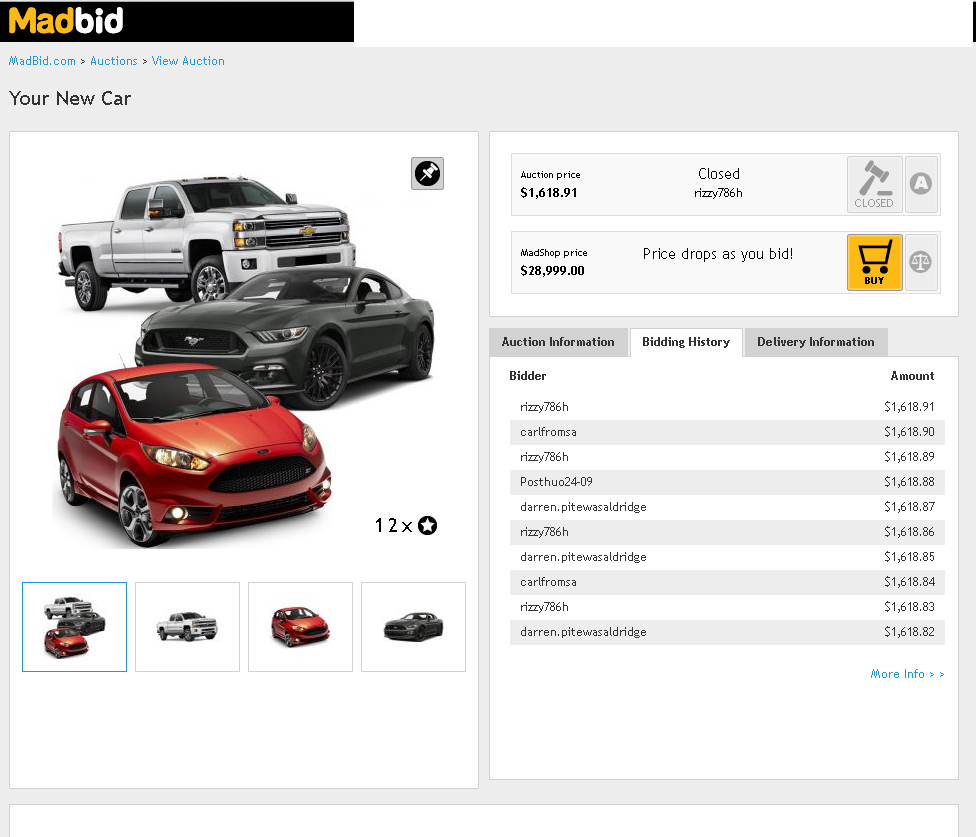 It appears that MadBid has redesigned their website and now has a landing page that doesn’t allow you to see active auctions until you actually register.

Are their items really warehouse closeouts?  The Audi A1 is pictured to have been sold for $338.69, this would = 33,869 bids by all bidders if the bid increments increased by $0.01 with each bid placed. 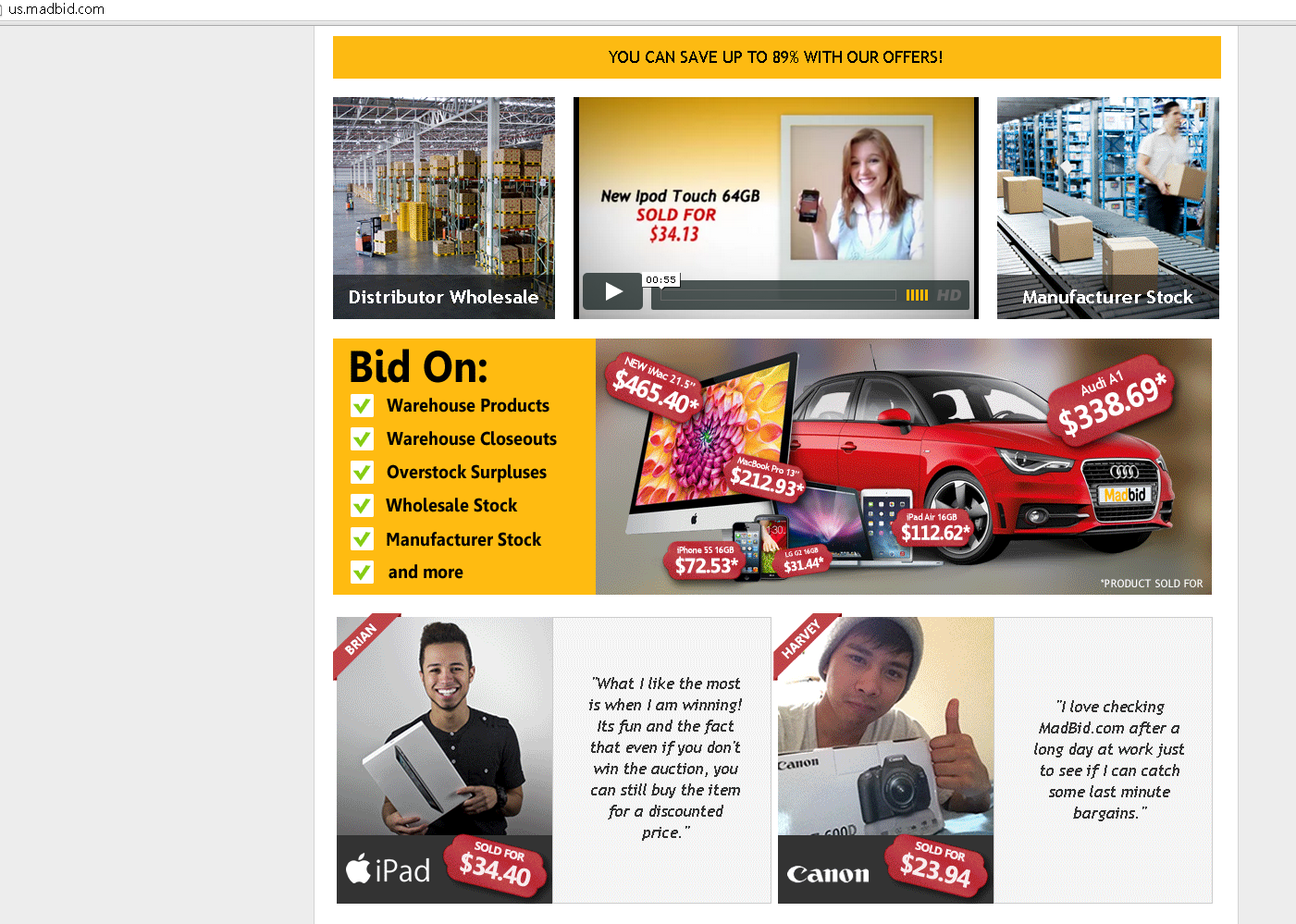 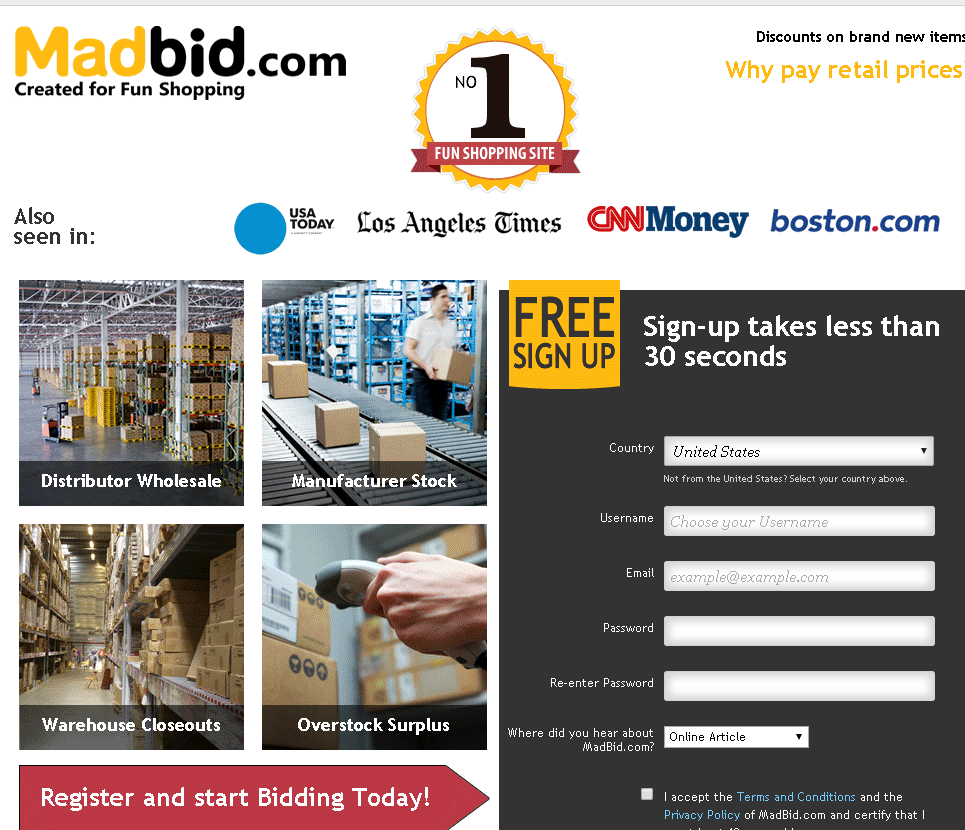 As you can see, after you sign up (you don’t have to automatically buy bids – just go back to MadBid.com and it should show you the active auctions page after you read all terms & conditions and register.

One good thing about MadBid is that it allows you to “buy it now” with a discount on the buy it now price, less your bids placed to get the item at a discount. 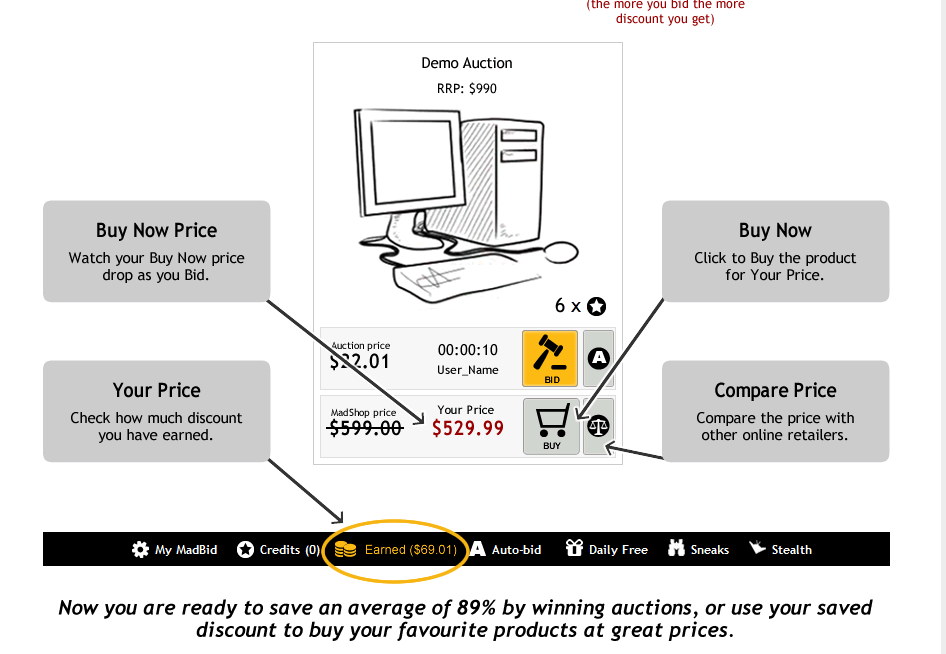 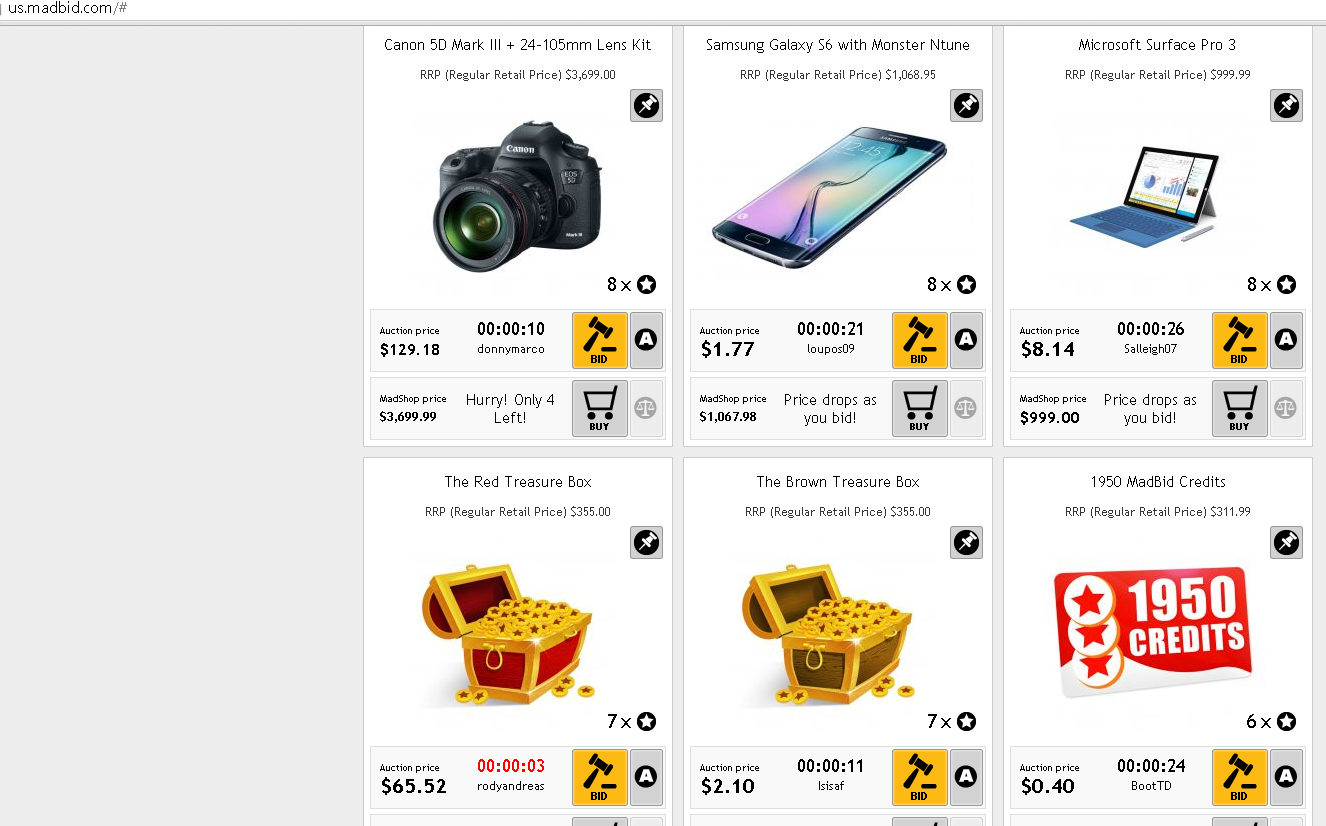 According to MadBid, they have sold over 18 cars or motorbikes and have a report posted that was conducted by accountancy and business advisory firm BDO.

“To ensure that MadBid customers are making the most of the fun auctions and are enjoying the bargains shipped out every day, the company asked one of the leading accounting firms in the world, BDO, to do a review of its auction model. This is the second independent report BDO has conducted for the company. After in-depth investigation of the auction functionalities and the control mechanisms, the accounting firm also confirmed that the average saving on the website is 89%. The most recent report also outlined that MadBid has sold and delivered 18 cars or motorbikes. You can find both of the reports here: BDO 2014, BDO 2011.”

Have you bid on MadBid? We want to hear from you!

That’s why online pharmacies is becoming more pop over the last years. Well-known are remedies which are used to reduce inflammation caused by inflammation of the skeletal muscle etc. There were only few examples. Did somebody tell you about canadian generic Viagra? Maybe you yet know about the matter. Sexual disfunction can be a result of a physical condition. Even when it has a physical cause, psychological problems can make the disorder worse. Sex drive problems are so commonly a product of how you feel that there is some to that “headache” saying after all.

Filed Under Bidding Sites, Penny Auction News Tagged With madbid
About the author: Connect with me on Google+
0 comments… add one