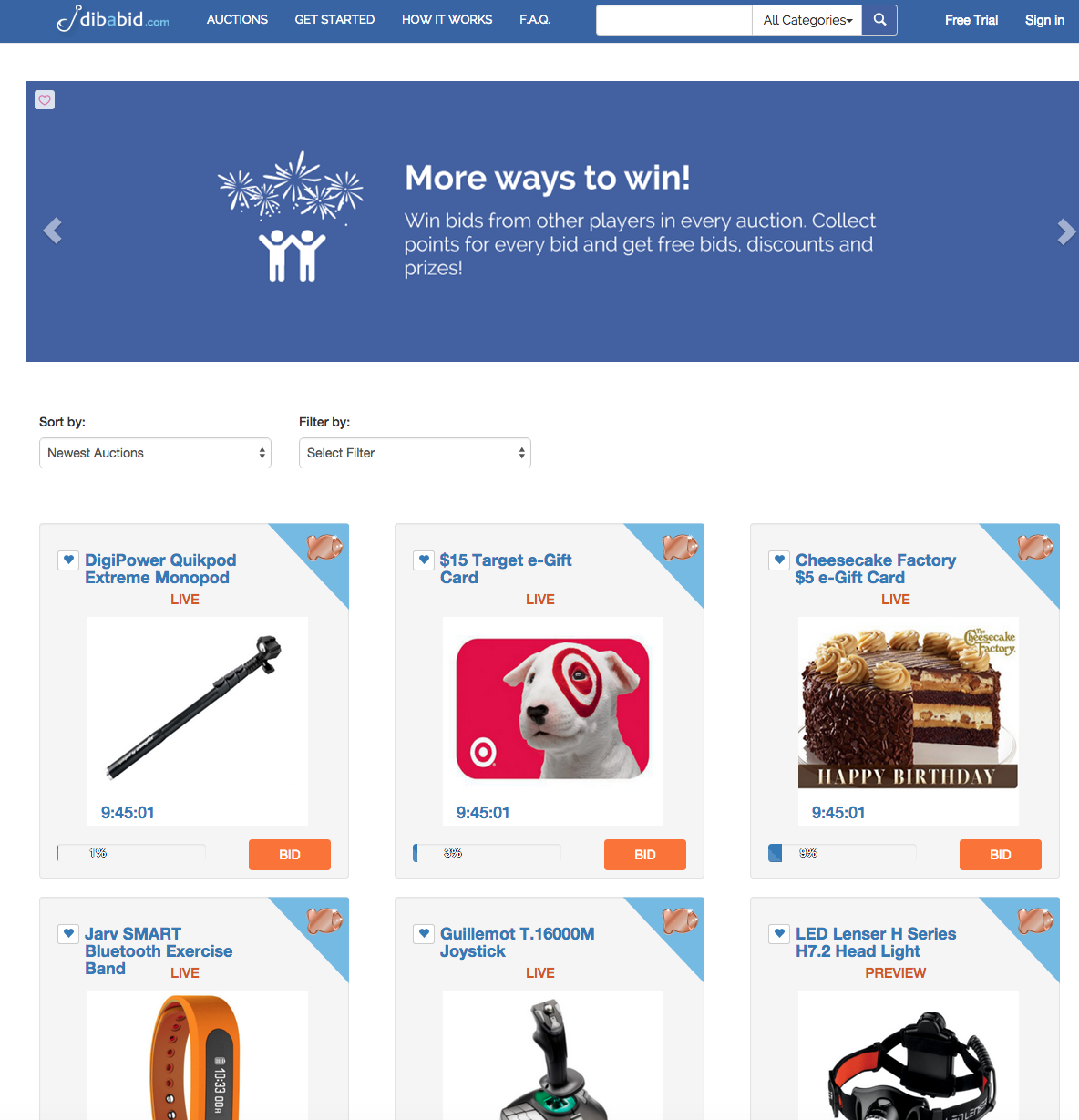 Anyone remember highest unique and lowest unique bid penny auction sites? Not many of the sites that offered this entertainment shopping model are around today. If you liked unique bid auctions and miss them, you may want to check out DidaBid.com.

DidaBid says they’re a California based company that offers a twist on penny auctions with their “hush auctions.” Hush Auctions are highest unique bid auctions where bidders place bids on an item, there’s a maximum number of accepted bids and only one bidder will win. The person to have the highest, unmatched bid when the auction ends will win the item.

DidaBid guarantees that no one will pay more than 5% of the retail price for an item.

They claim that this site acts on strategy and not chance. Most auctions, they say, end within 24 hours.

If you bid on an item and don’t win it, you can get all of your bids back and reduce your buy now price. You can also win bids from other bidders. If the bid minimum isn’t met, the highest bidder gets all the tokens that were made for free. I wonder if this means the bidders who placed the bids lose out because the item never ended? Interesting.

Would you try DidaBid.com? Do you like unique bid auctions?

That’s why online pharmacies is becoming more pops over the last years. Well-known are remedies which are used to reduce inflammation caused by inflammation of the skeletal muscle etc. There were only few examples. Did somebody tell you about canadian generic Viagra? Maybe you already know about the question. Sexual malfunction can be a result of a physical condition. Even when it has a physical cause, psychological problems can make the disorder worse. Sex drive problems are so commonly a product of how you feel that there is some to that “headache” saying after all.