Have You Bid on Swizzie?

UPDATE SWIZZIE’s ATTORNEY SAID THEY DO NOT USE BOTS OR SHILLS. 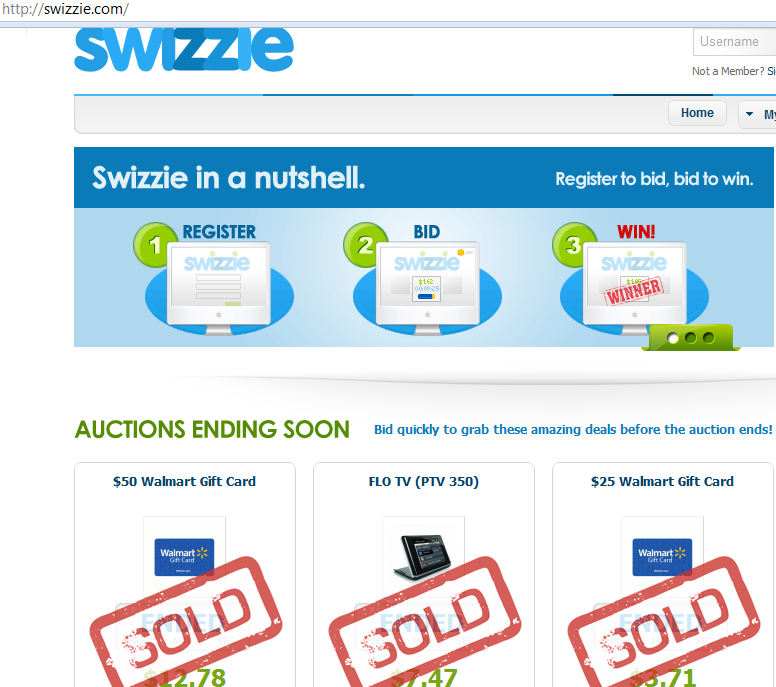 Have you bid on new penny auction site Swizzie.com?

Swizzie seems to have a low traffic ranking, 5,639,460 according to Alexa, yet they have dozens of bidders fighting for a $50 Walmart card right now.  Swizzie’s bidders are bidding at around 11-13 seconds the majority of the time, nope, they seem to not even let the timer countdown. In just a few short minutes we watched the Walmart card receive over 1,000 bids!

Some current users bidding include the following:

“What exactly is a ‘Swizzie’?
Come on, you don’t know? Swizzie is our name, Mr. Swizzie is our mascot and team leader, Mrs. Swizzie… Well, Mrs. Swizzie doesn’t exist yet, but if Mr. Swizzie behaves he just might get lucky.
Most importantly, Swizzie is a web site that believes in providing consumers with huge discounts through fun and engaging live auctions. We believe in auction transparency and member privacy. We will never share or sell your private information. [Swizzie tells us:] We will never use methods to artificially inflate our auctions. Swizzie is a name you can trust and we’re proud to be able to say that. Enjoy your time at Swizzie.com, tell your friends, family, and neighborhood monsters and don’t be a stranger.”

Swizzie, LLC is a registered business with the Maryland Secretary of State: 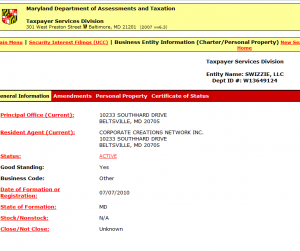 We weren’t able to find any reviews on Swizzie except for a few “sponsored posts:”

We love deals. We have been able to find great deals in on-line auctions. One of the sites we visit is Swizzie. Swizzie has auctioned off items such as an I-Pod Touch for a few dollars as opposed to a couple hundred bucks. You can follow Swizzie on Twitter to be the first to bid on some very hot items such as a $250 Target Gift Card. And, you can be one of the first to like Swizzie on Facebook! You will be able to see the latest added auction items on your news feed. Swizzie is taking auctioning to the social media level.” 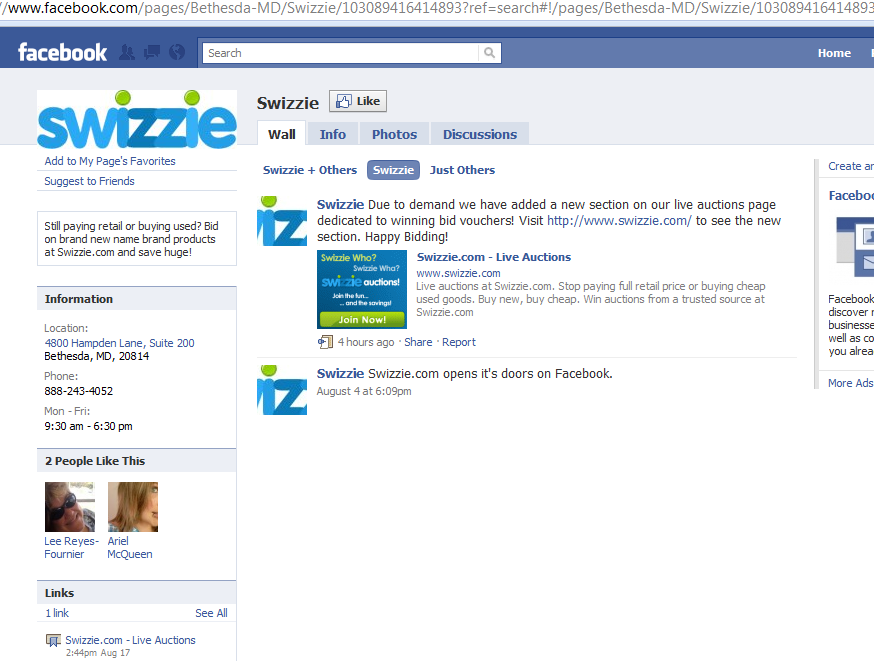 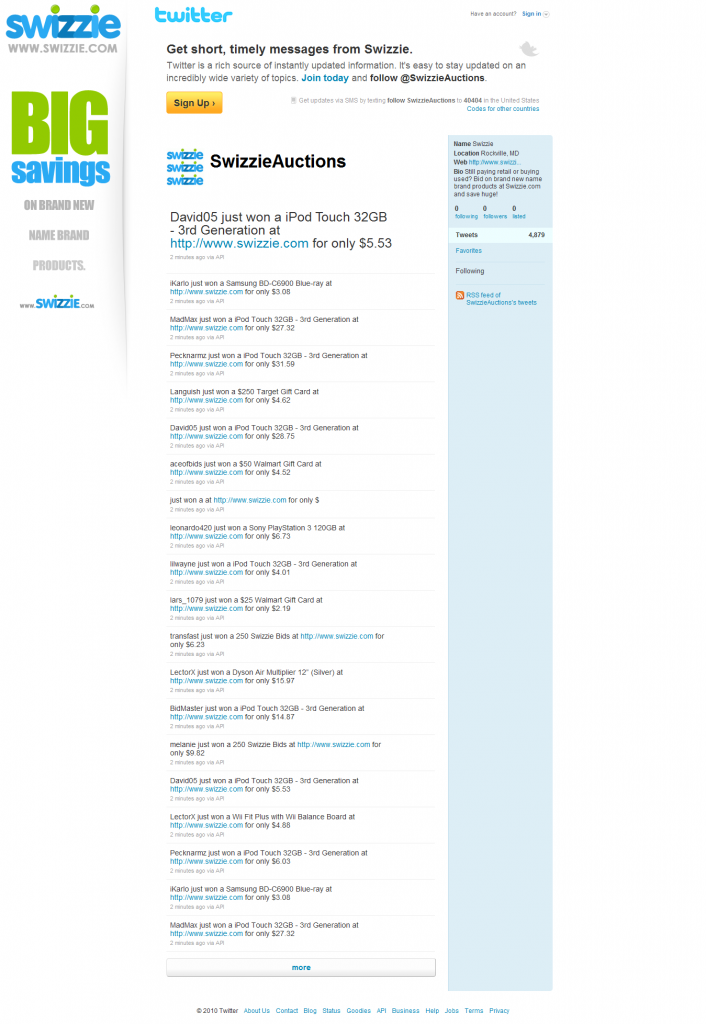 Have you bid on Swizzie.com? Let us know what your experiences have been.