Why Do Penny Auction Sites Close? 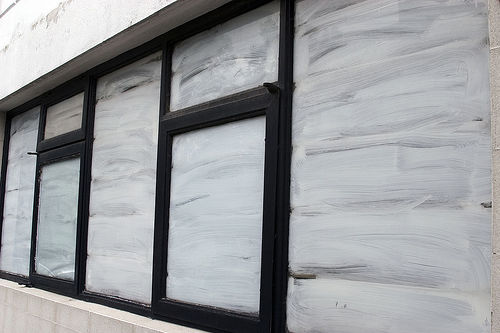 When looking back over the last year and a half there sure have been a lot of penny auctions site that have come and gone, the Penny Auction Watch℠ Out-of-Business Penny Auction site list hasn’t been updated in awhile, but at least another dozen sites can be added to the list of the sites that failed to make it.

One reader posted the following question:

“How come most of these penny auctions close?
How many of them where scamming users?
or just simply not making a profit?”

Well, one site that’s now gone- and that was found to have shills, PennyBiddr.com,  is currently undergoing settlement with the Washington Attorney General,  “The owner of PennyBiddr, based in Federal Way, agreed to shut down the site and refund consumers nationwide… .”

The WA state AG is stepping up to the plate and protecting consumers and we really hope that other state & federal authorities step in. They’ve issued the very important warning, “Some penny auctions use cheap tricks to cheat consumers.” These cheap tricks can include shill bidding, posing as customers and even not communicating or shipping items, among others.

Some that are gone weren’t able to gain enough money to make the venture profitable, some lost on almost every item, they wouldn’t resort to committing fraud by shill bidding. Some didn’t have enough capital starting out to make a go of it, many that didn’t have enough resources to advertise and to use a custom/unique script have failed.

Others that are now out-of-business took whatever money they could from consumers and never shipped items out, then disappeared.

Then there are those who, after disappointing many customers, who left behind an influx of negative reviews, re-opened with new names, some did this a few times (ex. 1, 2).

There are even some sites who have had problems with bidders.

The latest site to close, due to lack of customer base, is Bidoction.com, the site owner told us that she is taking a break from running the site and may re-open in 2011, “Bidoction will not post any more auctions starting 10/18/2010. I have decided to give myself some time to think and re-assess my business strategy. It was very surprising to see that after running one of the most honest penny auction site for six months, the consistent user base was not growing. I may decide to reopen the site in 2011 again.”

Bidoction.com was one of the first sites to hide the usernames of their bidders with blind auctions.

“We believe that everyone needs to get a fair chance of bidding in any auction. Thus we introduced Blind auctions. In these auctions, the bidder can only see their user id and the other user’s id is displayed as a random number. When the auction ends, the true user ids are then displayed.”

Another site that recently closed is Jeeler.com,

” it’s dead. Some slowdown, that would go off and on, caused us to make a tough choice. We took down Jeeler so that we can rethink our future. All bids for auctions that didn’t end will be refilled and then all bids bought will be refunded. We are not sure if it is the script or the server, but sometimes it was fast and sometimes it would just slow, regardless of how many auctions or how many users were on. We truly enjoyed our experience with PA’s but without solid running website it was impossible for us to continue. Thanks to everyone who supported us.”

There’s the sites that closed and didn’t ship items

Take for example Bidtimelive and Bidtime25, yes they had 2 sites, both sites are gone,   back in the beginning of July they told a customer:

“I know it has been a while yes we are working on getting everything caught up now. We have so much to get together that it will probably take us until at least the begginning of next week.  We ,,, I am sorry it has taken so long.  I have been wanting to answer you and others our accountant and programmer kept telling us tomorrow — tomorrow then it was a few more days and a few more days.  I had already told you one thing I didn`t want to keep telling you something again until I knew for sure we would be ready.  It has been long stressing on your part I am sure ours as well I don`t like knowing when I can proceed with doing something I know needs to be done. Hope you have been doing well. Thank you for being patient with us and allowing us the time to straighten this whole mess out.”

They’ve allegedly, according to what users are saying on our forum, disputed chargebacks saying that items have been shipped.

Then, there’s the sites that had problems with bidders

Another site experienced problems with bidders allegedly cheating them,

“As I previously stated on here I am doing this all by myself with no help from anyone. It may not be as fast as some would like but I am doing the best I can after losing thousands of dollars from certain people who took it upon themselves to lie, cheat and steal from me as well as the users on PAW. I am currently doing my best to try to atleast get back some of what I feel was stolen from me by false pretenses, manipulation and cheating. As I have stated before I do promise to make sure that all real legit users who bought, bid, and won fairly will get their wins.”

Are the people who run penny auction sites even business people or does the model set itself up for failure?

Some, in presenting the model to investors have claimed that it’s flawless, but those of us who have been watching the industry and bidding for over a year now can see that it’s far from fail-proof.

Still think you can do it? Check out our guidelines for penny auction site owners!

Some rights reserved by Pulpolux !!!