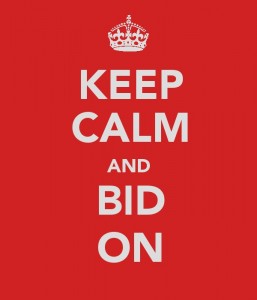 The following guest blog was sent into us by our forum member, Kristihall64. Kristi would like to share some valuable tips that she’s learned along her penny auction bidding journey. Thanks Kristi!

I ran across penny auctions in July of 2010.  I can’t even remember if it was an ad or some article I read that sparked my curiosity.  So I started looking up penny auctions and came across PAW.  I found an awesome auction site that was new. I joined and began bidding.  I had great success, spending very little money and winning great prizes for my family and myself.

Then, as the site gained popularity, the bid wars began and the prices were more then the value of the items being sold.  So, I moved on to another new site.  Excited again to be getting great deals and gaining experience at penny auctions.  Then the site began to have problems, when called by the owners of the company to apologize for auctions that had to be voided, I was more then happy to understand.  I was new to this and understood mistakes and mishaps.  Then there was the mistake of sending out bidders email addresses with out BCC’ing them.  Once certain people gained access to these addresses, they began communicating via email about a “truce”.

With the experience I have now, I know there is no excuse for ignorance, but sadly that is the truth of the matter.  When this person approached me, it was the following day after a certain bidder kept jumping the auctions I was bidding.  I thought, great now these people will stop harassing me.  So, I agreed to this without thinking it through completely.  Not recognizing the unfair advantage it would have on others and the company.  Within that day, the “truce” issue was exposed and the people that agreed to this were banned and rightfully so.  I was so ashamed I hadn’t thought it through completely.  I had spent so much time investigating penny auctions to make sure a company didn’t scam me and here I was in the middle of a scam.  For this I was honestly saddened.  I wanted to express my apologies to other bidders and let them know my heart was not to rip them off.  It was not a good time to put myself out there as the whole situation blew up and other bidders were so angry I do not believe they would have heard my heart.  So, I quietly sat reading the forum board and wishing I knew how to change the situation.  The site closed down and I never spoke up, until now.

I am hoping new penny auction enthusiasts can learn from my mistakes.

As many bidders will tell you, never spend more then you can afford to lose.  Be polite to others, many bidders are just out to enjoy a good auction and win a great deal.  Most bidders do not like “jumpers”.  The new bidder may not understand this yet, thinking they are strategizing to spend less bids and jump in on the end of the auction after another bidder has been going toe to toe with one other bidder, when it looks like your going to win the bid and then a miscellaneous bidder jumps the auction.

Watch the auction sites to see the screen names of the bidders:

If you are at a new auction site and you don’t recognize any screen names, this might be a problem, beware.  The best way to get to know the screen names is visit forums like PAW and read them.  You will run across some of these screen names and will recognize them when needed. You can also learn a lot from these forums. Last but not least, do not build alliances with other bidders.  This causes unfair advantages to other bidders and to auction sites, play fair.  We all work hard for our money and we all want to make the most of our money while enjoying these penny auctions.

I hope that this article can help others not to make the mistakes I have made.  Happy bidding and enjoy the auctions.

That’s why online pharmacies is becoming more popular over the last years. Well-known are remedies which are used to reduce inflammation caused by inflammation of the skeletal muscle etc. There were only few examples. Did somebody tell you about canadian generic Viagra? Maybe you along know about the problem. Sexual disfunction can be a result of a physical condition. Even when it has a physical why, psychological problems can make the disorder worse. Sex drive problems are so commonly a product of how you feel that there is some to that “headache” saying after all.