We’re excited to announce the first of our weekly Friday Giveaways! The Friday Giveaway will run each week on Friday and end the following Friday where the winners will be announced and a new giveaway begins.

Ok, you’re probably wondering why I all of sudden wanted to talk about donuts when I was just about to let you know what this week’s prizes are… Well, today is National Donut Day! And in honor of this celebratory day filled with flour, sugar and grease ;), this brings us to our prizes.

This week we have 2 delicious prizes to give away: 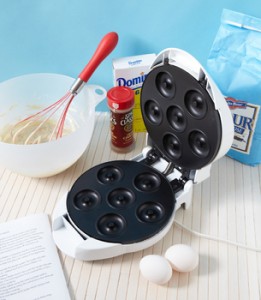 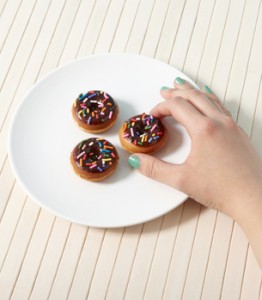 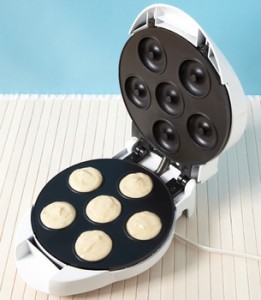 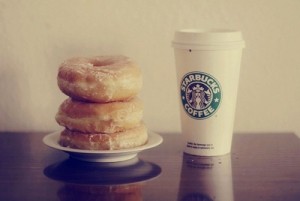 2 lucky winners will win either the Mini Donut Maker from us or the Starbucks gift card from MidPenny.com!

To enter to win all you have to do is:

The deadline to enter is Thursday, June 9th 2011 at 11:59 pm CST. Prize winners will be selected at random and announced here next Friday before we announce the next giveaway!

Now for a little history lesson!

“National Donut Day is on the first Friday of June each year, succeeding the Donut Day event created by the Salvation Army in 1938 to honor the women who served donuts to soldiers during World War I.– Wikipedia.com

For something sweet for everyone – www.krispykreme.com or www.dunkindonuts.com are both running Donut Day promotions: According to Krispy Kreme’s Facebook Page they’re giving out 1 free donut per person and Dunkin Donuts, a free donut with beverage purchase!
A special thank you goes out to MidPenny.com for donating the $25 Starbucks card!

Would you like to donate a prize for a future Penny Auction Watch Giveaway Fridays Giveaway? Contact us!

That’s why online pharmacies is becoming more pop over the last years. Well-known are remedies which are used to reduce inflammation caused by inflammation of the skeletal muscle etc. There were only few examples. Did somebody tell you about canadian generic Viagra? Maybe you along know about the matter. Sexual dysfunction can be a result of a physical condition. Even when it has a physical why, psychological problems can make the disorder worse. Sex drive problems are so commonly a product of how you feel that there is slightly to that “headache” saying after all.