Do You Have Time to Bid on Penny Auctions? 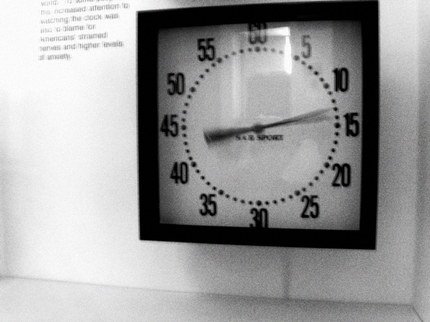 How would you feel if you had just spent 12 hours bidding to win just one item on a penny auction site only to lose or pay the retail price of the item?

Frustrated, disappointed, a little angry at yourself, and tired.

Thats exactly how I have felt after I have spent hours trying to win an item. 14 hours for a new Macbook, 4 hours on a designer item, 8 hours on a digital camera. I’ve spent countless hours bidding on penny auctions, but the point is did I save money after spending so much time trying to win?

And, if you figure in the time spent trying to win, I really didn’t win much at all.

The point is, it can be very very time consuming to try to win anything on a penny auction.

You may have already beat out your first opponent and five more can come in with a vengeance, all pushing you to spend more money to keep the auction going and try to reclaim your sunk costs. Time goes by, and it goes by even faster when you are bidding, 3 hours can pass and you wont really even realize it once you’re caught up in the bidding war

After you’ve sunk in more money and time into the auction do you keep going? When do you stop bidding, do you?

Penny auctions are definitely unpredictable. You can analyze past auctions and bidders until you’re blue in the face, but when it comes time to bid, if you plan on bidding until you win, you might find yourself disappointed and frustrated.

You are not alone.

Maybe you just spent $75 to try and win a $50 gift card +50 free bids with every bid you thought it would be your’s.  Sometimes it’s better to cut your losses and give up than it is to keep going, especially on lower priced items.

How would you feel if you spent hours and nearly over $600 in bids just to win the $50 card + a few bids?  Taking a look at recently ended items on the popular penny auction Skoreit I found that someone did just that.

The winning bidder probably did this to establish a reputation, but is $50 worth 10x its value and hours of your time in hopes that other bidders won’t bid against you in the future? For some this is their strategy.

If you were the bidder who lost $75 and started bidding from the very beginning, looking back maybe you’re glad you stopped when you did because maybe you would have never thought one bidder would spend so much just to win.

It goes without saying, penny auctions can be both time consuming and very expensive.

I’ve made this mistake more times than I can count.

Just because you may be one of the first few bids, does not mean you will win the item, you may be more likely to lose money than win if you bid this way:

Say you start bidding from the beginning, you’ve spent $300 already to win a $400 item.

As the time went by you ended up beating your first opponent, then another bidder and another.

Now anyone else who sees that you are nearing the retail value of the item could come in and force you to spend $300 more.

This is their strategy to bid later, rather than sooner, in hopes that they will weaken their competition (you), maybe you will win, but maybe another bidder will come in after the bidder who spent $300 more and spend $200 more, etc. It’s not always a winning game, and you have to really be ready for that.

So, watch an item for awhile and come in when you feel like you might have a better chance at winning, but be prepared to walk away and cut your losses if the other bidders seem like they’re not quitting.

If you start bidding from the beginning buy the maximum amount of bids that you would be okay with losing. Set an alarm so you dont get too caught up chasing after an item only to lose track of time.

How do you spend less time bidding and more time winning? Join us in our penny auction forum and lets discuss this!

That’s why online pharmacies is becoming more popular over the last years. Well-known are remedies which are used to reduce inflammation caused by inflammation of the skeletal muscle etc. There were only few examples. Did somebody tell you about canadian generic Viagra? Maybe you along know about the matter. Sexual malfunction can be a result of a physical condition. Even when it has a physical cause, psychological problems can make the disorder worse. Sex drive problems are so commonly a product of how you feel that there is some to that “headache” saying after all.

Filed Under penny auction tips Tagged With bidding fee scheme, Penny Auction, time consuming
About the author: Connect with me on Google+
1 comment… add one

Next post: Would You Even Bid on a Penny Auction That Conceals Usernames?

Previous post: SharetheSpoils the Penny Auction That Gives Back Makes a Come Back