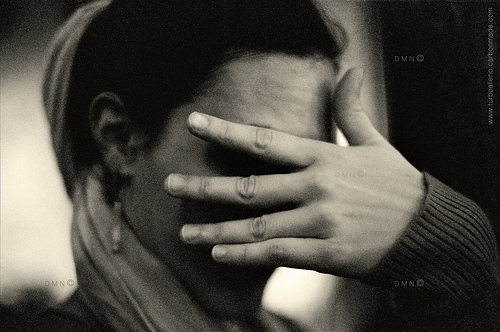 Now, this is a very good question that has been brought up a few times on our penny auction forum: Should bidder’s usernames be concealed (get assigned random numbers per auction)? If you have bid on penny auctions and watched bidding patterns before you may have noticed that some bidders seem to have an edge over others, quite often this is due to them establishing a winning reputation.  Again, the bidders that always bid ’til the end will make it a point to show you, either by bidding ’til the end each and every time and/or with their username choice.

Would the playing field be fairer if user’s couldn’t see who they were bidding against, or would you even bid if you didn’t know who else was bidding?

One of our member’s hopes that penny auction will consider hiding usernames:

“Okay I imagine I will get all sorts of retorts to this but I read on here last night a post from someone (can’t find the post now) where they suggested not showing the username of any bidders. Just have the auction assign random numbers to the user (like Ebay) and thereby eliminating the problem of being afraid to bid against this one or that, against friends, etc.

I did that with my own personal autograph auction. It had become so vicious with folks attacking other bidders, etc. that I decided to assign everyone a number and no longer were usernames shown. I had the script rewritten to provide this function and it has been peaceful ever since. The best money I ever spent. Even though my numbers do not change from auction to auction, the way they should on a Penny Auction to be effective, folks still cannot really tell who they are bidding against (they may know they don’t like number 12 to bid against but they don’t know who number 12 is). With usernames being shown it just becomes too difficult to try to win things and I actually have found this to be to my advantage financially. The auction brings in more money now because the “big boys” are not intimidating the small guys. Especially with my new users. They get assigned their bidder number (like a real paddle in a live auction) and away they go. No need to be looking at someone’s username they might have seen on another site that scares them away from placing a bid.

Why do you suppose Ebay implemented this in the first place? THE biggest online auction site in the world and they use this feature. I like it. And although, as mentioned, mine is not as sophisticated as theirs it truly does work.

I hope to see some Penny Auction programmers start thinking about adding this most desirable feature into their scripts. I, for one, would be interested in the purchase of one. I can assure you, it would definitely help sales and it would keep all the “rumbles” from occurring daily on the Penny Auction sites between users. I feel that a different id for each auction would need to be provided, but the same Id would be used throughout a single auction till it closed. There are millions of different number/letter combinations so it shouldn’t be that difficult to do.

Anyway, to whoever that other poster was I strongly agree with you. I know some were already NOT agreeing with you, but I have done this personally on my site and it made a world of difference. Folks always have the choice to STOP bidding at any time on any auction if the price is going too high. But to be afraid to even place a bid on an auction because Power Bidder #1 is on it first is ridiculous. I feel that is why so many of our Penny Auction sites are going under.

Come on programmers! Start adding this in, even if you make it optional to the auction owner in the Admin panel, and see what happens. Once they start using that feature, they won’t even consider going back to the USERNAME idea again.

That’s my 2 cents and in my very humble opinion I think it would make the Penny Auction business much more lucrative to all the owners and much more fun for all the bidders.

Okay…now let me have it because I am sure I’ll be getting hit over the head by a bunch of ya’all!!

But I won’t change my mind about its effectiveness and if I can find a script writer who will work with me on this I’m going to consider giving it a shot.

This solution works for me personally, so I know firsthand and I am not just guessing it will. I’ve been online with an autograph auction since July of 1997 and a successful one at that.

” – Discuss this in the forum!

We have not yet seen a penny auction that is concealing bidder’s usernames, but penny auction site BargainsandFun.com has just offered to test this out tomorrow (4/29).

Discuss the profitability of penny auctions and concealed usernames in the forum.

That’s why online pharmacies is becoming more pop over the last years. Well-known are remedies which are used to reduce inflammation caused by inflammation of the skeletal muscle etc. There were only few examples. Did somebody tell you about canadian generic Viagra? Maybe you yet know about the matter. Sexual dysfunction can be a result of a physical condition. Even when it has a physical cause, psychological problems can make the disorder worse. Sex drive problems are so commonly a product of how you feel that there is something to that “headache” saying after all.