Many months ago we wrote a series of articles on the penny auction sites BidPax, BidVoo, and iPennyBid. We first found iPennyBid.com, and told you that it was of our opinion that they appeared to have bot bidders, soon after our initial posting we received a legal threat from them.

Then, we kept seeing negative comments from readers and  iPennyBid was  eventually gone, they closed “due to licensing reasons” here in the US, but we don’t think this stopped them from continuing their penny auction business. Shortly thereafter, we found their new sites, BidPax.com and BidVoo.com.

Not only were there negative comments on iPennyBid.com from angry users that never won anything, they even required users to scan in their ID cards. [pullquote]Be cautious of scams requiring you to provide your personal information.- IC3 – Identity Theft Prevention Tips:[/pullquote]

“iPennyBid being unable to verify or authenticate user identity using reasonable endeavours, then iPennyBid may ask users to provide photo ID, proof of address and other documentation as iPennyBid requires. Should such proof not be provided, iPennyBid has the rights to suspend or permanently remove such unverified user accounts and withdraw any auctions won by such users.”

After iPennyBid.com closed down, on the two new sites, BidVoo and BidPax, we were not able to see anything here in the US other than a page with Google ads on each, but our international readers were able to and they sent us screenshots showing that both ran auctions, and many simultaneously.

Now it looks like iPennyBid/BidVoo/BidPax is open again, this time with a new name, IceBidz.com

Today we received a comment in our forum from a reader, he said:

“Hey all, I just found icebidz.com and was wondering if anyone has any experience with it, good or bad. I bought some bids, but think I may have been ripped into a scam. Serves me right for jumping in I guess. The company gives an address in Sydney, and is hosted in Singapore, but I can’t tell if its legit.

Wondering if I should waste my time even using my remaining bids as from what I am reading here for every proper penny auction site there are another 2 that are dodgy. Did I just waste $66? How can you know if it is real or not?”

First of all, we knew Singapore sounded familiar (BidPax.com was hosted in Singapore), we then checked out IceBidz.com, if you’re in the US, you’ll only see a page with Google Ads that says:

“IceBidz – Bid, Win and Save! IceBidz provides exciting auctions of brand new products. Save up to 93% on new LCD-TVs or up to 95% on Game Consoles. This is your new home for entertainment shopping!” 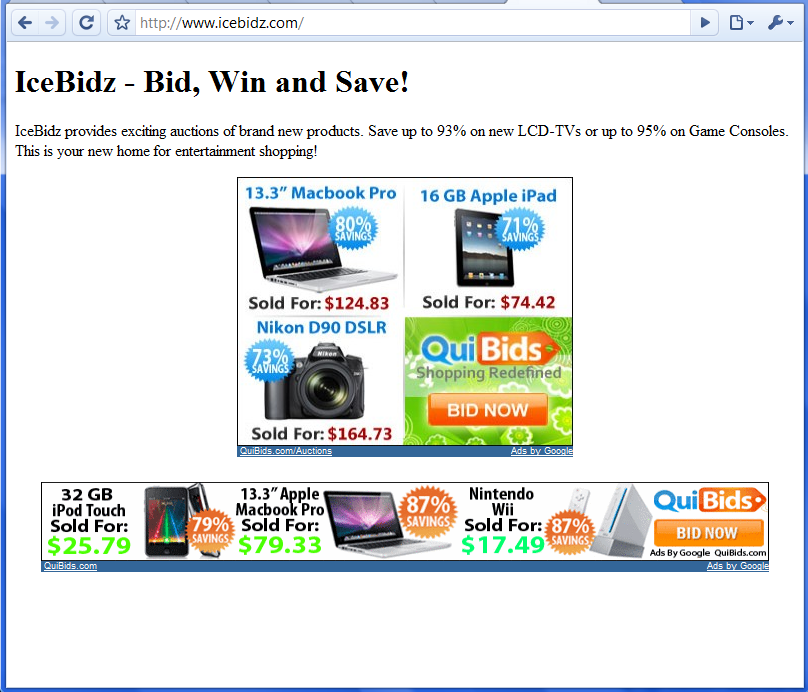 Now, the page with the Google ads was definitely familiar, in fact, nearly the exact page we saw on BidPax.com many months ago.

We then viewed the source code and put their Google Analytics code: UA-11026471-1  into adsspy.com, what did we find? Sure enough,  Bidpax.com. 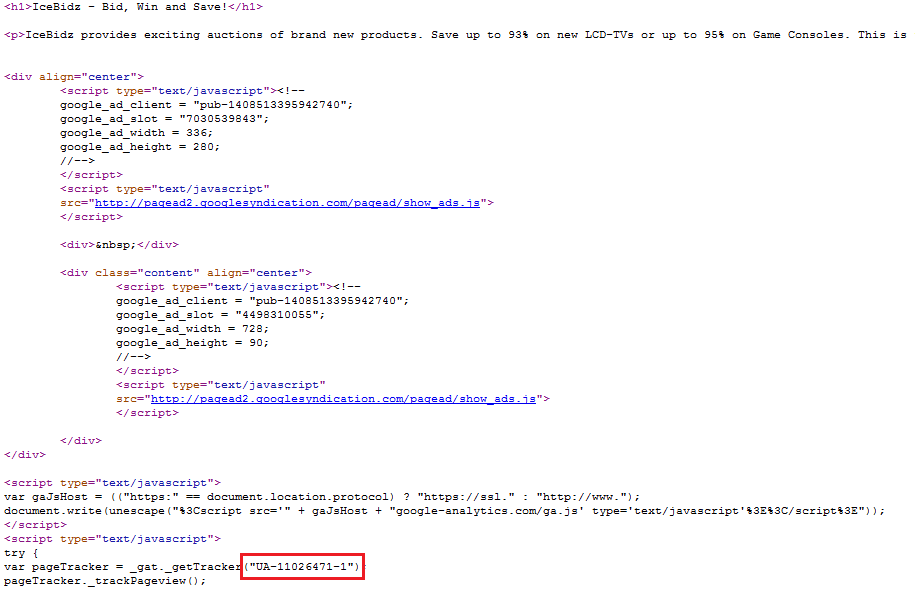 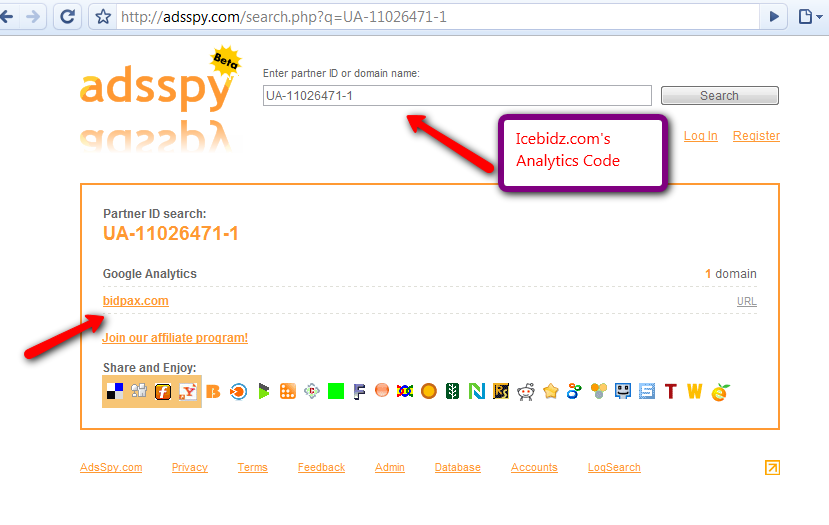 Where is IceBidz Really Located?

With the help of two of our international readers we were able to receive current screenshots of IceBidz.com. It’s interesting to note that the address on the Australian site is much different from the site that our reader in Nicaragua sees, in Nicaragua IceBidz.com displays the address as being in Hong Kong, in Australia the address reads: 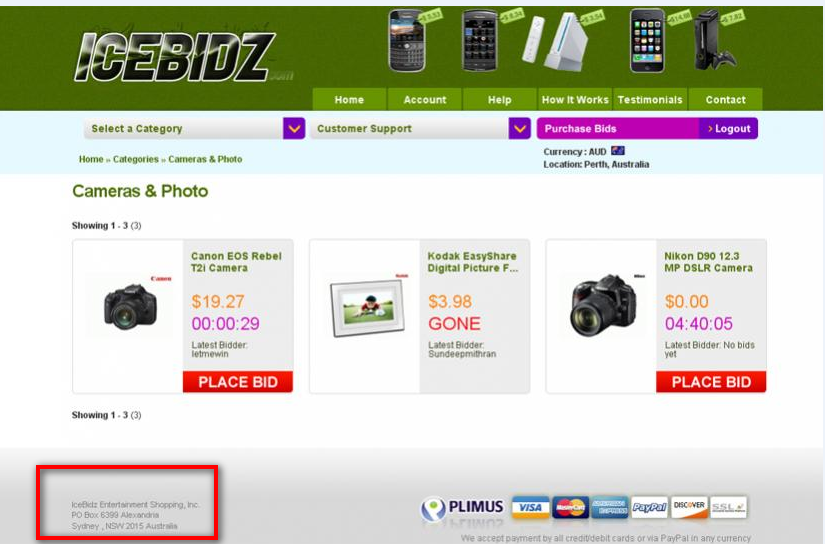 Our other reader sees an entirely different address: 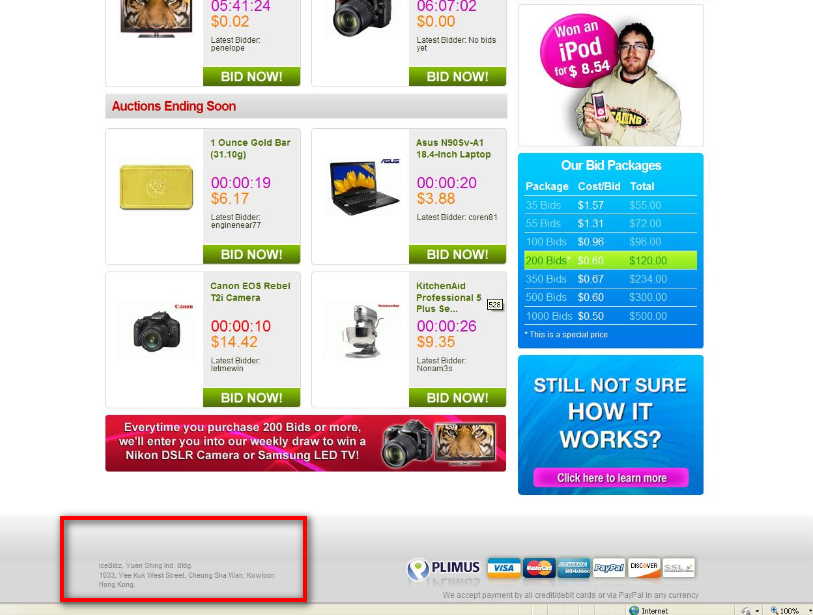 IceBidz.com, just like iPennyBid/BidPax/BidVoo, are using Plimus as their payment processor, it also says they accept payment via PayPal.

Previously, BidPax.com posted their location as:

BidVoo, on the other hand, posted an address to a car lot in California and a contact in Canada.

BidVoo.com claimed to be Bidvoo, Inc., at the time we checked with the Secretary of State Bidvoo was not a real, active corporation in the state of California)  The address that they posted was 4365 Lincoln Blvd,   Marina del Rey, Los Angeles, CA  90292

IceBidz displays photo testimonials of smiling people from all over the world, yet none of the photos show anyone with actual items won. 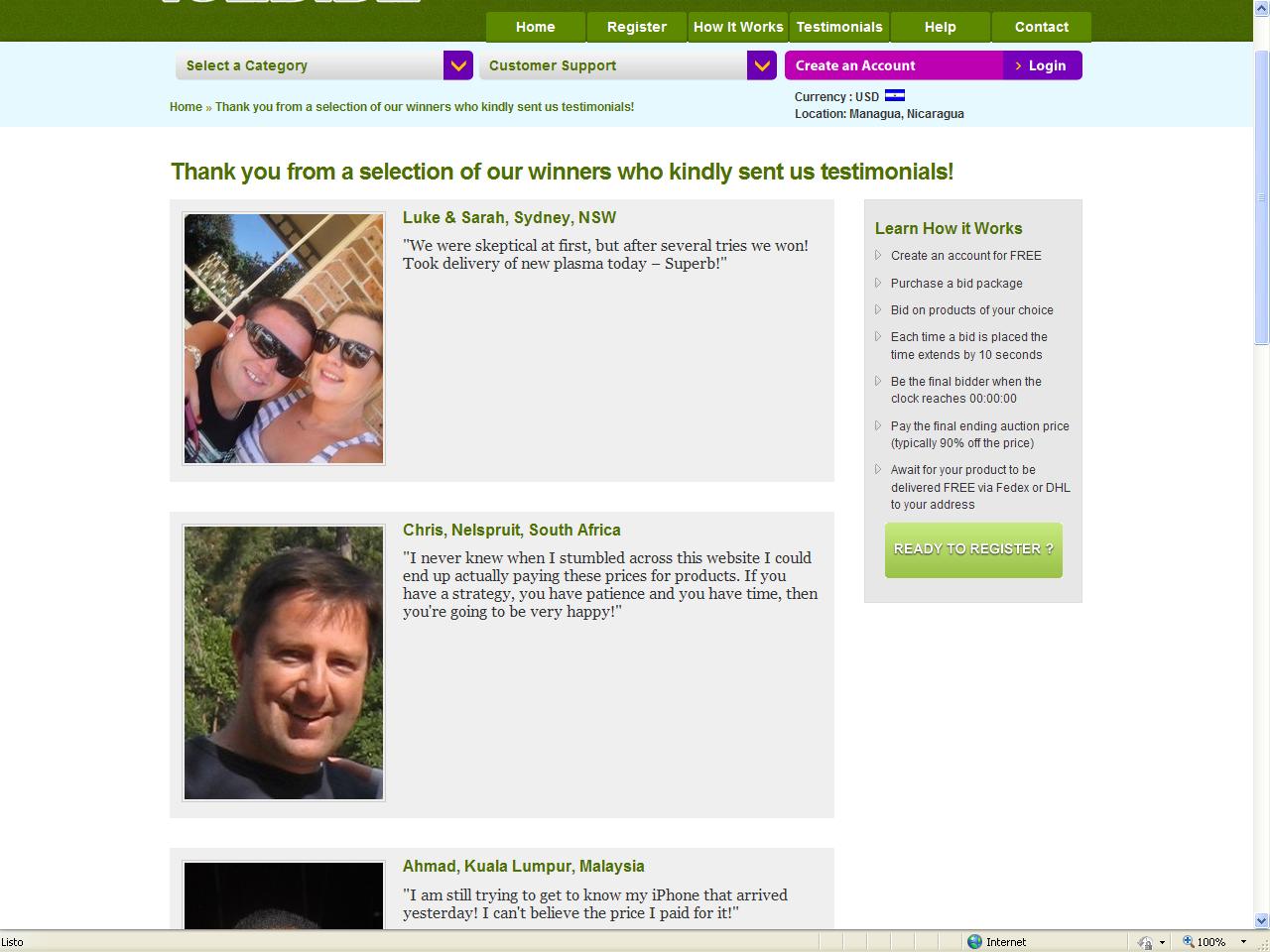 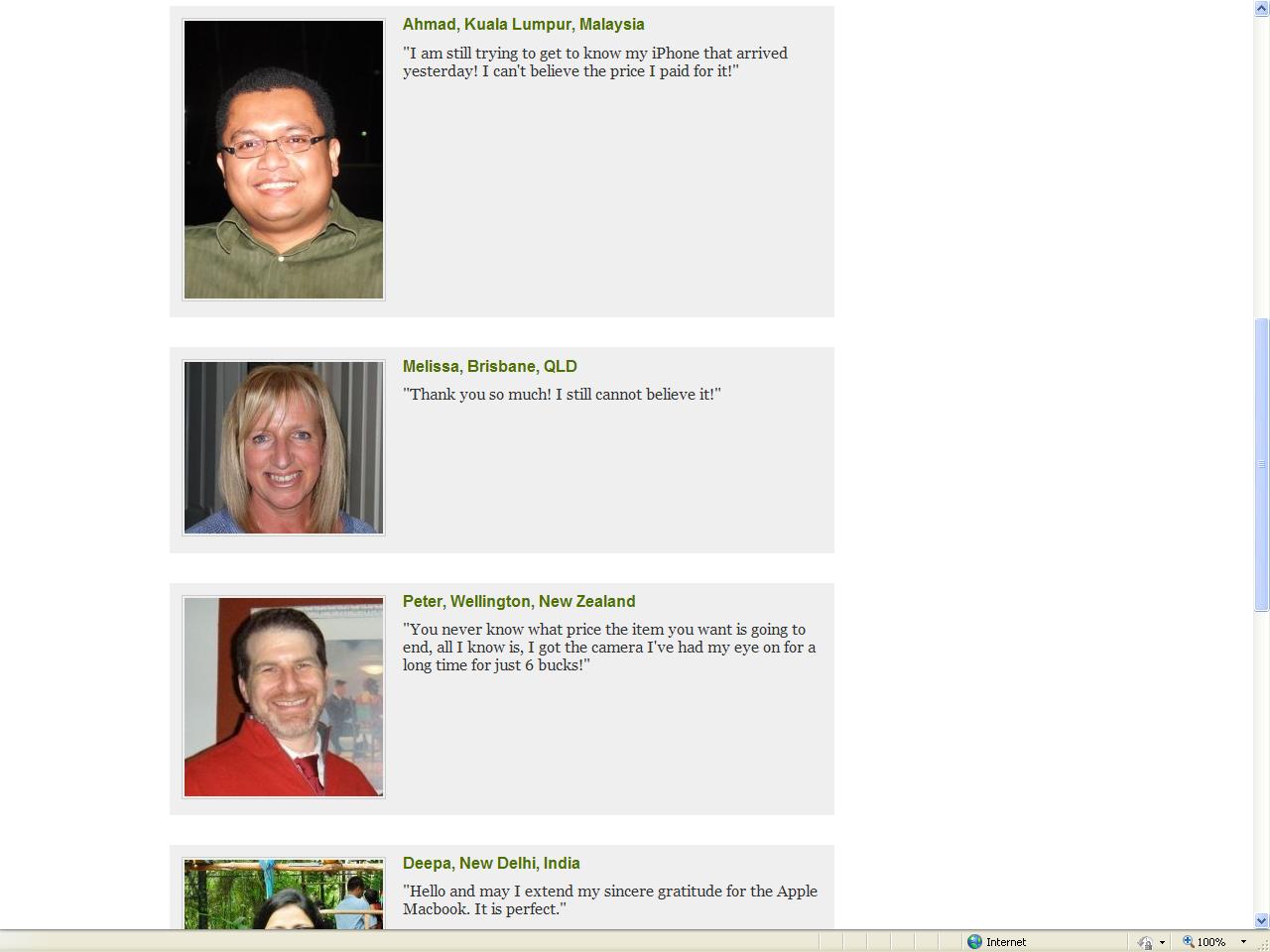 Awhile back we also told you how, this is in our opinion, that it seemed that BidPax had created a fake user testimonial blog entitled “BidPax Scam,” (for when users would search BidPax Scam they would find the positive review site).  We also found it interesting that the only two users to comment here telling us they received items were on proxied IP addresses.

It is of our opinion that it looks to us as if iPennyBid, BidPax and BidVoo, seeing as there were so many complaints about them online, many of them were posted here, probably just saved their penny auction script and just moved on to a new domain name, this time IceBidz.com.

View our previous posts on iPennyBid, BidPax, and BidVoo and check out the comments to see what others’ experiences have been.

Have you tried IceBidz.com? Discuss & review IceBidz in our penny auction forum!

Filed Under Legit or Not?
About the author: Connect with me on Google+
51 comments… add one