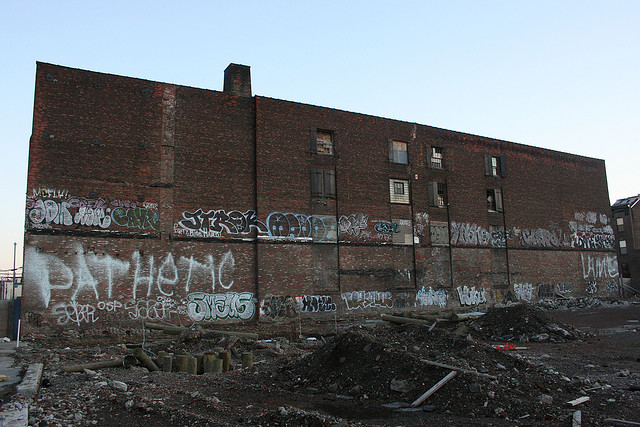 As if it wasn’t enough to blatantly defame and malign me personally and PennyAuctionWatch.com (oh, believe me it happens all the time, and usually from just a select few, very interesting individuals). All after we called out penny auction site CheapOh.net a few months back time about their pennyauctioninformation.com site that had gleamed reviews of CheapOh.net only to find that they are the registrant of the site.

They even went as far as to put a phony PAW “seal of approval,” on their site. NOTE: We DO NOT “verify” or “approve” any penny auction site nor will we assure you that any site is not going to end up stealing your money and disappearing. Too many of them have, do and will.

After the alleged shill review site was exposed here they went on a rampant, blatant smear campaign against PAW and falsely stated that I personally do not pay my taxes. If that wasn’t enough, they even spouted that I engage in black hat spyware malware whatever techniques. Then, they falsely claim that I get paid salary from penny auction sites such as BidCactus.com, I don’t and never have been. This is all on their pennyauctionwatch-scam.com site complete with this image as their header: 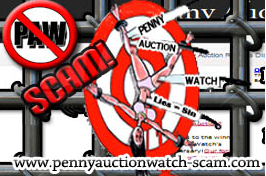 Ironically, after I posted about the review site and the whois info which contained the very same address that was on the contact page of CheapOh.net, they threatened to sue me and cited child endangerment statutes. For the full rebuttal and information on CheapOh.net’s juvenile attempts to discredit me for educating consumers see the following articles:

CheapOH! VP Embarks On a Misinformation Smear Campaign Against PAW After Article

But that’s not all. 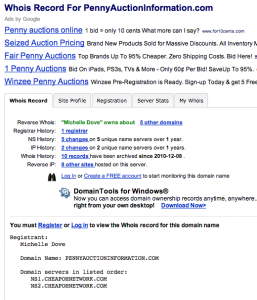 Now, starting today, they’ve violated copyright law when they blatantly stole PennyAuctionWatch.com articles + even our giveaway & winners list and put them on their ad littered site, PennyAuctionInformation.com. Get this, they copy + pasted the articles but changed some of the wording…

Take one of our posts for example:

“Another one bites the dust? Do we need to add designer goods/fashion penny auction site TrendyPenny.com to the ever-growing list of penny auction sites that set up, take our money and then run? We hope not, but users have not heard back from TrendyPenny nor have they received items won at least dating back to March 31st.

What’s up TrendyPenny? Will you be back, will you make it right with consumers? We’re waiting for an answer.”

“Another one bites a dust? Do we need to supplement engineer goods/fashion penny auction site TrendyPenny.com to a ever-growing list of penny auction sites that set up, take a income and afterwards run? We wish not, though users have not listened behind from TrendyPenny nor have they perceived equipment won during slightest dating behind to Mar 31st.

What’s adult TrendyPenny? Will we be back, will we make it right with consumers? We’re watchful for an answer.

They even have penny auction watch (our trademark in their meta tags). 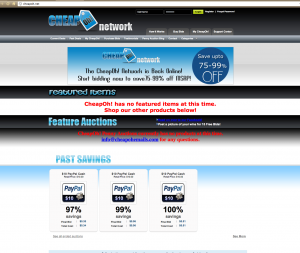 We’re not too sure what the status of their penny auction site is, if users have received all outstanding items or not, but their homepage currently displays the following message: “CheapOh! has no featured items at this time.” Seriously now?

That’s why online pharmacies is becoming more pop over the last years. Well-known are remedies which are used to reduce inflammation caused by inflammation of the skeletal muscle etc. There were only few examples. Did somebody tell you about canadian generic Viagra? Maybe you along know about the matter. Sexual dysfunction can be a result of a physical condition. Even when it has a physical cause, psychological problems can make the disorder worse. Sex drive problems are so commonly a product of how you feel that there is slightly to that “headache” saying after all.

Next post: Have You Bid on StealThat.com? Are They Really BBB Accredited?