Perhaps you were just watching your favorite TV show, you were about to flip channels after what you thought would have been the regular commercial interruption, but this commercial was different…Very different.

This time a cute girl came on and told you about a website called a penny auction where you could win all the latest and greatest electronics for pennies on the dollars. Flashy new iPads, small appliances, Playstations, MacBook Pro laptops, HDTVs, fancy dSLR cameras with price tags of up to 95% off discount flash before your eyes.

Maybe you didn´t find out about penny auctions on  TV. Perhaps you were listening to the radio, browsing or checking your e-mail and you were lured in by a similar ad, iPads for $25? Could it be true?

Don´t let these ads mislead you. It is possible to win items cheaply, but not always.

What is this penny auction thing all about and how can you get in on the action? We´ll tell you.

Penny auctions can be puzzling, but they don’t have to confuse you! If you´re a complete penny auction newbie, and don´t know where to begin, this guide is for you.

The Basics of Penny Auction Bidding

What is a Penny Auction and How Do They Work? 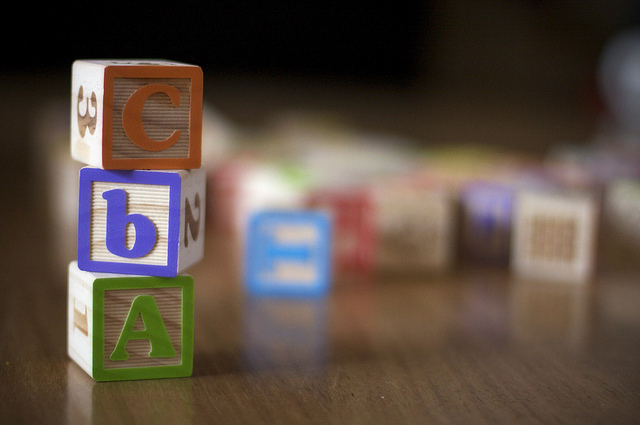 Penny auctions get their name not from what items will cost you (sorry, you really can´t win items for pennies), but from the item´s end price cost.

Most penny auctions begin with a price of $0, with each bid placed the price is increased by one cent – $0.01.

So, when you come across a penny auction site and check out the ended auctions, and see and end price of $5.93 on say a gift card to your favorite department store, this means 593 bids were placed by all of the bidders that participated in the penny auction for the gift card, but bids aren´t free and the winner most likely didn´t get the gift card for just under $6. 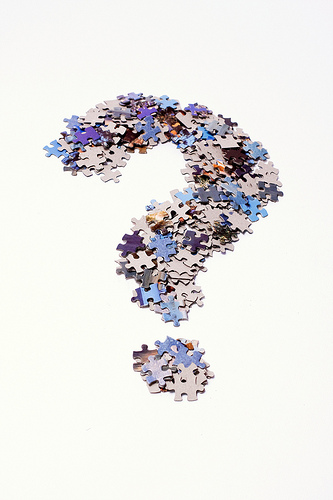 1. To start bidding on a penny auction you need to first choose a username.

It’s important to choose a unique username and sometimes more beneficial for a bidder to choose the same username on all penny auctions that they bid on. A lot of bidders will choose intimidating usernames like BidtoWin, GoingtoRetail, IWONTSTOP, and even usernames that could and have confused other bidders like Closed or Done.

Remember to choose your username wisely, you most likely will not be able to change it.

2. Purchase bids.  A few penny auction sites do give out a few free bids when you sign up, but not all, and you can´t always win with just a few bids. I have to buy bids? I know, you probably have never heard of anything like it before.

A lot of penny auctions use PayPal as their main payment processor. PayPal offers an excellent purchase protection program that could help you if a site fails to ship their items to you. PayPal has a 45 day window on buyer claims. I have lost a lot of money in bids to penny auction sites that have shut down and failed to deliver.

2. Now that you´re ready to bid you need to know how to bid.

Maybe you´d like to win a brand new laptop or TV, but with just your 50 bid pack you need to get familiar with the process before you spend all of your bids trying to win an item where other bidders are investing much more money.

As stated above, penny auctions get their name from the fact that each bid placed raises an item´s price (adding to the final price) by $0.01 (most always, increments vary by site). After you have purchased a bid pack you are free to place bids to try to win items.

Let´s say there is an active auction listed on a site right now and you want to start bidding. Make sure that the timer is counting down and doesn´t have minutes-hours left on the countdown timer. No, penny auctions are not like eBay, the timer may not run all the way to 0 with your bid up because with each bid placed time is added to the countdown clock. So basically, you could place a bid now and the timer on the item would be increased by a predetermined number of seconds, say 20, then I could place a bid the timer has counted down to the 3 second mark, once I place a bid, the timer again gets another 20 seconds added.

This continues until no one else places a bid over the current bidder, making the bidder with their name up the winner. Penny auctions do end, there´s just no predetermined end time, so they could end at any time if no one else bids over a current bidder.

Watch out: If you wait too long to bid, like when there´s 1 second left on the timer, due to lag time-latency, and your own response time, your bid may not get in and the auction could end with the opposing bidder the winner.

What will a penny auction cost you?

If you are the winning bidder of an auction you will have paid for each bid that  you spent on the item, plus the stated end price and possible shipping fees. You will need to claim the item you won, this is usually found in a user dashboard under won auctions. Make sure you know how much time you have to claim and pay for your items or you could easily lose them

Whether you win or not, any bids you placed in a penny auction are non-refundable, so bid wisely.

What penny auction site do you bid on?

In an industry rife with scam artists and lack of transparency, research is key.

Do some research into who owns a site. Many sketchy sites have shut down, taking bidder´s money, leaving many unshipped items. As a result of using mail forwarding addresses, hiding their whois information and not using real business names, so it can often be difficult to reclaim your money if you bid on a site that lacks in transparency.

We have found and exposed many penny auction sites here who have lied about a number of different very important things. From falsely claiming to be BBB accredited, to providing phony-bought testimonials, and even bidding on their own sites with bots and shill bidding (see our Penny Auction Hall of Shame for these stories and many more),  there are many sites that cheat consumers. Be on the look out for sites engaging in dishonest marketing to reel unsuspecting users in.

If a site claims to be BBB accredited make sure you go to the Better Business Bureau´s directory and check to see if they are really accredited. If a testimonial seems fishy, e-mail us and we will look into it.

If you have any questions about any penny auction site feel free to join our forum and ask us.

Some sites offer what are called newbie-beginner auctions, these are for bidders that have never won an item before and are great if you´re just starting out because the competition is likely to be less on these items. So, to get your feet wet, you reallycan bid on any item you choose, but I´d suggest starting on items just for beginners or smaller value items, i.e. a $25 gift card. 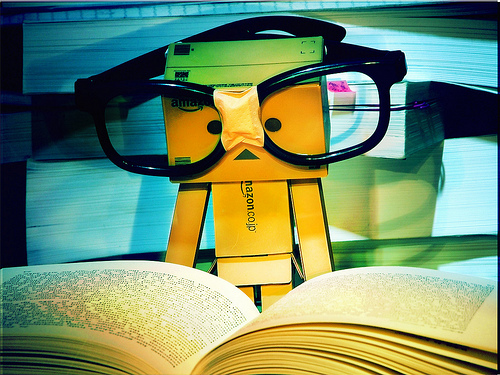 Arm yourself with knowledge to be better prepared to bid.

Once you have chosen both the site you would like to bid on and the items you are interested in be sure to take into consideration the following: 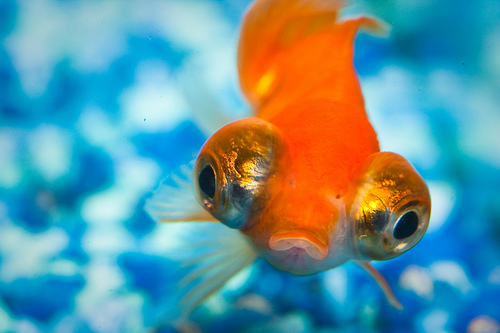 Don´t be a victim of bidder´s remorse: Bid wisely or you will regret it.
It´s very easy to get carried away when bidding on a penny auction. Know your limits and resist the urge to buy more bids if you don´t think you have a chance of winning. It´s hard to predict, but after you have spent hundreds and see more bidders come in, be very careful. They could very well spend just as much, if not more than you have already.
Penny Auction Terms & Faux Paus Explained 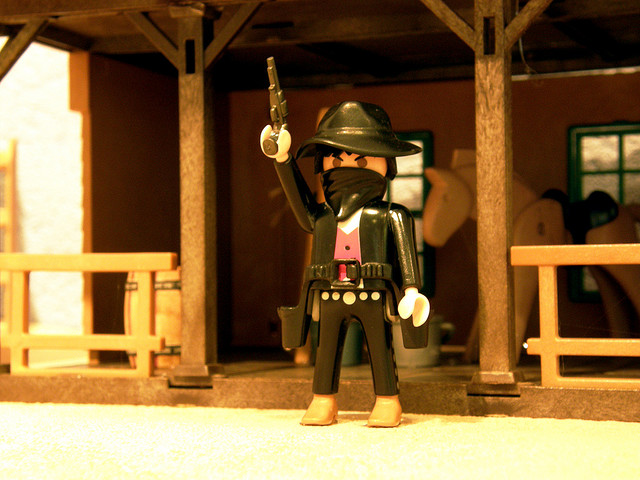 Powerbidders: What they have that you don´t (at least not right away):
What everyone wants – Money & reputation.  Powerbidders have made a name for themselves. They have bid thousands of dollars to win less than $100 on an item and they aren´t stopping any time soon. Many bidders who have a powerbidder reputation bid on penny auctions just so that they can resell the items on eBay, Craigslist and elsewhere. These same bidders have been able to make a hefty bit of cash. Feel free to bid against them, just watch out. A powerbidder vs. a powerbidder could end up costing both dearly.
Collusion:
There´s really not much that sites can do about this, but you need to watch out for colluders as well. It´s not difficult for a group of bidders to manipulate an entire penny auction site. Do not collude, it´s unethical & maybe even illegal.
Jumpers:
Bidders who come in later in an auction are referred to as jumpers by some penny auction bidders. There are no rules for when you can enter a penny auction, just watch out for the bidders who have the ¨you jump me, you´ll pay¨ mentality because it´s definitely out there. But it is how the game is played, so just keep this in mind when you bid. You could very likely spend $100´s of dollars in bids and someone else could come in and bid until they make you spend so much it hurts, they may or may not win, but expect this to happen.

Another misconception and unwritten penny auction bidding rule is tagging. Tagging is when a bidder thinks by being the first to bid they are entitled to win, they could not be more wrong. Many bidders use jumping-tagging, social collusion and psychological bullying tactics, don´t let this scare you, but be prepared for it.

Throttling:
Bid Throttling is a tactic used by some penny auction bidders to intimidate. What happens here is a bidder will hit the bid button as soon as an opposing bidder places a bid, on some sites this causes the throttler´s username to show at all times as the current could-be ¨winner.¨ Still have questions about penny auctions? Feel free to ask them here in our comments section and definitely join our penny auction forum to learn everything you´ve ever wanted to (and more) about pay-per bid auctions.

That’s why online pharmacies is becoming more pop over the last years. Well-known are remedies which are used to reduce inflammation caused by inflammation of the skeletal muscle etc. There were only few examples. Did somebody tell you about canadian generic Viagra? Maybe you along know about the question. Sexual disfunction can be a result of a physical condition. Even when it has a physical reason, psychological problems can make the disorder worse. Sex drive problems are so commonly a product of how you feel that there is something to that “headache” saying after all.

Next post: BidCactus Adds Buy it Now to Penny Auctions