You Don’t Have to Be Rich to Own Incredible Electronics 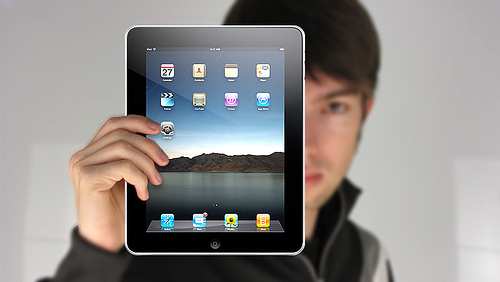 Did you know that penny auction bidding can be one of the best ways to score a great deal on the latest in consumer electronics?

Shortly after the iPad came out a few of the better known penny auction sites offered many brand new iPads, and some consumers were able to purchase them at significant discounts.

I personally had to spend retail for the iPad that I won on one penny auction site, but the site did provide a buy-it now option, so I didn’t lose much.

Some penny auction sites offer a buy-it now option where consumers can purchase popular consumer items at the site’s stated prices minus the cost of bids spent.

For instance, let’s say I spend $450 bidding to try to win a brand new HDTV, the TV is worth $450 and I didn’t win the item, all I would have to do now is buy the item from the site, in most cases I would only be required to pay shipping costs. Buy-it now is really a win-win for consumers, as long as you do a bit of comparison shopping and know that you would be alright with purchasing the item at the price the site specifies.

Many penny auction sites that have buy-it now have stated item prices that are comparable to popular merchants like Amazon.com, however, others may try to increase prices to make a profit.

Make sure you always do your research before you bid.

Let’s say you plan on going out and purchasing a brand new iPad, but would love to spend the time with the chance that you might just win it for much less than the retail price.

If you bid on a credible site, that offers buy-it now, and if you don’t you’ll still get your iPad and maybe a have a little bit of fun bidding. You really can’t go wrong, but you might just need a few hours to spare and patience. 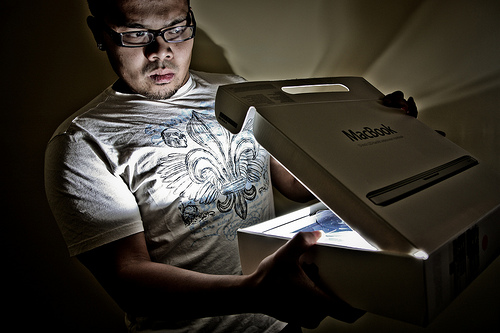 I was able to win my 27″ iMac, shortly after Apple began selling the Intel Core 2 Duo for as little as $228.70, including the bids I placed. That was nearly a $1,500 discount at the time, and really unheard of anywhere else.

Prior to that I won a 1st generation iPod Touch for as little as $50 back in ’09. Last year, a 32gb 4th generation for $90 (Retail: $399). I even won a brand new Wii on free bids when a new penny auction site gave out daily promo bids to pique users’ interest.  A few months ago I scored an awesome Apple TV for just a few bids (under $5!). I won a Panasonic DECT 6.0 PLUS cordless phone set, which BTW after almost a year is still working great, on just a free few bids.

Not only do penny auction sites offer Apple products, though I’m enamored with all of them, I’ve won a number of other really great consumer electronics:

Take for instance the Keuring Platinum single cup brewing system, I won one at a $76 discount, it’s great for quick coffee any time, and if you buy a My K-Cup kit you can make your own K-Cups and save money that way too. Along the way, I was able to win a KitchenAid Mixer, Saeco Nina Espresso machine, LaCie portable 500gb hard drive, Flip cameras, my Canon T1i dSLR and a variety of other popular items at significant discounts thanks to penny auctions.

I sometimes look back and think how I wouldn’t have been able to obtain all of my cool tech gadgets had I not discovered penny auctions.

Not all penny auctions are scams, you just have to know how they work.

Many critics have knocked penny auctions, they really think that all of them out to rip consumers off, but this just isn’t the case. Not all penny auction sites are scams, I know from first hand experience. Consumers need to first educate themselves, we provide many helpful articles and forum threads to help you out, too.

It’s true that many penny auctions have shut down and others have indeed stole from consumers. I’ve exposed many here over the past 2+ years, but if do your research and watch a site closely you may just be able to win a lot of really fun, new items. 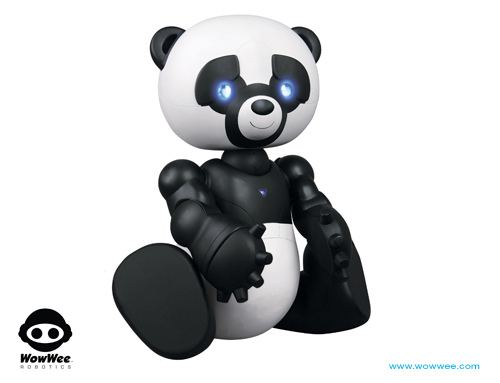 Penny auctions have also been known to offer other wonderful, quirky tech products.

Have you ever seen the WowWee Robopanda?

WowWee makes award winning robotic toys. Over a year ago I bid on and won the WowWee Robopanda at a significant discount on one penny auction site.

Needless to say it is still in the box, I plan on finding a good home for him. 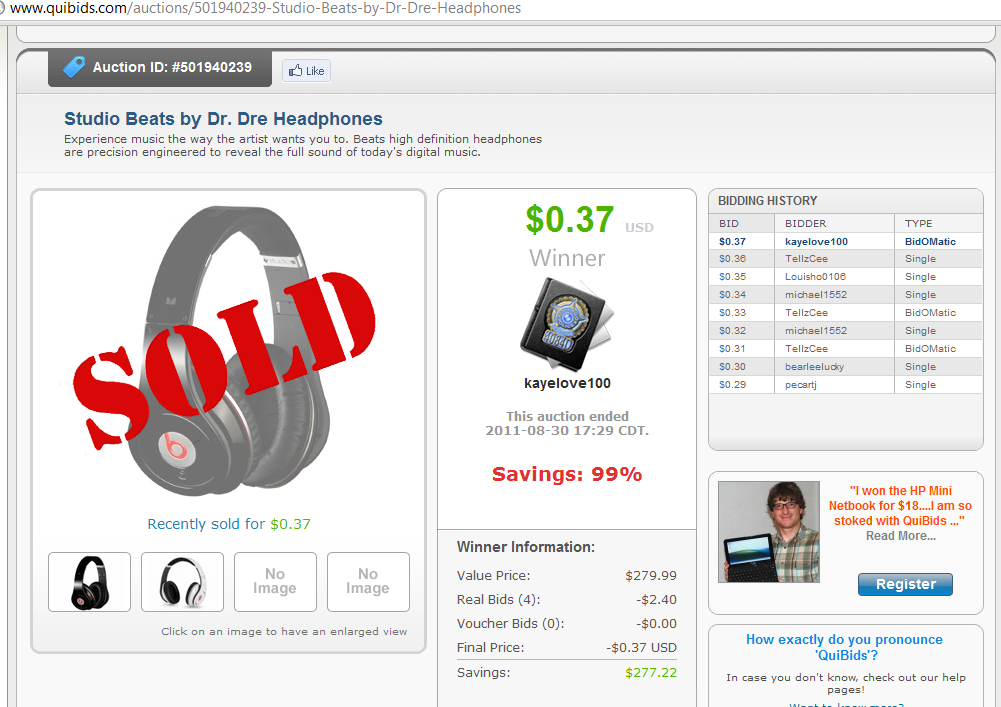 Perhaps you’re looking for a deal on a new pair of Beats headphones, a bidder recently won one for just $24.48, another for $2.40, 4 bids were placed to win. How about the Beats Limited Edition HP laptop?  A Dyson Ball vacuum was recently won by one bidder for $345.20.

In case you’re looking for something a bit more portable than a netbook, but aren’t in the market for an iPad, penny auctions offer many tablets including the NextBook and Acer tablet.

How about a ILG 1100W 3D Blu-ray theater system or Bose Acoustimass 5 Series III speaker set? A Nexgen II Night Vision Monocular was won for $51.20 by one penny auction bidder, a Haan System II steam cleaner, and even iPhones have been won by bidders at significant discounts. 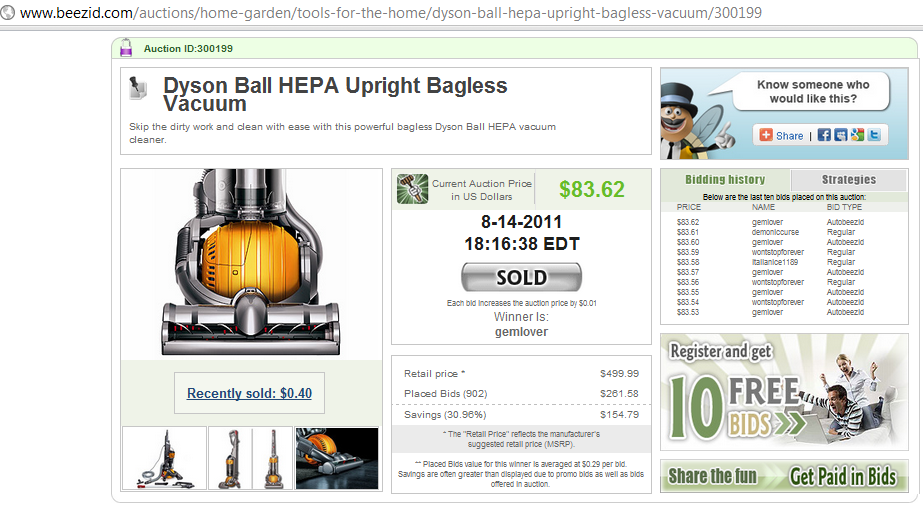 All of these items and more are up for bid right now on a number of popular penny auction sites.

The possibilities for even more innovative penny auction items are endless.

Too many penny auction sites have the same old items, it just doesn’t end up being fun any more for a consumer if all they’re left to bid on are the same items all the time.

What’s the next big thing?

Maybe it will be the Stem Vacuum, which looks really promising by the way, watch out Dyson?,  Toshiba’s sleek new Portege-z830 laptop – 0.63″ thick, the Android Walkman for music junkies, new iMacs with touch? The WiiU? It’s probably something that hasn’t even been brought to market yet.

I’m sure a lot of penny auction site owners are just waiting to see what innovative consumer electronics will be rolling out at the 2012 International CES (Consumer Electronics Show) on January. CES is the world’s largest consumer technology tradeshow.

*Penny auction bidding results will vary, make sure you do your research, read reviews, and closely observe a site and it’s bidders before you jump in!

Some rights reserved by mackarus

Some rights reserved by WowWee.com

That’s why online pharmacies is becoming more popular over the last years. Well-known are remedies which are used to reduce inflammation caused by inflammation of the skeletal muscle etc. There were only few examples. Did somebody tell you about canadian generic Viagra? Maybe you already know about the problem. Sexual dysfunction can be a result of a physical condition. Even when it has a physical cause, psychological problems can make the disorder worse. Sex drive problems are so commonly a product of how you feel that there is some to that “headache” saying after all.

Filed Under Auction Items Tagged With consumer electronics, penny auctions
About the author: Connect with me on Google+
3 comments… add one