The Penny Auction Site That Started it All is Back 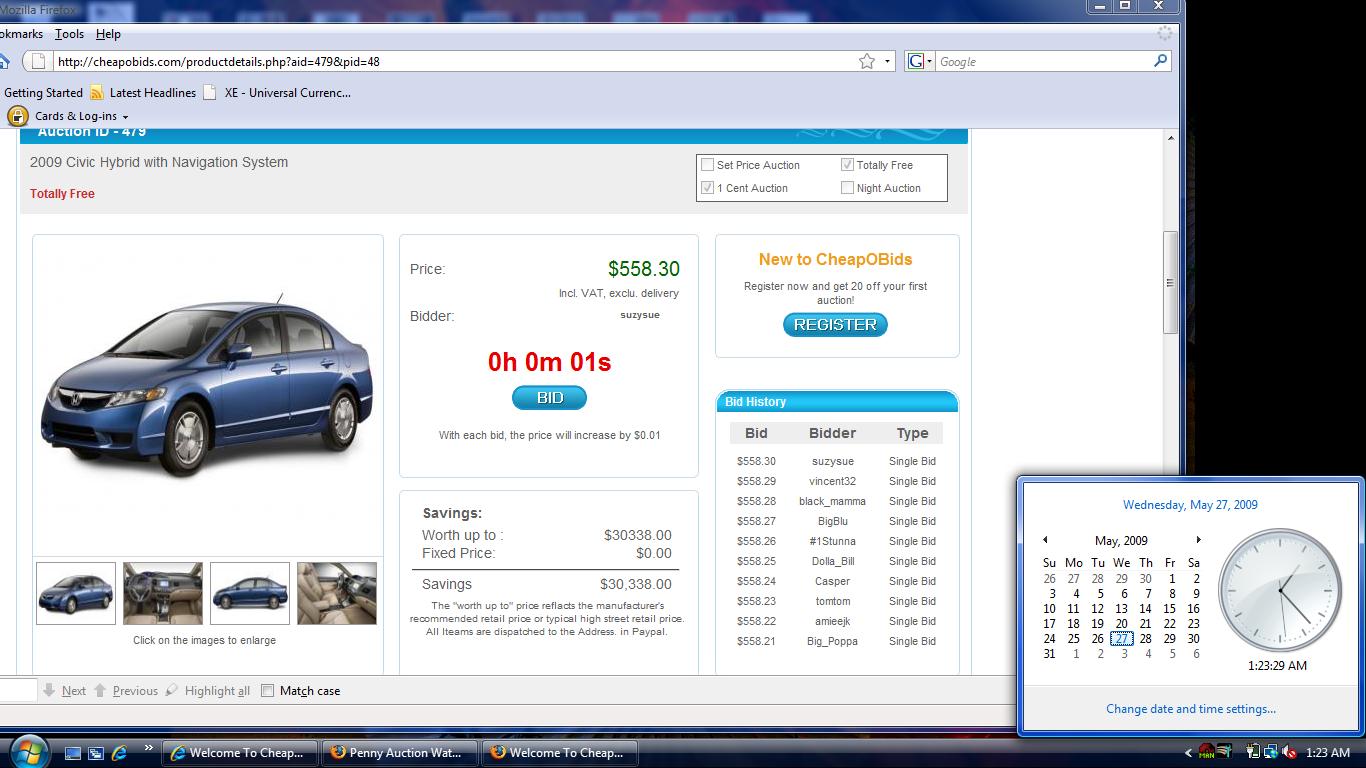 Ok well, kind of… Today we just learned that CheapoBids.com, the URL of the penny auction site that actually sparked the creation of Penny Auction Watch back in May of 2009 is back, but under new ownership.

Our first post about CheapObids can be found here http://www.pennyauctionwatch.com/2009/05/beware-of-cheapobids/

Back in 2009 CheapoBids offered not one, but two brand new Honda Civics among other items, they had received over 50k bids from what I still stand on were bot bidders with absurd names like 2Hot2Handle, RomeyRome, SuzySue, MikeyMike, ThatsHotParis and so on.

After personally having bid and won a number of items on the penny auction site YottaBid.com, the penny auction site that introduced me to the world of penny auctions – which, also thanks to this website I found that they were even shill bidding against me eventhough I did win and receive items – really!). I came across CheapObids, saw that they had a new car and that the “bidders” were letting the timer hit almost 0 before coming in to prolong the auction, foolishly, and unknowingly I purchased over $200 in bids to try the site out in hopes of winning a new car. Thankfully it wasn’t long before I realized I had been scammed and right away worked to file complaints with the Better Business Bureau, where  the company running the site was listed on.  Seeing how easy consumers could be lured in to this scam penny auction, I found out that penny auctions were very new, so new that there weren’t any resources for bidders to discuss penny auctions. So I set out to start Penny Auction Watch and since it has grown in ways I would have never even expected. A huge thank you goes out to all of our readers and members who have supported us over the last 3+ years, wow does time fly! 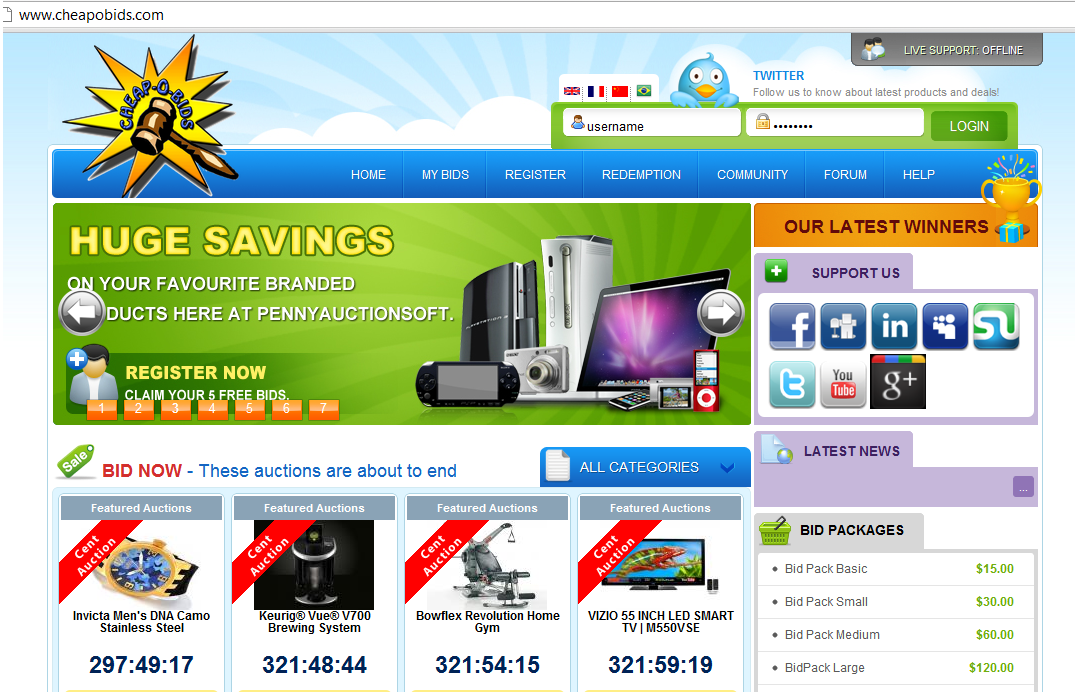 Elliott, the new owner of CheapObids commented on our blog recently to tell us,

“Hello,
My name is Elliott and I just purchased the Cheapobids.com domain and started a new Online Penny Auction. If I had know this name was is use prior to me starting, I would have switched. That being said, we have no affiliation with the previous owners of this domain name. We are for real and legit.
Check out our new site…”

CheapoBids’ site is live, but auctions are not queued to end for another 297+ hours and about info, etc. still appear to be stock text.

Discuss CheapoBids.com and all penny auctions in our forum!

That’s why online pharmacies is becoming more popular over the last years. Well-known are remedies which are used to reduce inflammation caused by inflammation of the skeletal muscle etc. There were only few examples. Did somebody tell you about canadian generic Viagra? Maybe you along know about the matter. Sexual dysfunction can be a result of a physical condition. Even when it has a physical cause, psychological problems can make the disorder worse. Sex drive problems are so commonly a product of how you feel that there is something to that “headache” saying after all.